UCC Briefing Note to the Minister of Immigration24 February 2022Next

February 24, 2022. TORONTO/OTTAWA – Today, Russia has declared war on Ukraine. The Russian army conducts military operations against the Ukrainian people, targeting several Ukrainian cities. There were reports of explosions in the capital Kyiv, Kharkiv, Odesa, and many others.

The Ukraine Humanitarian Appeal established by the Ukrainian Canadian Congress (UCC) and the Canada-Ukraine Foundation (CUF) today announced a major update on its fundraising efforts to respond to the humanitarian crisis ensuing from the current Russian invasion of Ukraine.

The Province of Alberta will donate $1 million toward humanitarian aid efforts in Ukraine as Russian aggression in the country escalates.

“The UCC and CUF are also pleased to announce that the Temerty Foundation has generously donated $750,000 to the Ukraine Humanitarian Appeal,” said Orest Sklierenko, CUF’s President and CEO.

“We are extremely grateful to them for their generous contribution and ask all Canadians to join in our efforts to help people in Ukraine who have had to flee their homes,” said Alexandra Chyczij, President of the Ukrainian Canadian Congress.

Members of the Ukrainian Canadian community, many of our friends and colleagues across Canada, community organizations, provincial governments and a major donor have responded to the appeal and helped us exceed the preliminary Phase I target of $1.5M.

Today we are announcing a Phase II target of $5M aimed at continued supplies of food and medicine for displaced Ukrainians.

“In addition to streamlining the Canadian response, we are also encouraging other Ukrainian diaspora countries to do the same and assess how to best support Ukrainian people at this time of need,” – said Orest Sklierenko, CUF’s President and CEO. 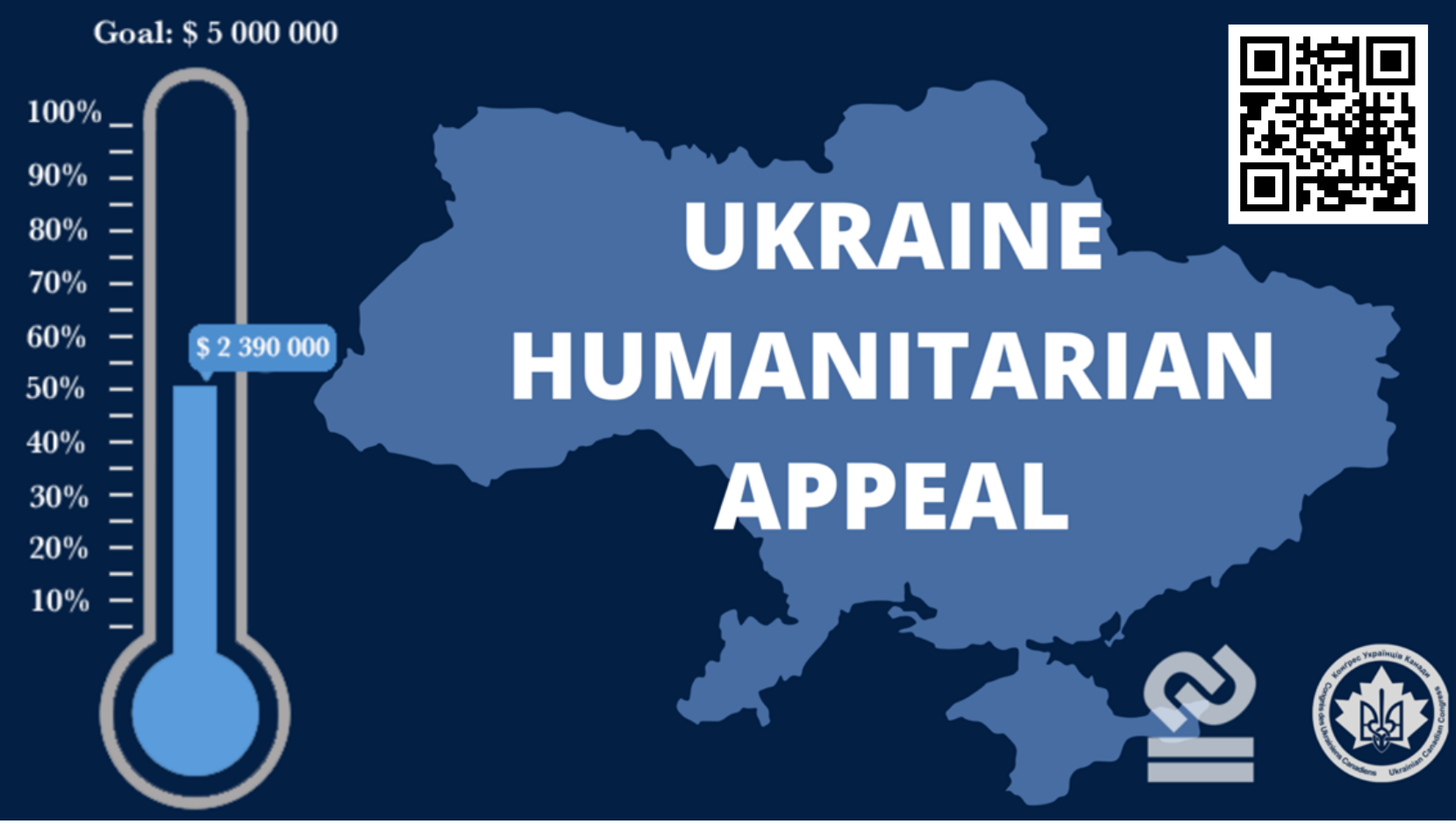 Your donation is needed to help support this important community project!

Donations in support of humanitarian relief can be made through:

The Ukraine Humanitarian Relief Committee has been established jointly by the Ukrainian Canadian Congress and the Canada Ukraine Foundation to formalize a coordinated approach in providing humanitarian assistance quickly and efficiently to those in need in Ukraine to address any further aggression by Russia. The main efforts of cooperation are to provide humanitarian assistance/relief in the areas of Assistance to displaced persons, Medical care, Emergency Shelter and Food security.