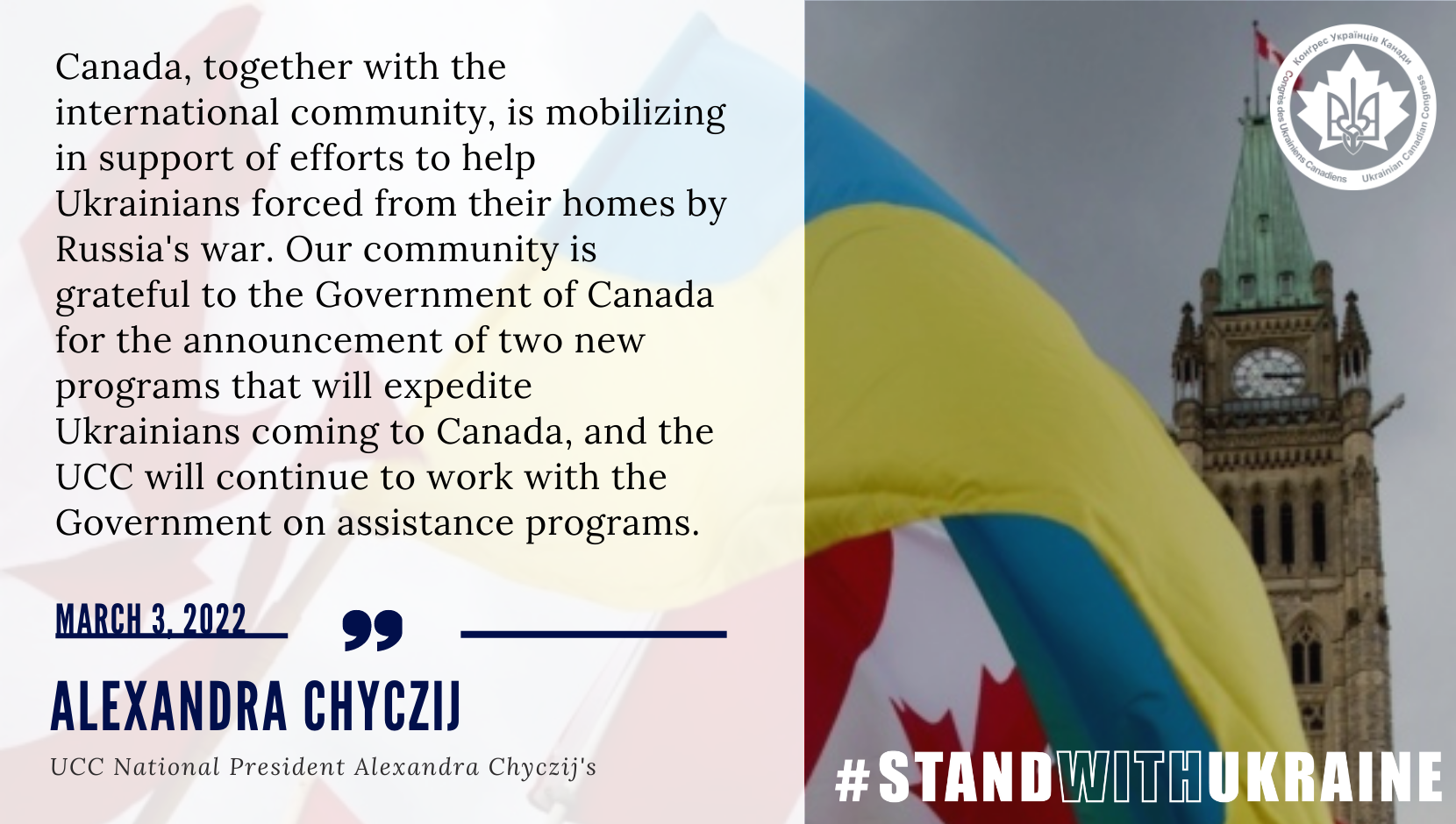 March 3, 2022. OTTAWA, ON. Today, the Government of Canada announced additional support for Ukrainians displaced from their homes by Russia’s war against Ukraine.

“Russia is trying to destroy Ukrainian cities and towns from the air. These are crimes against humanity that are causing a humanitarian catastrophe not seen in Europe since World War II. Over 1 million Ukrainians have been forced to leave Ukraine,” stated Alexandra Chyczij, National President of the Ukrainian Canadian Congress. “Canada, together with the international community, is mobilizing in support of efforts to help these innocent people. Our community is grateful to the Government of Canada for the announcement of two new programs that will expedite Ukrainians coming to Canada, and the UCC will continue to work with the Government on assistance programs.”

The Government of Canada announced the Canada Ukraine Authorization For Emergency Travel. The Department of Immigration, Refugees and Citizenship Canada stated that they aim to have this program open for application in two weeks:

IRCC also announced a special family reunification sponsorship pathway for permanent residence, the details of which will be developed in the coming weeks.

All Ukrainians who come to Canada on these two programs will be eligible for open work permits.

More information on today’s announcement, and other previous announcement of support by the Department of Immigration, Refugees and Citizenship is available here: Canada to welcome those fleeing the war in Ukraine