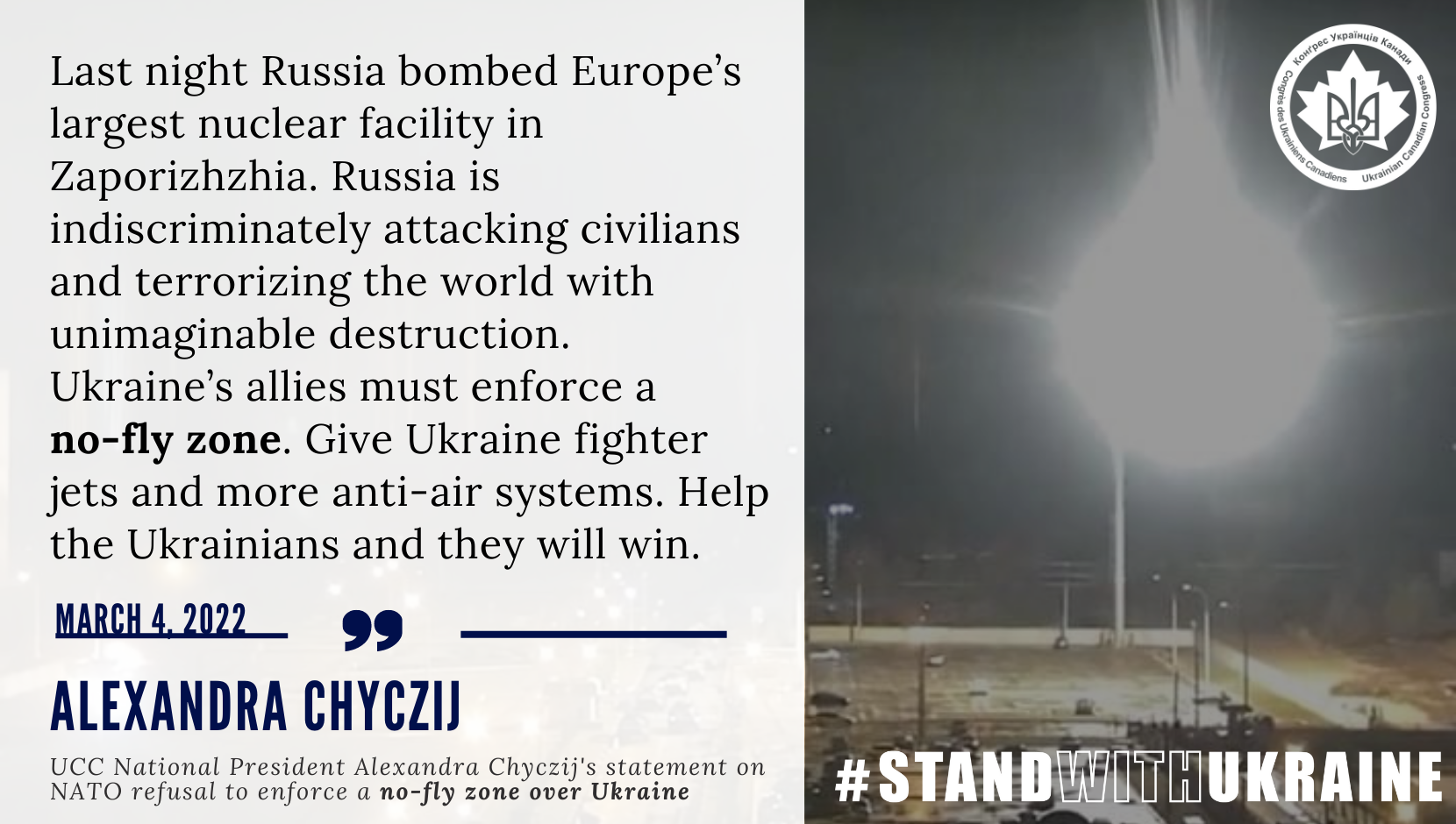 Today, following a meeting of NATO foreign ministers, NATO Secretary General Jens Stoltenberg stated that NATO has no plans to enforce a no-fly zone over Ukraine. This refusal to enforce a no-fly zone over Ukrainian territory evidences a profound misunderstanding of the gravity of the situation in which the world finds itself after Russia began its all-out assault on Ukraine.

NATO feared that its intervention would trigger a nuclear response from Russia.  Last night, Russia triggered a nuclear response by bombing Europe’s largest nuclear facility in Zaporizhzhia. This wanton recklessness could soon lead to catastrophic consequences for the entire world.  By failing to react swiftly, and projecting weakness, the world is emboldening Putin to proceed with his plans of annihilating Ukraine and its people.

Russia’s war of genocide against the Ukrainian people is not only a war against Ukraine. If Putin wins in Ukraine, the rest of Europe and the world will be threatened and menaced by his regime. Russia is indiscriminately bombing and shelling Ukrainian civilians, purposely murdering innocent people. Russia has resorted to shelling nuclear power plants, terrorizing the world with unimaginable destruction.

These are the actions of a depraved and evil regime that must be stopped. Ukraine and 40 million Ukrainians are fighting to stop it. Help them. Close Ukraine’s airspace. Give them fighter jets. Give them more anti-air systems. Help them and they will win.