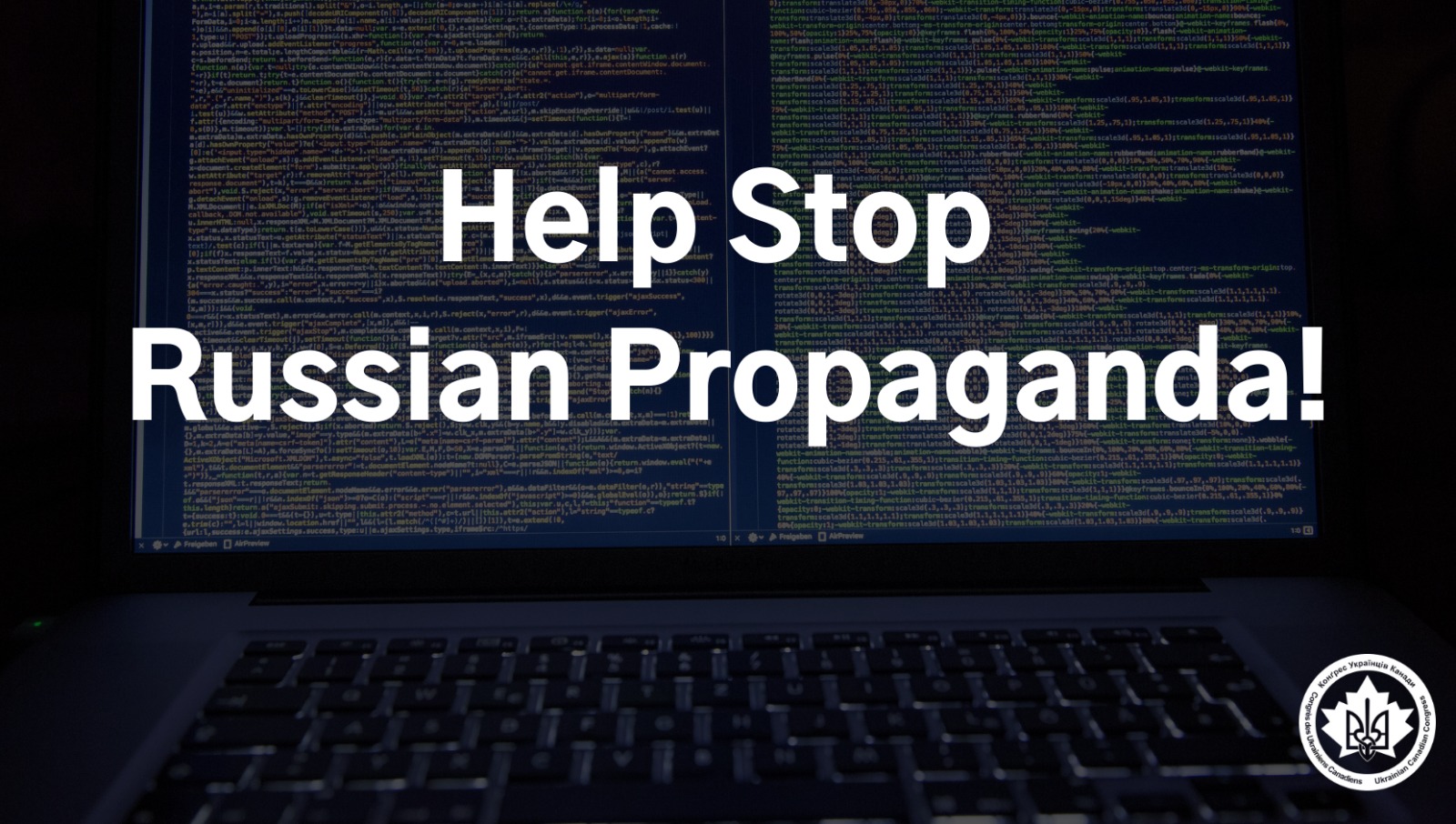 As Russia wages a genocidal war against Ukraine and systematically commits atrocities and crimes against humanity against the Ukrainian people, it is long past time for the Government of Canada to ban Russia’s propaganda machine from broadcasting in Canada.

Help us stop the lies!

The Canadian Radio-television and Telecommunications Commission is holding a public consultation on removing Russian state broadcaster RT from Canadian airwaves. Have your voice heard and tell our Government to ban Russian propaganda.

To participate and add your voice please click here:

A draft text you can send in: