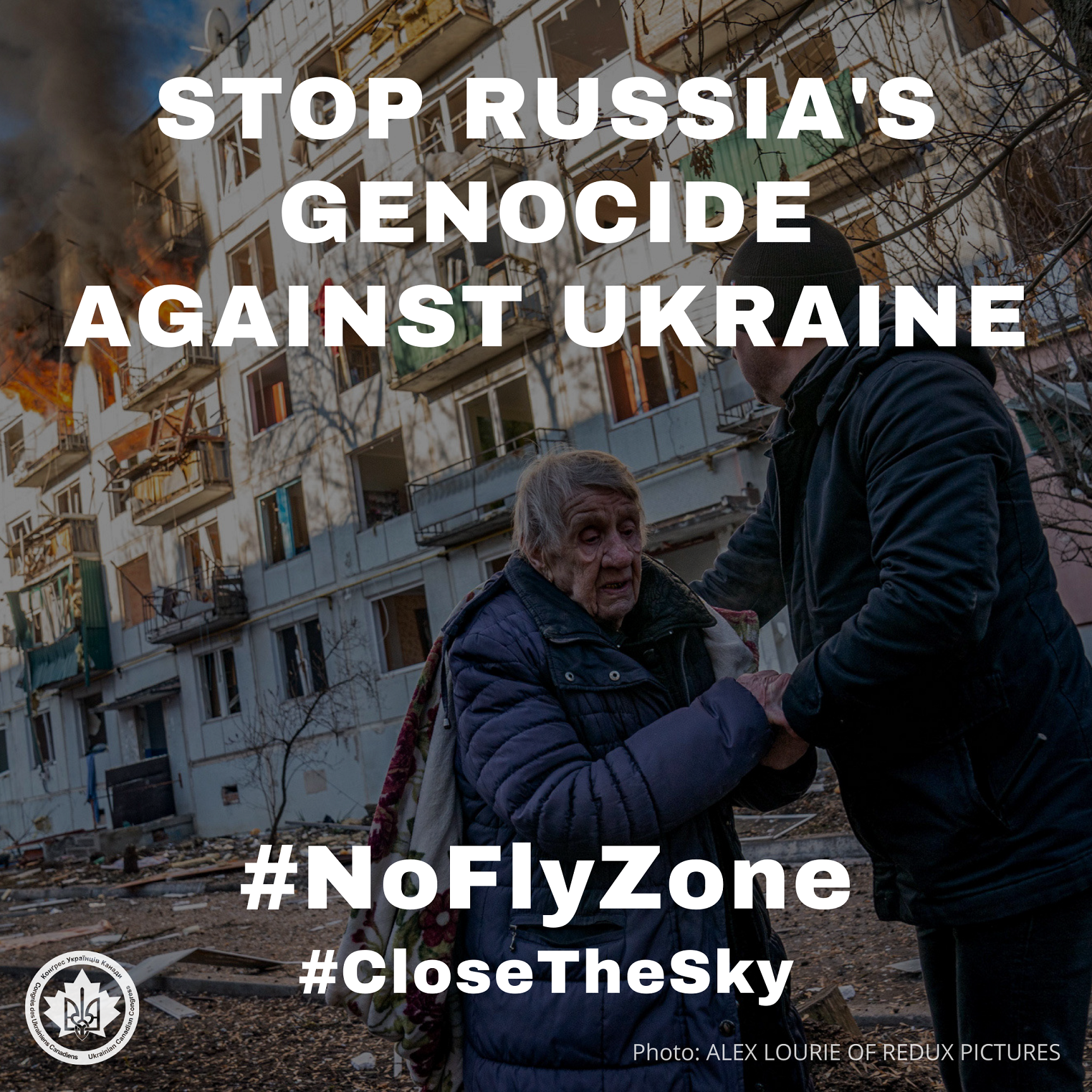 Meeting valiant resistance from Ukraine’s Armed Forces and the entire Ukrainian people, who have risen, united, to defend their homeland, Russia has turned to a campaign of terror aimed at civilians.  Russia is indiscriminately attacking Ukraine’s cities and towns with rockets and air power.

Russian forces are firing on humanitarian corridors, purposely targeting women, children and the elderly. The civilian death toll mounts every day. Thousands of civilians have been murdered or injured by Russia’s attacks. Two million civilians have already been forced to leave Ukraine.

“Putin is trying to destroy a country of over 40 million people. This is barbarism not seen in Europe since the dark days of Hitler and Stalin. The Russian regime is evil. Evil must be defeated,” stated Alexandra Chyczij, National President. “To those leaders in the West who still naively believe that they can stand aside – you can’t. Putin’s war against Ukraine is a war on all of us. The Ukrainians fight not only for themselves, but for us as well. They do not ask you for our troops. They ask us to cover their sky. Do it.”

The UCC appeals to Prime Minister Trudeau, who is in Europe meeting with allies, President Biden, Prime Minister Johnson and leaders of the European Union – You have the power to stop this carnage. You have the power to stop Putin’s genocide against Ukrainians. Enforce a no-fly zone. Give Ukraine fighter jets and anti-aircraft systems. We demand you act. After WWII we swore that never again would we allow the evil wrought on the world in those terrible years to rise again. History demands you act. Do it today.

What you can do to help: Write to your MP today!

Demand that Canada and allies enforce a no-fly zone over Ukraine!