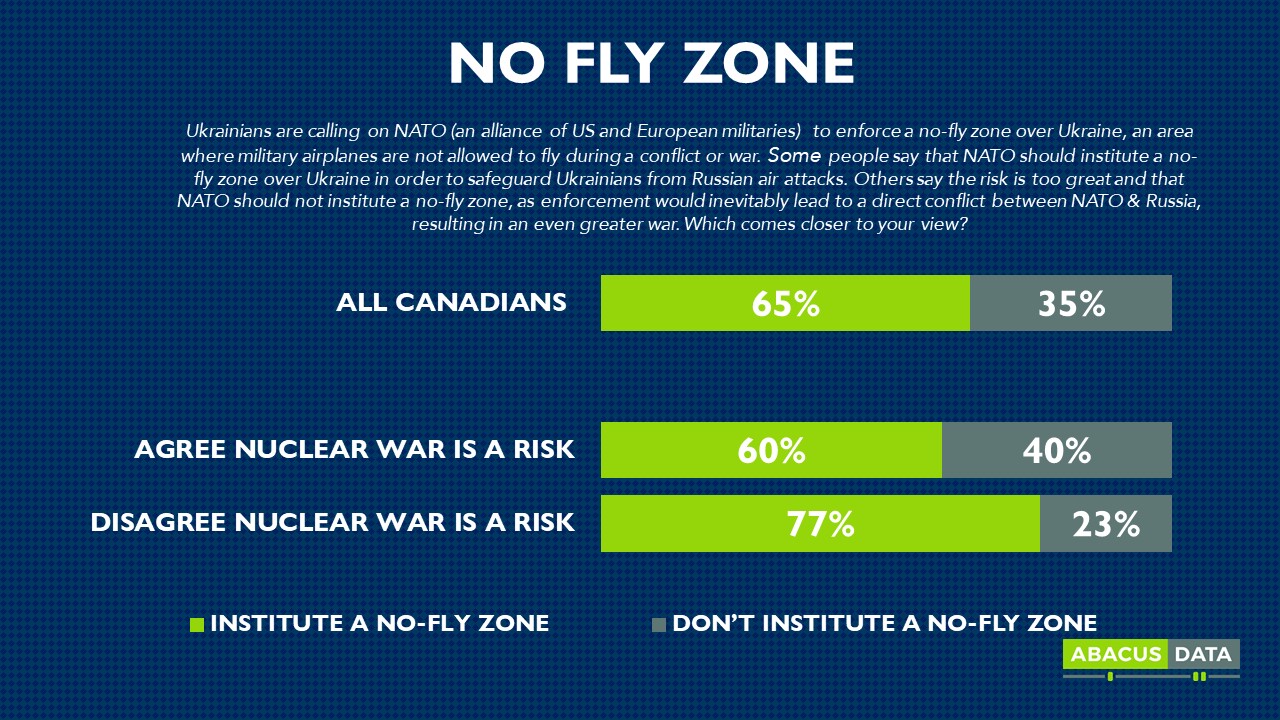 March 9, 2022. OTTAWA, ON. The Ukrainian Canadian Congress (UCC) calls on the Government of Canada to hear the voice of Canadians and work with NATO allies to immediately enforce a no-fly zone Ukraine.

The survey published by Abacus is available here:

“The Canadian people understand what action is required to protect Ukrainian civilians and to help Ukraine defeat Russia.  The Government of Canada must heed the voice of Canadians and help Ukraine now. NATO must enforce a no-fly zone over Ukraine,” stated Alexandra Chyczij, National President of UCC. “Putin’s Russia is committing genocide against the Ukrainian people. The longer Prime Minister Trudeau and Western leaders refuse to act to stop this evil, the worse the suffering of Ukrainians will become.”

Every day, a nation of over 40 million people defends the values that define us as Canadians – freedom, democracy, self-determination. Every day, knowing it cannot defeat Ukraine, Russia rains hell down from the sky upon innocent civilians. Russian forces are firing on humanitarian corridors, purposely targeting women, children and the elderly. The civilian death toll mounts every day. Thousands have been murdered or injured by Russia’s attacks. Two million Ukrainians have already been forced to leave Ukraine.

“Ukrainians are defending all of Europe from the onslaught of Russian tyranny. Western leaders naively believe they can stay out of this fight. They can’t. Today it is Ukrainians who bleed, alone, for liberty. If we don’t help them win, tomorrow it will be us who bleed,” stated Ihor Michalchyshyn, UCC CEO. “Canadians are clear – they want more action from our governments and more support for Ukraine. Give it to them now.”

As stated by Abacus Data, “The Government of Canada has clear, cross partisan public support to pursue an aggressive pro-Ukraine foreign policy in the context of Russia’s invasion. Support was substantial before the Russian invasion and has only grown since.”

From outside Kyiv, Ukrainian Canadian lawyer Dan Bilak appeals for support for a no-fly zone. To view please click below:

What you can do to help! Write your Member of Parliament and demand a no-fly zone for Ukraine! Click below for more information 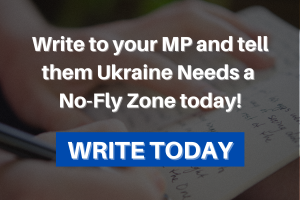