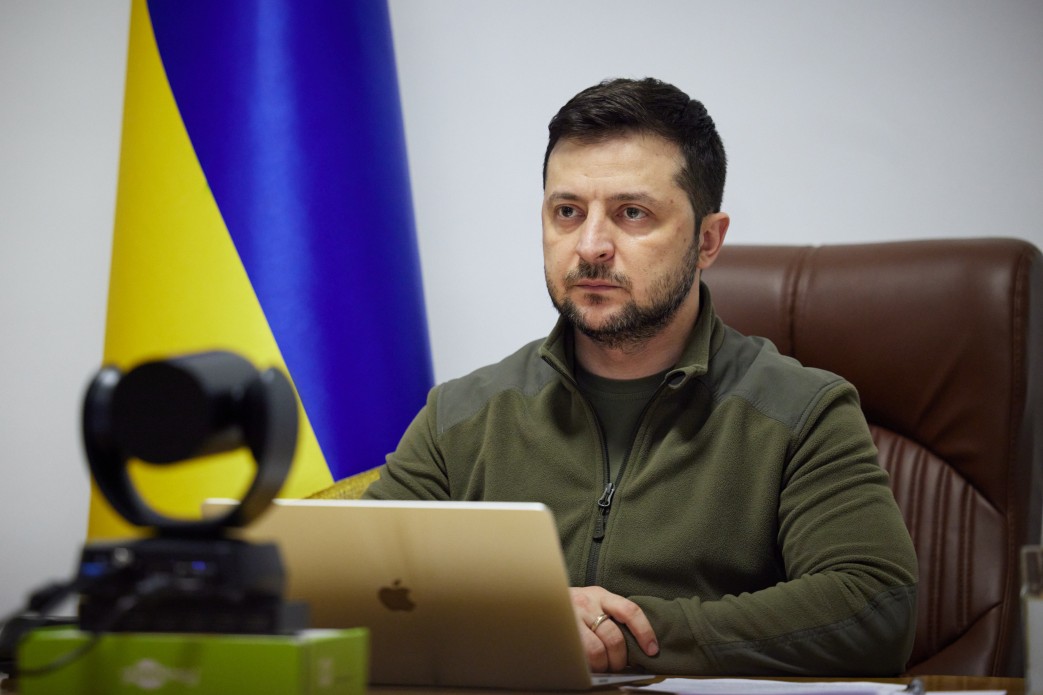 March 15, 2022. OTTAWA, ON. Ukraine’s President Volodymyr Zelenskyy delivered an historic address to Canada’s Parliament. As the Ukrainian people heroically defend themselves from a full-out Russian invasion, President Zelenskyy called on Canada and allies to strengthen support for Ukraine and enforce a no-fly zone over Ukraine.

President Zelenskyy stated, “Can you imagine when you call your friends, a nation, and you ask, ‘Please close the skies. Close the airspace. Please stop the bombing. ‘How many more of those missiles have to fall on our cities until you make this happen?”

To view President Zelenskyy’s address in full please click below:

“President Zelenskyy delivered a moving appeal on behalf of more than 40 million Ukrainians who are fighting valiantly, defending their freedom from Russia’s genocidal war,” stated Alexandra Chyczij, National President of the UCC. “The UCC and the Ukrainian Canadian community join President Zelenskyy in strongly urging Canada and NATO allies to enforce a no-fly zone over Ukraine to prevent Russia’s savage attacks on civilians.”

“While Canada and allies must redouble support for Ukraine’s defence, we must also focus on addressing the horrific humanitarian crisis caused by Russia’s vicious attacks,” stated Chyczij. “We are grateful to Prime Minister Trudeau and Deputy Prime Minister Freeland for meeting with us to hear the concerns and recommendations of the Ukrainian community in Canada.”

The delegation called on Canada to: