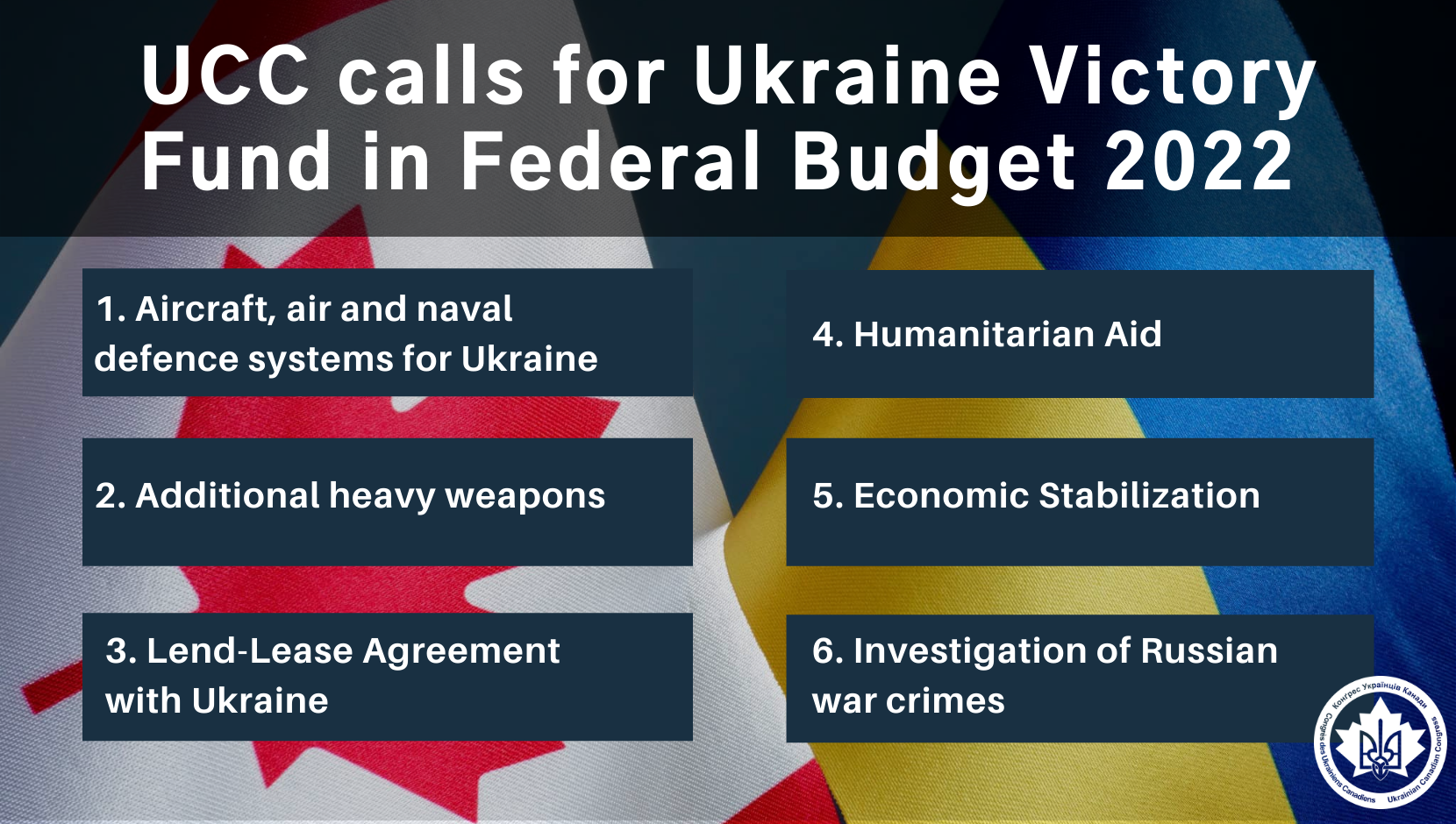 April 4, 2022. OTTAWA, ON. Canada’s 2022 Federal Budget will be presented on April 7. Ahead of the Budget, the Ukrainian Canadian Congress (UCC) developed a briefing note to The Honourable Chrystia Freeland, Deputy Prime Minister and Minister of Finance.

As Russia continues its genocidal war against Ukraine and the Ukrainian people, the UCC called for the establishment of a Ukraine Victory Fund in Budget 2022.

“Budget 2022 is an opportunity for the Government of Canada to adopt a policy of robust support for Ukraine which would effectively assist the Ukrainian people in their ongoing and courageous defence, not only their own country, but of liberty on the European continent,” stated Alexandra Chyczij, National President of the UCC. “Canada must invest in the victory of democracy, human rights and freedoms which all Canadians cherish, and for which the Ukrainian nation is fighting.”

The Ukraine Victory Fund would finance: