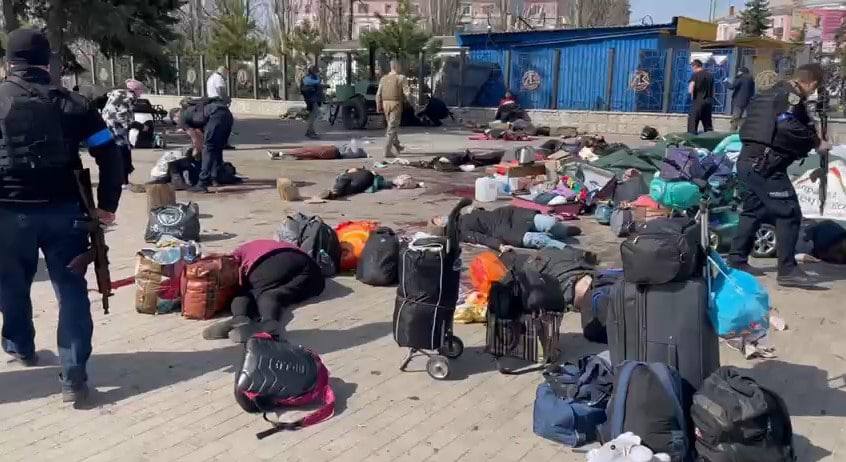 The Ukrainian Canadian Congress issued the following statement on the Russian rocket attack on civilians in Kramatorsk, Donetsk, oblast

Today Russia purposely attacked civilians at the railway station in Kramatorsk, Donetsk oblast. Over 30 people have been murdered and more than 100 wounded in this barbaric, premeditated attack. Russia knew that the Kramatorsk railway station was full of thousands of civilians. These civilians were trying to evacuate the area because of the war of annihilation that Russia is waging against Ukraine.

Every day of Russia’s war against Ukraine brings new war crimes, new crimes against humanity and new horrors. Ukrainian women and girls are raped by Russian soldiers, civilians are tortured, executed, forcibly deported to Russia. Cities and towns are savagely attacked by Russia from the air, hospitals and schools and apartments bombed. These are crimes of genocide. Russia is seeking to destroy the Ukrainian people. The Russian regime is an evil that must be defeated, lest this evil spread.

Russia will not stop murdering Ukrainians unless Russia is stopped with force. The longer Canada and our allies refuse to provide Ukraine with the aircraft, anti-air and anti-missile defence systems, tanks, artillery and sophisticated weaponry Ukraine needs to defeat Russia, the more innocent people will be murdered.