Hate crime against Ukrainians in Sudbury, ON12 April 2022Next

Growing up in a forced famine: Remembering the stories of Ukraine’s Holodomor survivors14 April 2022
April 13, 2022in News 0 Likes 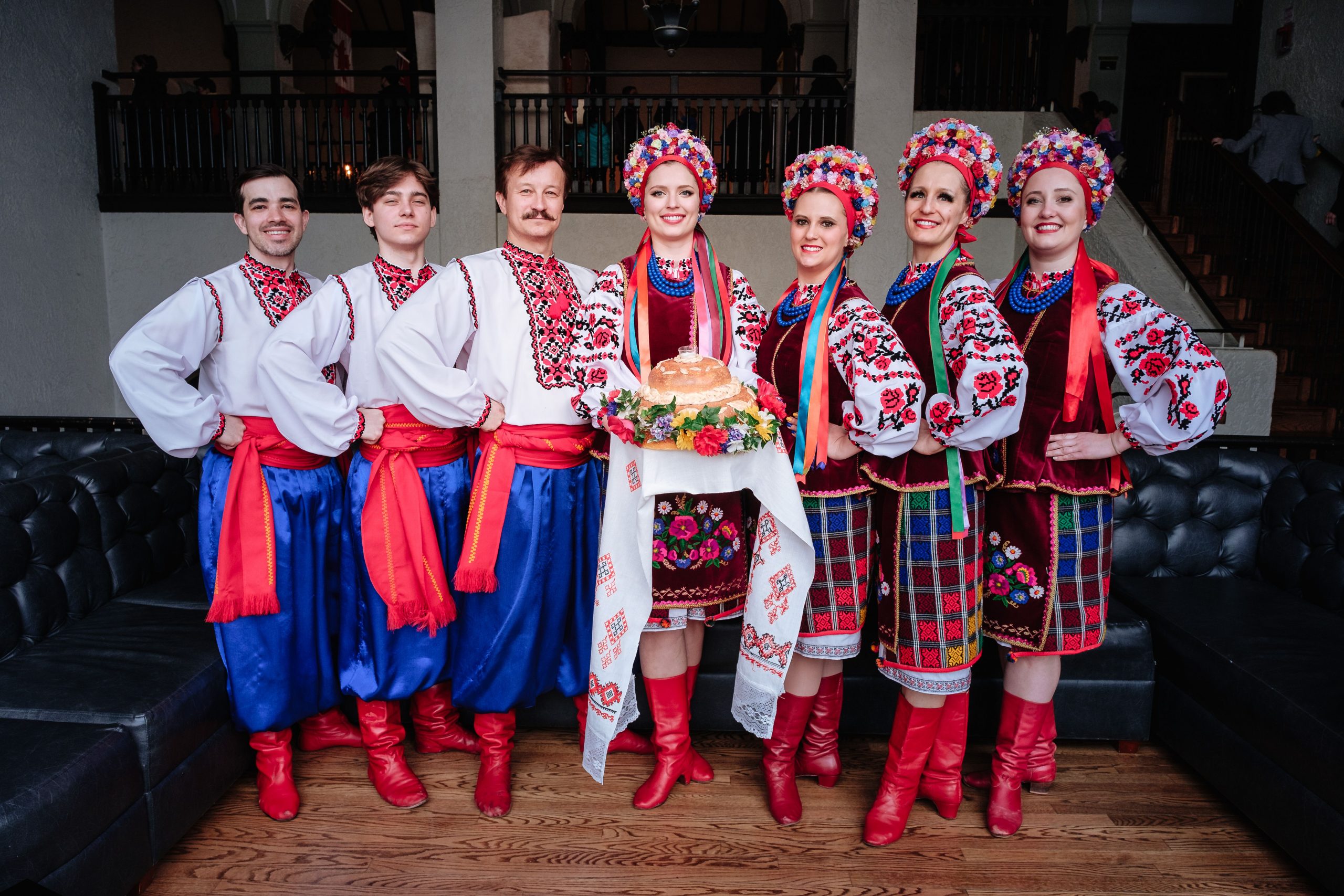 April 13, Toronto, Ontario. The Ukrainian Canadian Congress (Toronto Branch) is pleased to announce that $30,587.15 was raised in support of the UCC-CUF Ukrainian Humanitarian Appeal on Sunday March 27,2022 at the Ukrainian Day at Casa Loma fundraising event.

Peter thanked Nick Di Donato, President and CEO of the Liberty Entertainment Group, the Italian Chamber of Commerce of Ontario (ICCO), the Canadian Italian Business and Professional Association (CIBPA) for their participation and support as well as Lenny Lombardi of CHIN Radio and TV for broadcasting live from the castle on this occasion.

“This event was a coming together of the Italian Canadian and Ukrainian Canadian communities in support of the people of Ukraine,” said Nick Di Donato, president and CEO, Liberty Group. “We’re both proud and honoured to help with during this time of extreme need by hosting this fundraiser at Casa Loma and encourage all Torontonians to give. We’re all deeply affected by this international humanitarian crisis, and we’re committed to assisting in whatever way we can.”

UCC National Executive Board member and event organizer, Olya Grod, commented that the “it was a wonderful opportunity for the public to not only tour the Castle, but to also boost the fundraising efforts of the Ukrainian Canadian community to assist with humanitarian assistance while Ukraine is being attacked by Russia”. This war has already caused 4 million Ukrainians to flee their country and over 7 million Ukrainians to be internally displaced. Olya also thanked Orest Haluszka, Natalia Brzuska and Zoryana Grod for their assistance in organizing and managing this event.

An art exhibit of posters created by Ukrainian artists representing peace symbols was mounted by Oksana Hawrylak and displayed outside on the glass walls of the Castle’s green house. Artist Martin Russocki displayed a portrait he created of Ukrainian President Volodymyr Zelensky. 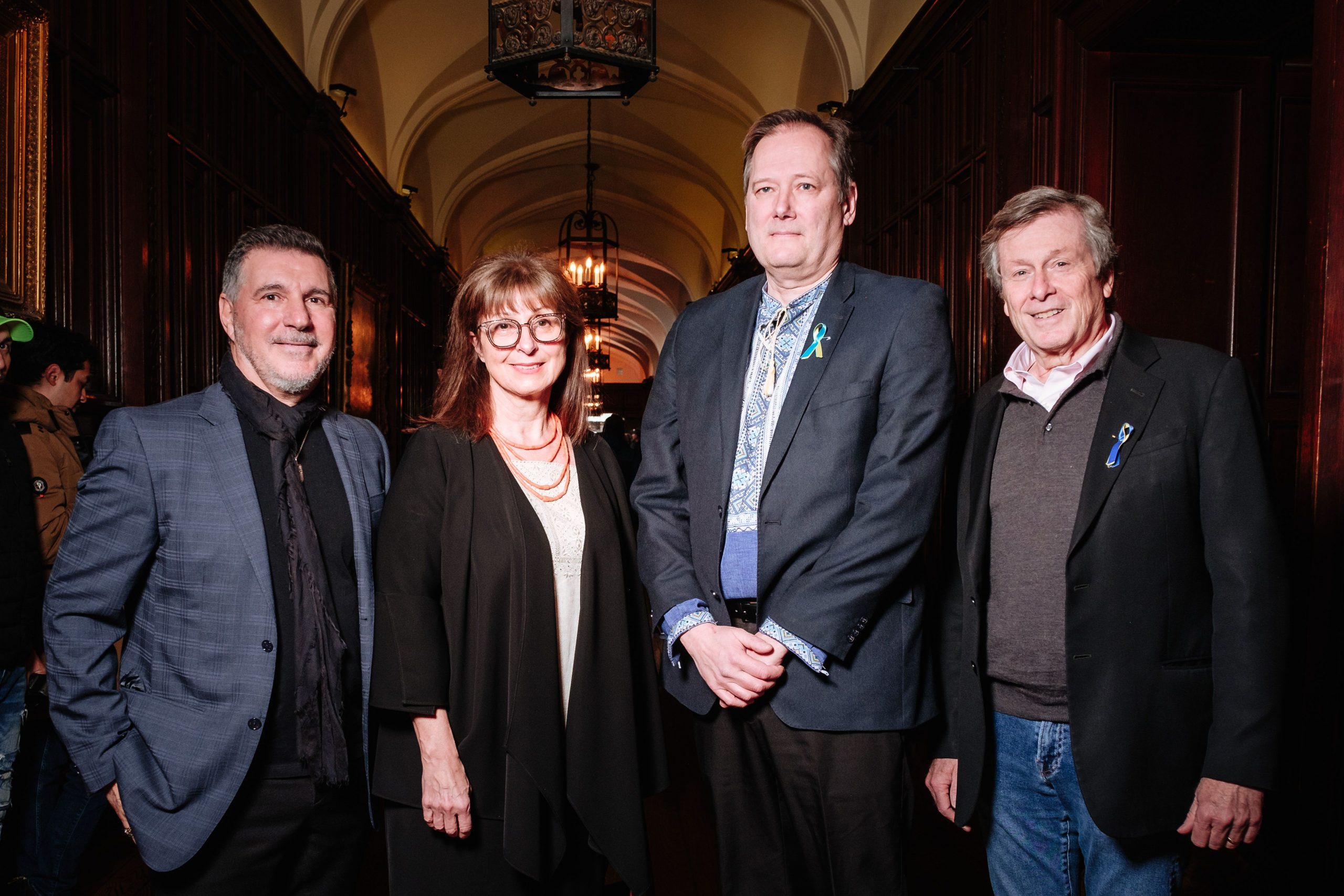 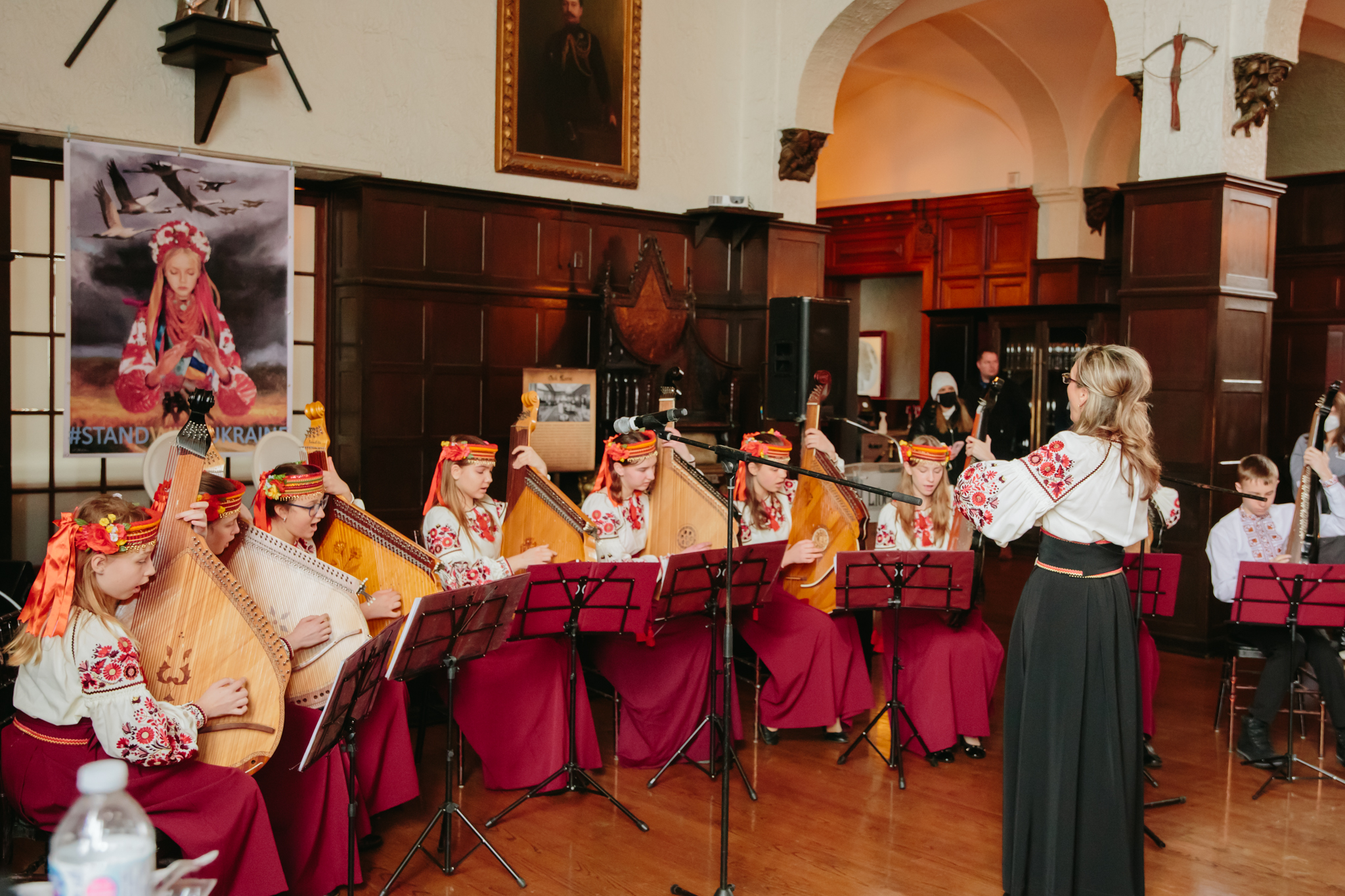 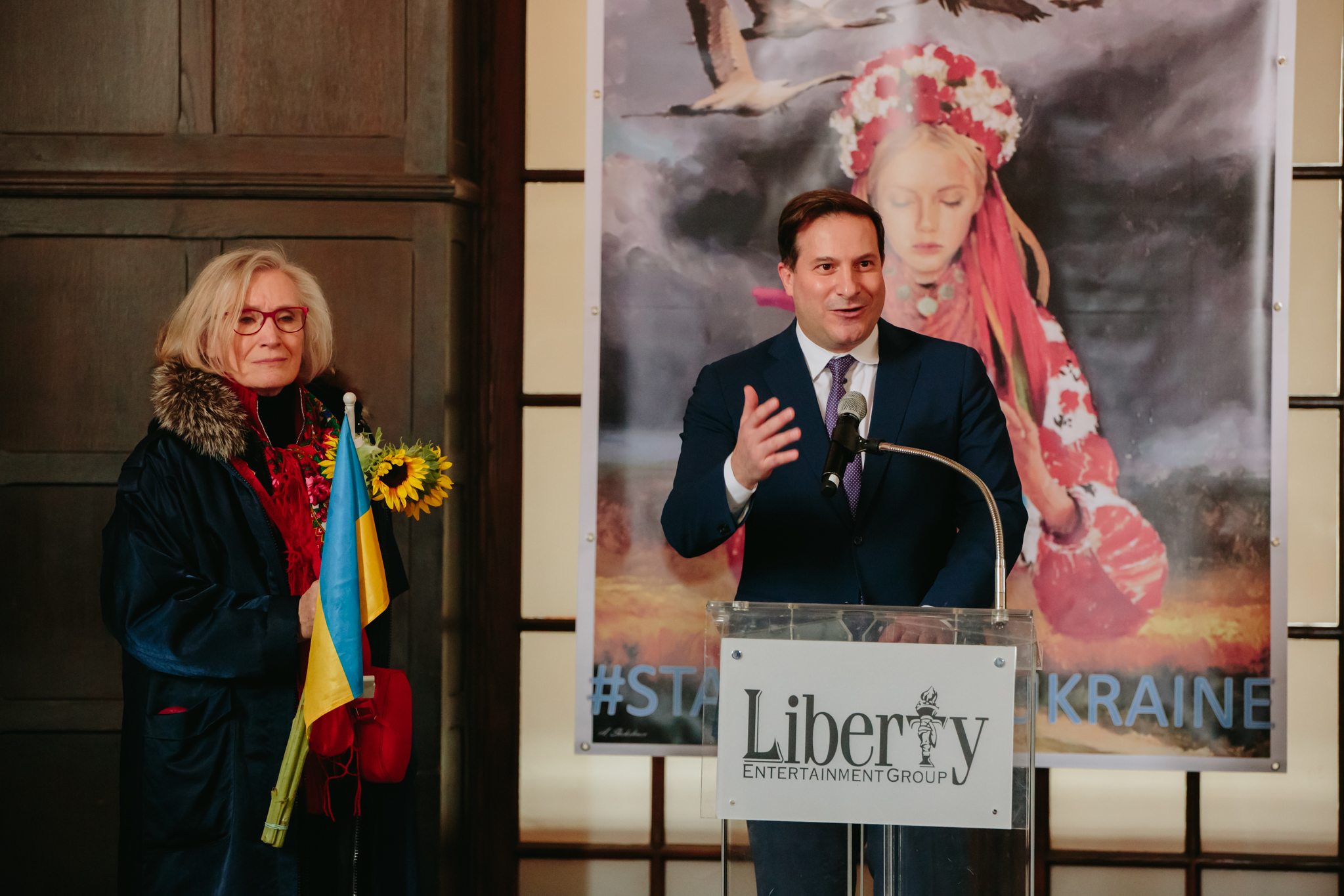