May 7 Ukraine Humanitarian Appeal Update06 May 2022Next 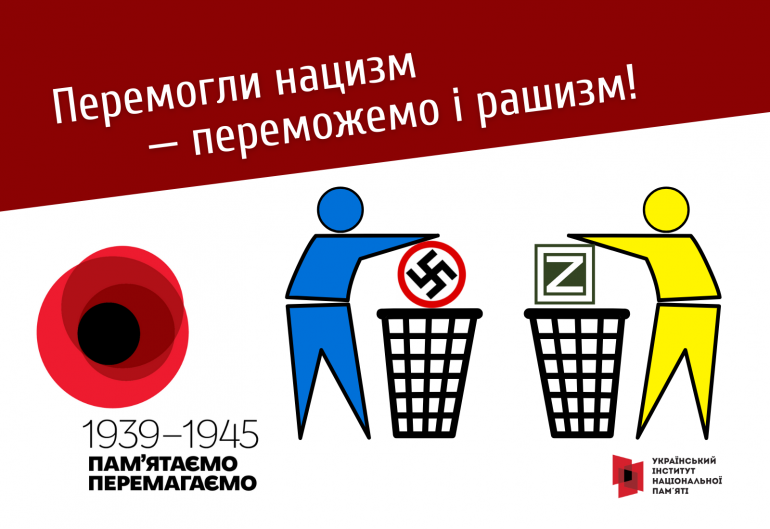 On May 8, 1945, Nazi Germany surrendered unconditionally to the Western Allies and the Soviet Union. World War II in Europe, which had begun in 1939 with the German-Soviet invasion and dismemberment of Poland, was ended. After more than five years of the most brutal war ever inflicted upon humanity, the guns of Europe fell silent on May 8.

We pause today to pay tribute to the brave men and women who served Canada in WWII. More than 45,000 Canadian sailors, soldiers, and airmen made the supreme sacrifice and over 55,000 were wounded in the struggle to defeat tyranny. More than one million Canadians served in uniform during WWII – among them some 40,000 of Ukrainian origin. We owe our brave soldiers an eternal debt that can never be repaid.

While on the Western front, Canada and the Western allies liberated Europe from Nazi despotism, on the Eastern front, Stalin’s Soviet Union brought more oppression, death, and cruelty to the captive nations of Eastern Europe.

We recall that the peoples of eastern Europe were forced to struggle for their freedom and deliverance from Soviet Communist colonialism for two generations following the end of World War II.

Today, war has once again returned to Europe and the spectre of Russian tyranny once again threatens the continent. Russia wages a war of annihilation against Ukraine – seeking to destroy the Ukrainian people. Ukrainian civilians – women, children, and the elderly – are targeted by a campaign of terror bombing. The besieged city of Mariupol, a few short weeks ago a vibrant city of 400,000 is reduced to rubble. Mariupol will go down in history among European martyr cities like Coventry and Warsaw.

Russia has returned to Europe concentration camps and mass forced deportations. Mass rape and torture are used by Russia as weapons of war. Russia has wrought upon Ukraine malignant evil not seen in Europe since the dark days of Hitler and Stalin. Canada’s House of Commons, together with other legislatures, has recognized Russia’s actions in Ukraine as acts of genocide against the Ukrainian people.

Today the Ukrainian people fight courageously to defend their country and the freedom of Europe. We stand with Ukraine’s brave sons and daughters, certain in the victory of the Ukrainian people.  Just as Hitler’s Germany was defeated on May 8, 1945, with God’s help, Putin’s Russia will one day soon meet the same fate.