The Impact and Future of Russia Sanctions 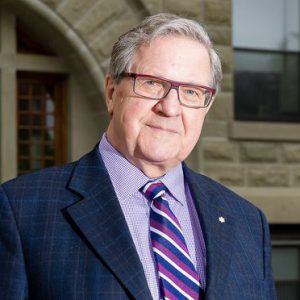 The Honourable Lloyd Axworthy is the chair of the World Refugee & Migration Council and one of Canada’s leading voices on global migration and refugee protection. After a 27-year political career, where he served as Canada’s minister of Foreign Affairs and minister of Employment and Immigration, among other postings, Mr. Axworthy has continued to work extensively on human security, refugee protection and human rights in Canada and abroad. He was presented with the Pearson Peace Medal by the Governor General of Canada in May 2017 and is a Companion of the Order of Canada.

In his term as president and vice-chancellor of the University of Winnipeg, Mr. Axworthy initiated innovative programs for migrant and aboriginal youth communities, and has also done a great deal of work on refugee reform as a Richard von Weizsäcker fellow at Germany’s Robert Bosch Academy. 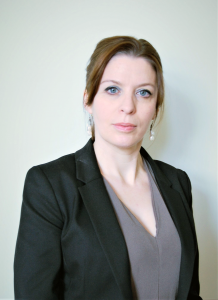 Elisabeth Braw is a senior fellow at the American Enterprise Institute (AEI), where she focuses on defense against emerging national security challenges, such as hybrid and gray-zone threats.

Concurrently, she is a columnist with Foreign Policy, where she writes on national security and the globalized economy; an advisory council member of the Krach Institute for Tech Diplomacy; a member of the National Preparedness Commission (UK); and a member of the steering committee of the Aurora Forum.

Ms. Braw is the author of The Defender’s Dilemma: Identifying and Deterring Gray-Zone Aggression (AEI Press, 2022) and God’s Spies: The Stasi’s Cold War Espionage Campaign Inside the Church (Eerdmans, 2019).

Before joining AEI, Ms. Braw was a senior research fellow at the Royal United Services Institute in London, where she founded and led its modern deterrence project. She has also worked for Control Risks, a global risk consultancy.

Ms. Braw began her career as a journalist, reporting on Europe for the Christian Science Monitor, Newsweek, and the international Metro group of newspapers, among others. In addition to Foreign Policy, she is often published in a wide range of publications, including the Financial Times, Politico, the Frankfurter Allgemeine Zeitung (writing in German), and the Wall Street Journal.

Ms. Braw attended the University of Hagen in Germany, graduating with an MA in political science and German literature. She has a BA from Friedrich Schiller University Jena in Germany.

William Browder was the largest foreign investor in Russia until 2005, when he was denied entry to the country and declared “a threat to national security” for exposing corruption in Russian state-owned companies.

In 2008, Mr. Browder’s lawyer, Sergei Magnitsky, uncovered a massive fraud committed by Russian government officials that involved the theft of US $230 million of state taxes. Sergei testified against state officials involved in this fraud and was subsequently arrested, imprisoned without trial and systematically tortured. He spent a year in prison under horrific detention conditions, was repeatedly denied medical treatment, and died in prison on November 16, 2009, leaving behind a wife and two children.

Since then, Mr. Browder has sought justice outside of Russia and started a global campaign for governments around the world to impose targeted visa bans and asset freezes on human rights abusers and highly corrupt officials. The United States was the first to impose these targeted sanctions with the passage of the Sergei Magnitsky Accountability Act in 2012, followed by the Global Magnitsky Human Rights Accountability Act in 2016.

Since then, Canada, the United Kingdom, the Baltic states, the European Union and most recently Australia have passed their own versions of the Magnitsky Act. Mr. Browder is currently working to have similar legislation passed in other countries worldwide including New Zealand and Japan, to name a few. 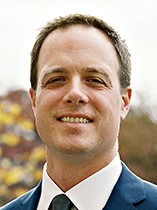 Brian O’Toole is a nonresident senior fellow with the Atlantic Council’s GeoEconomics Center. He is an accomplished expert on economic sanctions and foreign policy with substantial experience across public and private sectors.

Previously, Brian worked at the US Department of the Treasury from 2009 to 2017. As senior adviser to the director of the Office of Foreign Assets Control (OFAC), he helped manage the implementation of all OFAC-administered economic and financial sanctions programs, and provided strategic direction of the internal management of the agency. He played a central role in designing the US sanctions regime in response to Russia’s aggression in Ukraine and negotiating the multilateral sanctions imposed by the European Union and G7 in coordination with the United States. Brian also helped to manage implementation of US government commitments under the Joint Comprehensive Plan of Action with Iran.

Prior to joining OFAC, Brian served as an illicit finance analyst for both the Treasury Department’s Office of Intelligence and Analysis and at the Central Intelligence Agency, and was an anticorruption specialist in the forensic services practice at PwC.

Brian holds a BA from Princeton University in economics, with a certificate in finance, and an MA from Johns Hopkins University Paul H. Nitze School of Advanced International Studies in international economics and strategic studies. Brian lives and works in Raleigh, NC.

Alexandra Chyczij is a committed leader, activist and volunteer, dedicating her efforts to serving the Ukrainian community in Canada. The UCC coordinates and represents the interests of one of Canada’s largest ethnocultural communities (1.35 million).

Alexandra Chyczij is the Executive Director of the Canadian Corporate Counsel Association (CCCA), the national voice of in-house counsel in Canada. With a membership more than 5000-strong, the CCCA is a section of the Canadian Bar Association.

For many years, Alexandra has worked with the UCC and the Ukrainian Canadian Civil Liberties Association on legal issues, advocating for matters affecting the administration of justice, rule of law, human and civil rights.

Alexandra was co-counsel with Justice John Sopinka on the International Commission of Inquiry into the 1932-33 Famine in Ukraine, convened by the World Congress of (Free) Ukrainians in 1988, whose report was delivered to the United Nations.

Marcus Kolga is the founder and director of DisinfoWatch and a senior fellow at the Macdonald-Laurier and CDA institutes. He is a journalist, filmmaker, digital communications developer and human rights activist. He led the Canadian civil society campaign for Magnitsky legislation and continues to advocate for global human rights and democracy activists. Marcus is a regular commentator on international affairs and human rights and his articles have been published by The Globe and Mail, The Toronto Star, The National Post, The New York Daily Mail, Macleans, The EU Observer and other international publications.