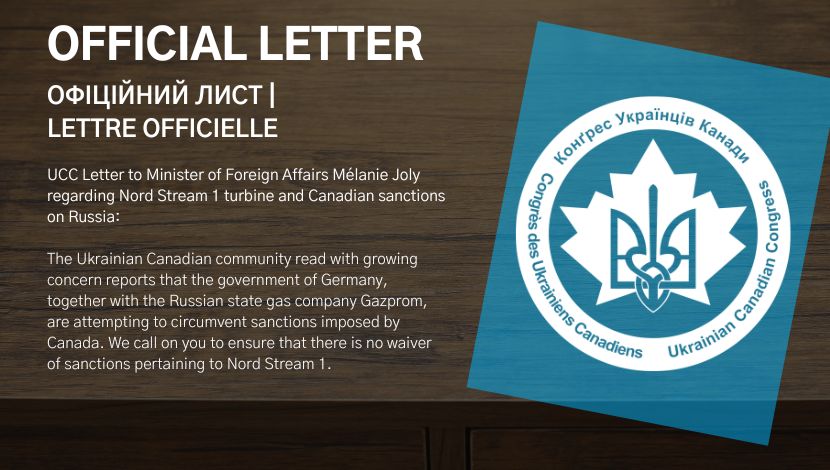 In response to concerning media reports that the government of Germany and the Russian state company Gazprom are attempting to circumvent sanctions imposed by Canada, UCC National President Alexandra Chyczij wrote to Minister of Foreign Affairs Mélanie Joly to stress that no waiver of sanctions should be granted by Canada.

German and European purchases of Russian energy are financing Russia’s genocide against the Ukrainian people. Chyczij urged Minister Joly to stress to Germany and the European Union the need to urgently end Europe’s reliance on Russian energy exports. This dependence threatens not only the European continent but also Canadian security as well.

You can read the letter in full here:

June.15.2022.UCC letter to Minister Joly re NS1 Turbine and Gazprom