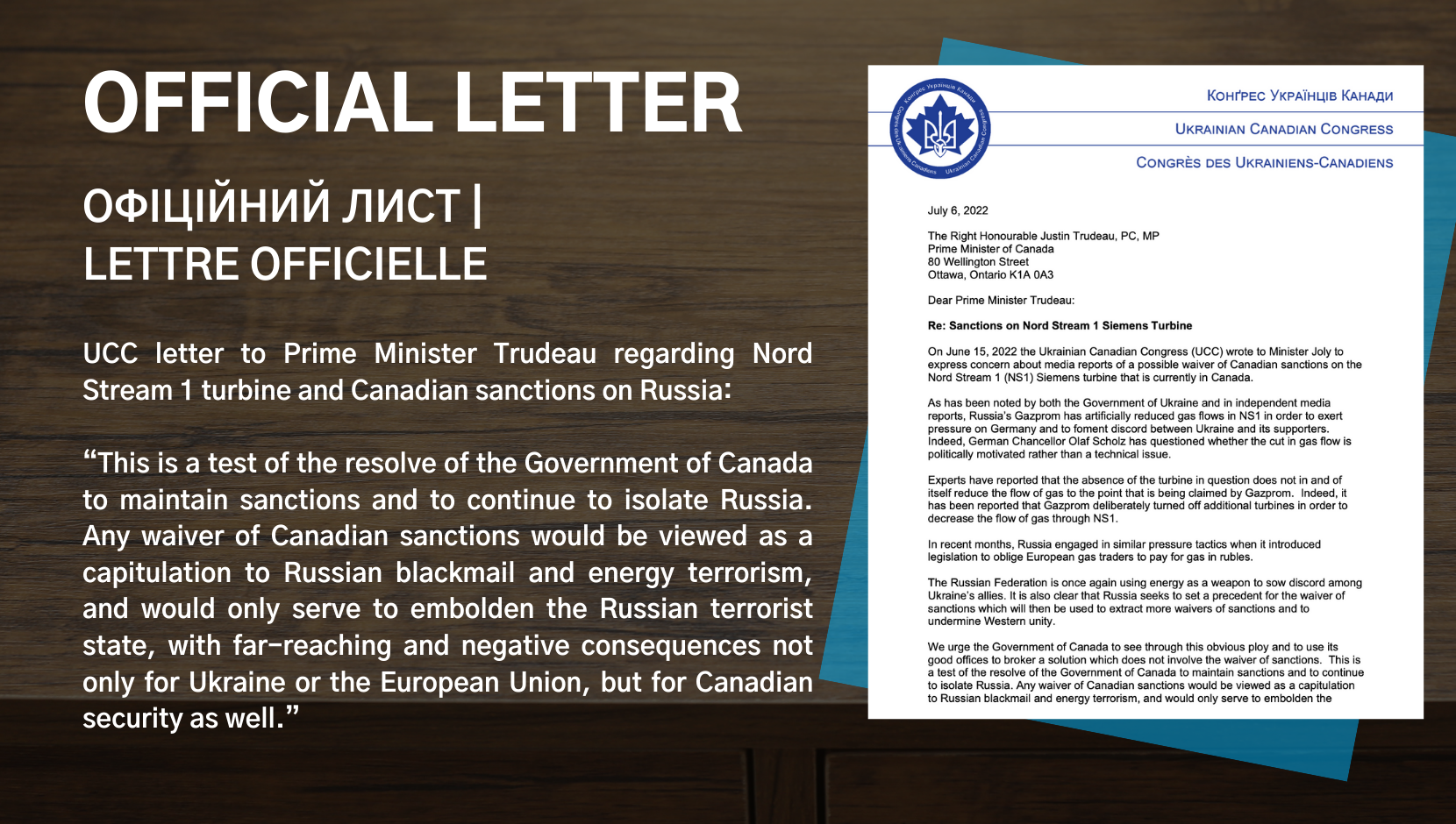 Following up on a June 15 UCC letter to Foreign Affairs Minister Mélanie Joly, UCC National President Alexandra Chyczij wrote to Prime Minister Trudeau to stress the importance of Canada maintaining sanctions on the Nord Stream 1 turbine currently in Canada, and calling on the Government to ensure that all sanctions imposed on Russia remain in place.

This is a test of the resolve of the Government of Canada to maintain sanctions and to continue to isolate Russia. Any waiver of Canadian sanctions would be viewed as a capitulation to Russian blackmail and energy terrorism, and would only serve to embolden the Russian terrorist state, with far-reaching and negative consequences not only for Ukraine or the European Union, but for Canadian security as well.”

Please see below for full letter: