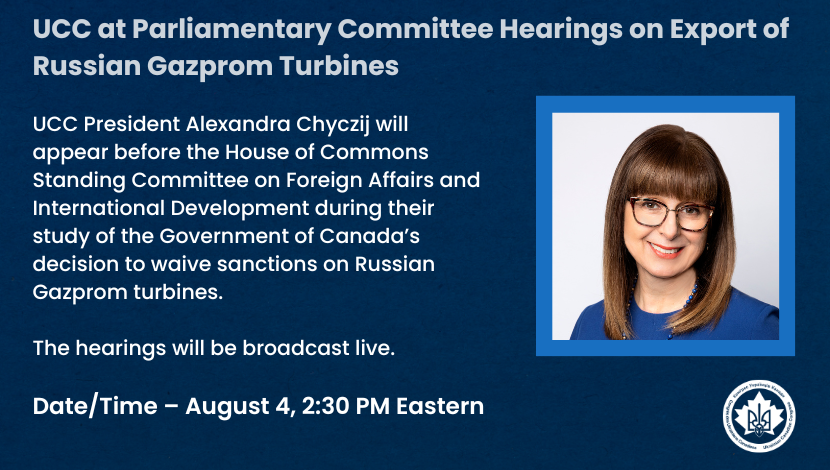 On August 4, UCC National President Alexandra Chyczij testified at the House of Commons Standing Committee on Foreign Affairs and International Development during hearings on the Government of Canada’s decision to waive Russia sanctions and allow for the repair and export of Nord Stream 1 pipeline turbines. Please click on the image above to view the testimony. You can view the testimony below:

The ramifications of Canada’s capitulation to Russian ultimatums will be far-reaching and widely felt. A precedent has been set wherein the Russians know that at the first sign of difficulty, the Government of Canada will submit to Russian blackmail and energy terrorism. Inevitably this will embolden Russia to further aggression – making Ukraine, the European Union, and Canada less secure. The UCC calls on the Government of Canada to immediately revoke the sanctions waiver on Russia’s Gazprom.

The written brief presented by President Chyczij to the Committee can be read here: