Day of the Defenders of Ukraine 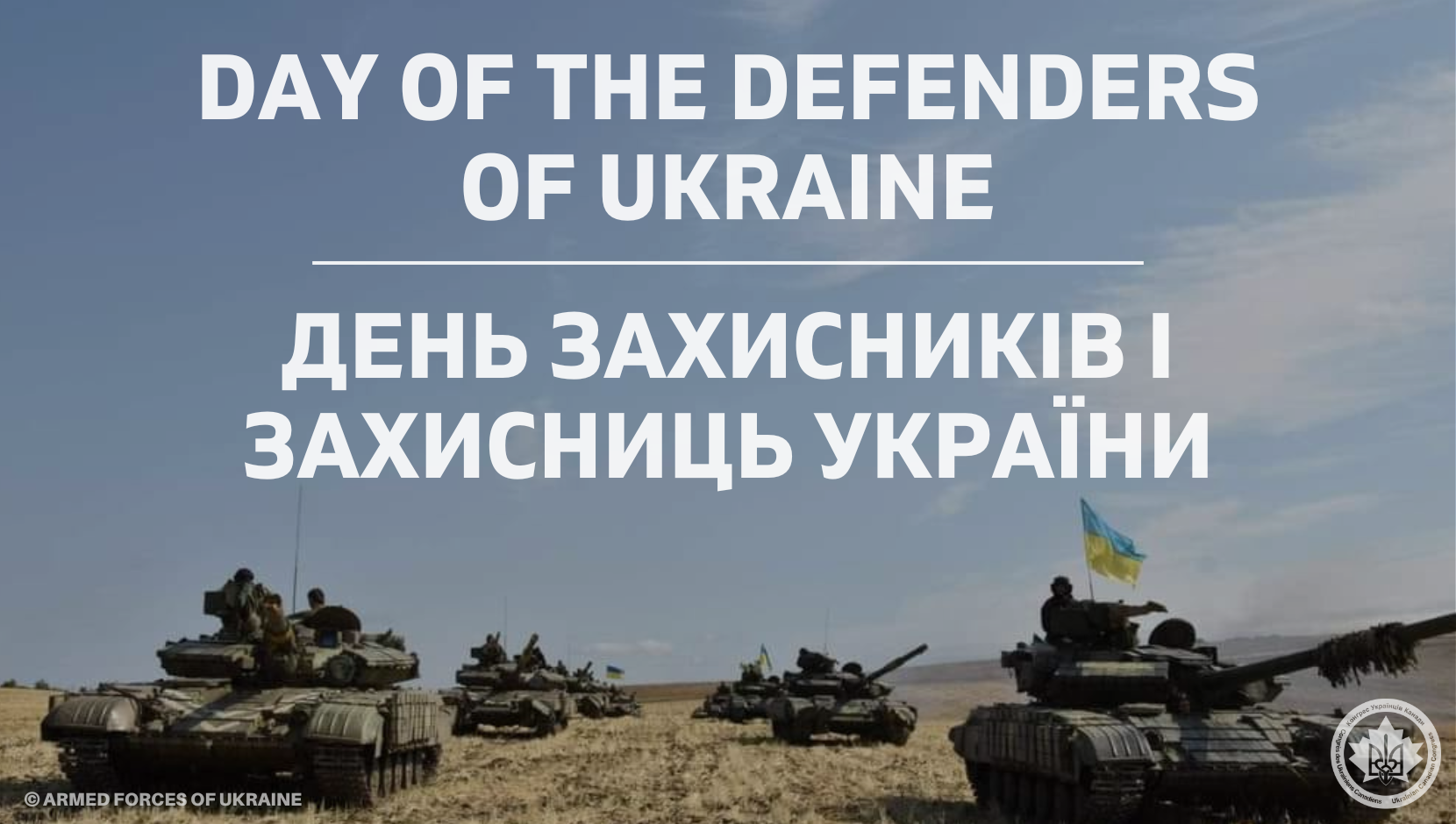 On October 14, Ukraine and Ukrainians around the world mark the Day of the Defenders of Ukraine. We honour the brave Ukrainian patriots who through the centuries have fought for the freedom and independence of Ukraine.

Today, Russia wages a genocidal war of aggression against Ukraine, seeking to destroy the Ukrainian people and the Ukrainian state. Russia bombs Ukrainian cities and towns, murders women, children and the elderly, abducts and forcibly deports Ukrainians. The names of cities and towns liberated from Russian occupation – Bucha, Izyum, Mariupol, Balakliya, so many others – will forever remind the world of the crimes that Russia has committed, and for which it will answer.

Today a nation of over 40 million fights as one in defence of their right to live on their own land and choose their common destiny. In the first days of Russia’s full-scale war, Ukrainian citizens rose up against the aggressor. Some made makeshift grenades from gasoline and bottles; others – dug trenches or made sandbags. Others sabotaged Russian weapons and materiel. Others collected or donated food or medicine or clothing.

Today, the courageous men and women of Ukraine’s Armed Forces – the Defenders of Ukraine who we honour – have seized the initiative and are pushing the Russian invader out. One need only see the relief and joy in the faces of civilians when the Ukrainian liberators arrive to know that the line between good and evil, between light and darkness – is as clear today as it has ever been.

And so on this Day of the Defenders of Ukraine, we honour the sacrifices of those who have fought and fight now for Ukraine’s freedom. We pray for a total Ukrainian victory over the evil that has come to their land. And we pledge to do all in our power to make that day of Deliverance come as swiftly as possible.

There are many worthy causes to which you can donate to support Ukraine. For more information please see here: