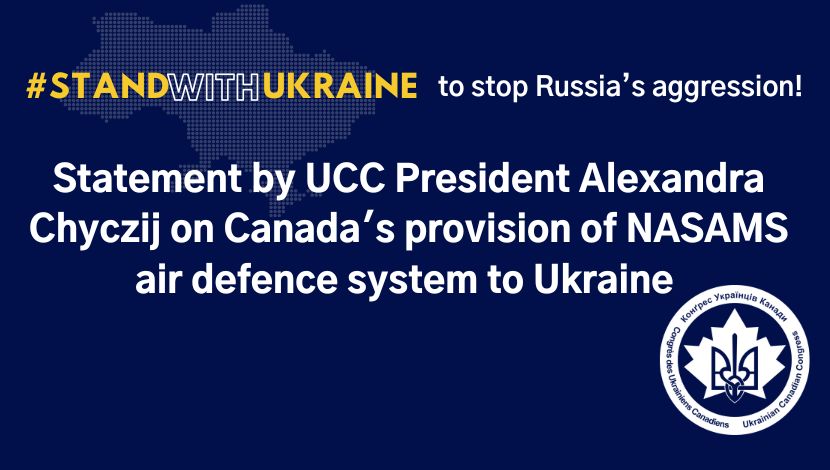 Alexandra Chyczij, National President of the Ukrainian Canadian Congress, issued the following statement in response to the announcement by the Right Honourable Justin Trudeau, Prime Minister of Canada, that Canada will purchase a National Advanced Surface-to-Air Missile System (NASAMS) for Ukraine:

The Ukrainian Canadian Congress welcomes the news that Canada intends to purchase a NASAMS system for Ukraine to help defend its skies from Russia’s brutal air attacks on civilians and infrastructure.

As we approach the one year anniversary of Russia’s all-out invasion of Ukraine – Canada and our allies continue to Stand With Ukraine.

Assisting Ukraine with the weapons Ukraine requires to defeat Russia is the best investment in the future peace, stability and prosperity of all Europe.

Ukraine needs assistance defending its cities, its hospitals, its schools, its infrastructure from vicious Russian air and missile attacks.