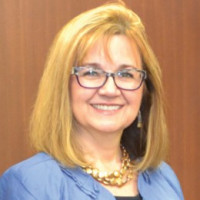 Daria Luciw was born in Smoky Lake, Alberta in 1958 to parents Kateryna (Melnychuk) and Il’ko Luciw. Her family arrived in Canada as immigrant settlers from Western Ukraine in 1905. She is a mother to 4 children – Gregory, Olexandra, Zenon and Roman – all of whom are educated in the Ukrainian bilingual program and are active members of the Ukrainian community in Edmonton.

Daria has always been active in the Ukrainian community with numerous organizations and in several leadership roles. Currently active with the UCC Alberta Provincial Council as a member of the board for 12 years and counting, Daria was Vice-President prior to taking on the role of President, a position she held for 6 years. She lead a team in developing and implementing – in 2 weeks – a successful series of events with major media coverage in Edmonton to raise funds to support election observers going to Ukraine in December 2004, and helped organize Albertans and raise funds for several subsequent observer missions. Other community involvement has been as Vice President for UCC National, member and volunteer with the Ukrainian Parents for Bilingual Education, Plast, several cultural and educational organizations including President of the Dnipro Choir and a member of the production team of several major stage productions. Daria is a graduate of the University of Alberta in Political Science and Slavic Studies. She is currently Past President of UCC APC, President of the Ukrainian Bilingual Language Association and the Viter Ukrainian Dancers and Folk Choir.

Daria has much community and non-profit sector experience as she has dedicated her career to working in and for the non-profit sector and is currently a member of the Executive Team and Director of Fund Development and Communication with St. Michael’s Health Group in Edmonton.