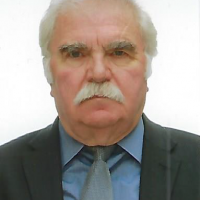 Dr. Roman Yereniuk is a long-term academic and passionate community leader based in Winnipeg. For some forty years he served jointly in administrative and teaching positions at St. Andrew’s College (Faculty of Theology) and the University of Manitoba (Centre for Ukrainian Canadian Studies). His areas of specialty include Ukrainian church history and Ukrainian Canadian history and cultural studies. In this last area he has promoted and delivered papers on Ukrainian Diaspora Studies in Ukraine and Canada. He also has been for two decades the general editor of the ‘Faith and Culture’ Journal of St.
Andrew’s College. He has published four books and over 6O articles in numerous journals in Canada and Ukraine. Likewise he has been a prominent executive member of the Ukrainian Academy of Art and Sciences in Canada and was instrumental in organizing a number of theme conferences in Canada with the partnership of the Shevchenlso Scientific Society (Canada).
Dr. Yereniuk has been a distinguished leader and volunteer at various levels of the Ukrainian Canadian community. For many years he was a member of the National (two terms as Treasurer), Manitoba Provincial (Chair for three years) and Local Winnipeg branches (chaired several standing committees). As a prominent member of the Canada Ukraine Fdn. (CUF), he has served on five standing committees, including the Consortium of Ukrainian Educators working in Ukraine. In 2001, he initiated Project ‘Liubov’ – Love to provide support for underprivileged children and youth in Ukraine, as a special designated fund of CUF, which continues to operate to this day.
As a past member of the Canadian Foundation of Taras Shevchenko for two terms, he focused on promoting and supporting projects dealing with youth. Dr. Yereniuh has served in various leadership capacities on the National, Eparchial and Parish boards of the Ukrainian Orthodox

Church of Canada and has written extensively about its history and institutions. Likewise he has been on the National, Provincial and local boards of the Ukrainian Self Reliance League of Canada and assisted it with extensive committee, conference and convention work.
For many years, Dr. Yereniuk was active on the Boards of Manitoba Parents for Ukrainian Education and the Osvita Foundation working to promote and popularize the bilingual teaching of Ukrainian and English in the public schools of Manitoba. In addition he was elected a School Trustee in the Winnipeg School division for 14 years and the Manitoba Association of School Trustees (7 years), emphasizing the strengthening and promotion of the teaching of world languages and Multiculturalism. He also was an UCC active member elected to the Manitoba intercultural Council (a Manitoba made Multicultural Council) for 8 years, including one term as VP.
For his dedicated service in the above-mentioned organizations and institutions, Dr. Yereniuk has been awarded some six citations and honors in the last two decades.
Roman’s motto in life has been “to be an university academic with strong teaching and research profiles balanced with deep roots in community service to the Ukrainian multicultural ‘hromada’ as well as the general Canadian society”.