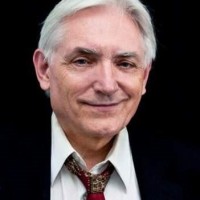 Born in post-war Munich, Stefan spent the first two and a half years of his life at the Mittenwald DP Camp. He arrived with his parents on September 27, 1948 in Quebec City. Growing up in Toronto, he attended Humberside Collegiate, Lakeshore Teachers’ College, and received a B.A. in Slavic Studies from The University of Toronto.

Stefan was active in the Ukrainian Community first as a counsellor in the Ukrainian Youth Association “Plast”, then as a teacher of Ukrainian Language and Literature at the Yuriy Lypa School and the Mykhaylo Hrushevsky School. He has been an M. C. at various community events, and has taken part reciting poetry in many of the programs. For 55 years Stefan has been a member of the “Zahrava” Ukrainian Drama Club and continues to  appear in many plays.

Stefan has provided valuable contribution to the cultural and proactive life of the Ukrainian Diaspora in Canada during his 34 years producing Ukrainian television programs “Svitohliad”, “Obyektyv”, “Yak Bulo Kolys”, and most recently “ForumTV”. He travelled to Ukraine in 1989 with an Omni TV camera crew and was the first Ukrainian Canadian to report on the “Chervona Ruta Festival” (Considered the Rebirth of the Nation). As Ukraine became independent, he continued reporting on current events from Ukraine as well as reporting on community activities in Canada. Especially notable is his production of the “Yak Bulo Kolys” program, providing a capsule look of Ukrainian Life in the late 1980’s, 1990’s and 2000’s.

Stefan is an active member of the Ukrainian Journalists of North America organization, helping organize events, and participating in giving presentations.