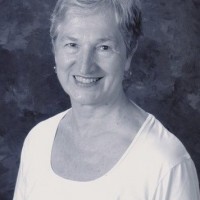 Dr. Stella Hryniuk was born and raised in small town Manitoba. Her parents instilled in her values of education, leadership, and love of Ukrainian heritage. She earned her PhD in history from the University of Manitoba, where she subsequently taught multiple courses over more than 20 years, and published extensively – 9 books, 24 articles, and 14 book reviews. Students in her signature course, “Ukrainians in Canada”, have made careers in Ukrainian heritage-related and government occupations. Official recognition for her research and writing came from the many governmental and other grants and fellowships bestowed upon her.

Dr. Hryniuk is a pioneer in building the emerging fields of Ukrainian and Ukrainian Canadian history, and is one of the first female historians among predominantly male, American-trained scholars working in these areas. A specialist in Galician history, she challenges stereotypes of the first Ukrainian immigrants to Canada. She showed these Ukrainians to be enterprising risk-takers, not backward and oppressed people the literature portrayed. Her published works on this and other themes continue to be referenced by scholars at home and abroad. For her accomplishments, she was awarded two U of M Faculty awards – For Excellence in Research and For Outreach. She was named Winnipeg Woman of Distinction by the YM-YWCA in 1993.

Recognizing the advancing loss of Manitoba’s Ukrainian churches, she co-founded the Manitoba Eastern European Heritage Society to document those remaining structures photographically for posterity. The collection has been digitized and is partially accessible online. An outreach program was added for parishes, especially in rural areas, to encourage community heritage preservation.

Dr. Hryniuk has been active in Ukrainian community organizations, especially through accepting leadership positions when called upon. After 1991, she supported the democratic development of Ukraine by establishing the Manitoba Ukrainian Teachers’ Institute for faculty, student, and cultural exchanges, and for shipping textbooks to Ukraine.