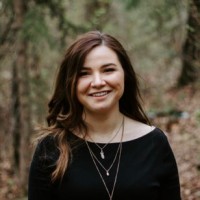 Stephania is currently a J.D. Law student at the University of Ottawa. She is a graduate of MacEwan University, located in her hometown of Edmonton, where she majored in Political Science. During her undergraduate studies, Stephania was involved in a variety of campus clubs and initiatives. She has been an active member of the Ukrainian community both locally and nationally. Most recently, she completed two terms as President of the Ukrainian Canadian Students’ Union (SUSK). To highlight some initiatives, Stephania worked to build networks with students in Ukraine and other ethnocultural communities in Canada. She also worked to professionalize SUSK’s structure. Stephania led successful student congresses, focused on vital issues like the WWI Internment Operations, Holodomor, and recent conflict in Ukraine.

Stephania also carries her passion of community involvement outside of the Ukrainian community. In 2017, she was elected as President of the Students’ Association of MacEwan University. In this role, she advocated for student needs to the university administration, as well as both the provincial and federal government. She also worked on a student-led building project and campus initiatives like mental health campaigns. She has also donated her time volunteering at soup kitchens and other community projects.

Stephania also had the opportunity to work at the Legislative Assembly of Alberta, first as a page and later as an assistant in the Speaker’s Officer for both Gene Zwozdesky and Robert Wanner. She has also been an academic research assistant at both MacEwan University and the University of Ottawa. Additionally, she has also worked at the Department of Justice Canada. Currently, Stephania sits on the Board of Directors for SUSK in an advisory capacity.