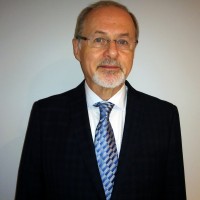 William Zyla was born in Buenos Aires. At an early age he immigrated together with his parents to Canada, where the family settled in Oshawa. He received a BA from the University of Western Ontario, earned an LLB from the University of Windsor, and was called to the Bar in 1979. Today he continues to practice law in Toronto, specializing in commercial and residential real estate and in estate planning and administration. His professional work is balanced by a strong commitment to community service and cultural interests, particularly his love of classical music.

For William, exposure to Ukrainian liturgical, choral and operatic music evolved into an appreciation of Ukrainian music and a realization that, notwithstanding its quality, it was virtually unknown in the classical music world. An opportunity to become involved in bringing the works of Ukrainian composers before a non-Ukrainian as well as Ukrainian audience materialized in 2004, when Pavlo Hunka, the celebrated English-Ukrainian bass baritone, launched the Ukrainian Art Song Project. Its aim was to record some one thousand art songs by Ukraine’s finest composers and present them on the classical music world stage, utilizing some of the best Canadian opera singers and musicians and the facilities of the Glen Gould recording studio.

William devoted ten years to the project. It was a time spent working together with other dedicated volunteers who through their efforts and perseverance were able to engage the community and raise the requisite funding to record, produce, and launch over four hundred art songs by Ukrainian composers. The Ukrainian Art Song Project is a work in progress and much work remains for its completion, but its successful impact is already well evident. Established and aspiring Canadian opera singers are including and performing Ukrainian art songs in their repertoires, annual master classes are training a new generation of singers, and music scores of the songs are available digitally to artists around the world. Seeds of the project planted on Canadian soil are now sprouting in Ukraine itself, with art song performances and study underway there.