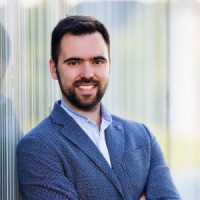 City of Residence: Orleans, ON

In 2014, Volodymyr Palagniuk moved to Canada from Chernivtsi, Ukraine. In Ukraine, Volodymyr completed his master’s degree in Political Science from Chernivtsi National University, started the PhD program, and founded and managed the Promotion Foundation of Initiatives. Volodymyr was one of the leaders of the student movement, was elected as Student President of Ukraine in 2012, and was an advisor to the Chair of State Administration in Chernivtsi Region. Volodymyr worked in his family business, in not-for-profit organizations, and with political parties. In November 2013, he was one of the initiators and became a co-coordinator of Chernivtsi Euromaidan.

In Canada, he has volunteered and participated in various projects organized by prominent organizations. In 2015, Volodymyr co-founded and became a coordinator of Vyshyvanka Day in Toronto. In 2016, the organizing committee registered the Vyshyvanka Association (Toronto Vyshyvanka Day) as a not-for-profit corporation, and it became a member of Ukrainian Canadian Congress – Toronto Branch. Every year, the organization hosts a Vyshyvanka Day Parade and Festival. In 2017, Volodymyr started the ‘Born in Vyshyvanka’ Program (Vyshyvanka Association with support of Meest Corporation Inc. presents an embroidered shirt to every newborn Ukrainian in Canada), as well as ‘Vyshyvanka Channel’ Online Media that covers the most important events and news in Ukrainian community in Toronto, “Heritage of the Nation” Educational Program, and other smaller projects.

Between April 2018 and March 2019, Volodymyr was one of the Board Directors at Ukrainian Canadian Congress – Toronto Branch. In 2016-2018, he worked as a Marketing Manager at Meest Corporation Inc. in Toronto. In September 2018, Volodymyr moved to Ottawa to take part in the UCC Parliamentary Internship Program. In November 2018, Jim Eglinski, MP for Yellowhead (Alberta), hired him as a Parliamentary Assistant.

In September 2019, Volodymyr was actively involved in the re-election campaign of Larry Maguire, MP for Brandon-Souris.