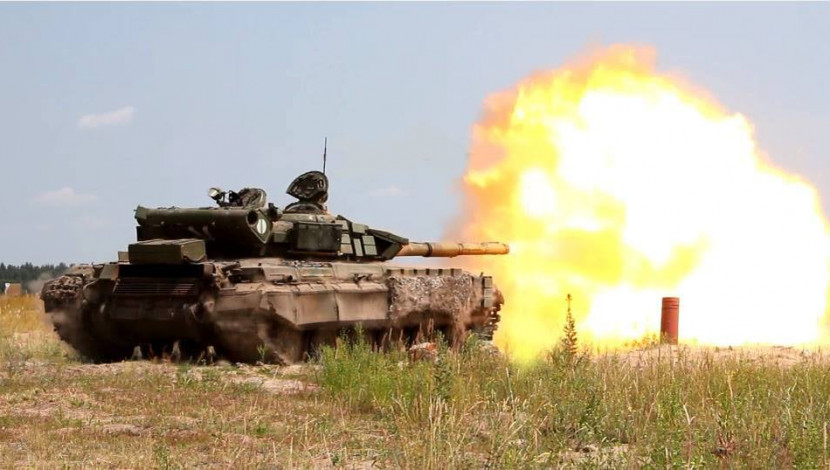 The Washington Post reported,  “A renewed buildup of Russian troops near the Ukrainian border has raised concern among some officials in the United States and Europe who are tracking what they consider irregular movements of equipment and personnel on Russia’s western flank.

The officials, who spoke on the condition of anonymity because they weren’t authorized to discuss the matter publicly, said the troop movements have reignited concerns that arose in April, when the largest buildup of troops by Russia near the Ukrainian border in years sparked an international outcry.

The renewed movements of Russian forces in the area come as the Kremlin embraces a harder line on Ukraine. Russian officials from President Vladimir Putin on down have escalated their rhetoric in recent months, attacking Kyiv’s Western ties and even questioning its sovereignty. […]

What the Russian forces gathering near the Ukrainian border are doing is unclear. Videos have surfaced on social media in recent days showing Russian military trains and convoys moving large quantities of military hardware, including tanks and missiles, in southern and western Russia.

‘The point is: It is not a drill. It doesn’t appear to be a training exercise. Something is happening. What is it?’ said Michael Kofman, director of the Russia studies program at the Virginia-based nonprofit analysis group CNA.

Officials in the United States and Europe began noticing the movements particularly in recent weeks, after Russia concluded a massive joint military exercise with Belarus known as Zapad 2021 on its western flank in mid-September.

According to Kofman, publicly available satellite imagery shows that forces from Russia’s 41st Combined Arms Army, normally based in the Siberian city of Novosibirsk, didn’t return to Siberia after the exercises, and instead linked up with other Russian forces near the Ukrainian border. Kofman also said footage posted online appears to show that Russia’s 1st Guards Tank Army, an elite unit based outside Moscow, is moving personnel and materiel toward Ukraine.

Oleksiy Danilov, secretary of Ukraine’s national security and defense council, said in a statement that after the conclusion of the Zapad 2021 exercises, Russia left military equipment, as well as control and communications centers, at training sites along the Ukrainian border.

Danilov estimated that the number of Russian troops deployed around the Ukrainian border at 80,000 to 90,000, not including the tens of thousands stationed in Crimea.”

Ukrinform reported, “The United States needs to impose sanctions on the Nord Stream 2 operator until Russia stops manipulating natural gas flows for harmful political purposes, according to Yuriy Vitrenko, CEO of Naftogaz of Ukraine. He wrote this on his Facebook page.

‘Russia has done, is doing, and will continue to do so — manipulating gas flows for harmful political purposes. We have persuaded and continue to persuade the United States that the best course of action in this situation is to impose sanctions on the Nord Stream 2 operator until Russia stops doing so,’ Vitrenko said.

According to him, evidence of the cessation of manipulations will be the situation when supplies of gas to European companies are moved to the Ukraine-Russia border, gas exports from Central Asia are unblocked and Gazprom loses its de facto monopoly on gas exports through pipelines.

‘When everyone sees that it is not Putin, but many different European companies can choose the routes of gas transportation from the Russian border to the EU, then Russia will not be able to manipulate gas flows for harmful political purposes,’ Vitrenko said.

German Chancellor Angela Merkel and U.S. President Joe Biden had a meeting on October 30 where the U.S. leader said it was important ‘to ensure that Russia cannot manipulate natural gas flows for harmful political purposes.’”