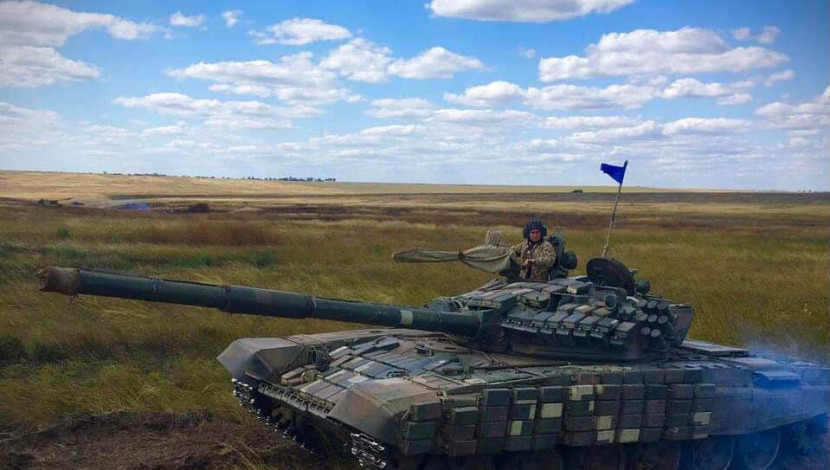 As part of his participation in the COP 26 UN Climate Change Conference in Glasgow, President of Ukraine Volodymyr Zelenskyy met with Prime Minister of Canada Justin Trudeau. [...] The President noted Canada's continued support for Ukraine's sovereignty and territorial integrity and briefed on the current security situation in Donbas and the progress of peace talks. Volodymyr Zelenskyy thanked Justin Trudeau for supporting Ukraine's European and Euro-Atlantic aspirations and expressed hope for Canada's leadership role in backing Ukraine's NATO membership acquisition. The parties also discussed the threat posed by the Nord Stream 2 project to Europe's energy security, the energy crisis and measures to combat it.

The President of Ukraine congratulated Justin Trudeau on the victory of his party in the early parliamentary elections in Canada.

The President noted Canada’s continued support for Ukraine’s sovereignty and territorial integrity and briefed on the current security situation in Donbas and the progress of peace talks.

The parties also discussed the threat posed by the Nord Stream 2 project to Europe’s energy security, the energy crisis and measures to combat it.

The President informed his interlocutor about the course of reforms in Ukraine, in particular about infrastructure development, land reform and digitization. In addition, he spoke about the strategy of our country in the sphere of ‘green’ transformation.

The Head of State expressed hope for strengthening economic cooperation between the two countries and expanding the Free Trade Agreement between Ukraine and Canada, which already yields positive results.

The parties also discussed the issue of simplifying trips to Canada for Ukrainian citizens. During the meeting, the President invited the Prime Minister of Canada to visit Ukraine.”

The Kyiv Post reported, “The selection commission appointed by President Volodymyr Zelenskyy to choose candidates for the Constitutional Court may plunge Ukraine into a constitutional crisis, watchdogs told the Kyiv Post.

The legal experts are concerned that the Constitutional Court’s legal protection from the President’s Office will be circumvented by Zelenskyy’s selection procedure.

The commission finished evaluating candidates for two seats on the Constitutional Court on Oct. 23. They are meant to replace judges Oleksandr Tupytsky and Oleksandr Kasminin, whose appointments to the court were undone by presidential decree in March.

Experts told the Kyiv Post that this decree has no legal basis, nor constitutional power. ‘Just because the decree which elected [Tupytsky and Kasminin] was canceled, does not mean they are removed from their position,’ explained Halyna Chyzhyk, a Lawyer at the Anti-corruption Action Center.

‘Once a judge is selected, the position is fixated, and a president has no power to remove them. While Zelenskyy can announce his selection of two judges at any time, these spots do not exist. Therefore, doing so would create an unprecedented situation, with unknown consequences.’

Vitaly Tytych, a lawyer who served on the Public Integrity Council, concurred.

‘Although previous presidents have tried to influence the Constitutional Court, none used this approach; there is no legal framework or resolution to follow in this contingency,’ he said. ‘[The process] shouldn’t even be entertained. What Zelensky is thinking of doing cannot be seriously considered; it is simply taboo.’

‘Despite the questionable integrity, morals, and values of Kasminin and Tupytsky, this political move will delegitimize the constitutional court completely,’ said Tytych.

The President’s Office did not respond to requests for comment. Zelenskyy’s decision to fire the judges came after months of conflict between him and the Constitutional Court after the institution issued a widely criticized ruling that effectively eliminated Ukraine’s system of asset declarations for public officials. It spurred a constitutional crisis that threatened to undermine the country’s battle with graft.

The Constitutional Court of Ukraine consists of 18 judges. One-third are appointed by the President of Ukraine, another third by the parliament, and the last by a committee of judges. All six spots in the presidential quota are currently filled.”

The full report from the Kyiv Post is available here:

A report by the Heritage Foundation states, “Construction of the Nord Stream 2 (NS2) natural gas pipeline from Russia to Germany—a dangerous project that will hand evermore power to Russia and threaten transatlantic security—was completed in September.

But physical completion of the pipeline does not necessarily mean that it will become fully operational. The pipeline must pass technical and regulatory certification, obtain insurance, and traverse a slew of impending legal challenges. Russia is using high energy prices and historically low gas reserves in Europe to push for swift certification. The U.S. has tools to prevent NS2 from becoming fully operational, which it should use without delay.

The Biden Administration’s decision to acquiesce to the completion of the Nord Stream 2 (NS2) natural gas pipeline from Russia to Germany is a historic mistake.

Rather than relying on a toothless U.S.–German agreement, the U.S. should use the tools it has at its disposal to prevent NS2 from becoming fully operational.”