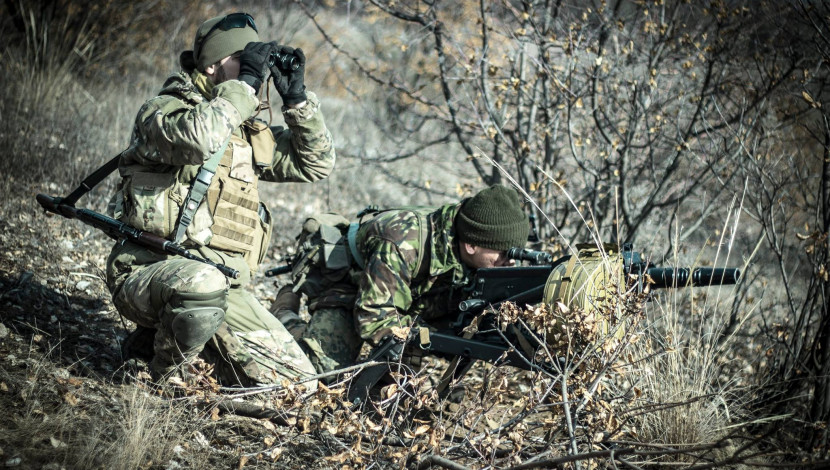 Threatening Russian President Vladimir Putin with a massive antitrust fine has worked in the past as a way to improve the behavior of his export monopoly Gazprom in the EU, so why not try it again?EU Energy Commissioner Kadri Simson told European energy ministers on Tuesday that Brussels' competition police had started gathering evidence on whether soaring energy prices can be blamed on illegal activity by any of the bloc's main gas suppliers. The European Commission confirmed that questionnaires had been sent to all the parties who could help piece together a case on this fall's most pressing economic crisis.

Politico reported, “Threatening Russian President Vladimir Putin with a massive antitrust fine has worked in the past as a way to improve the behavior of his export monopoly Gazprom in the EU, so why not try it again?

EU Energy Commissioner Kadri Simson told European energy ministers on Tuesday that Brussels’ competition police had started gathering evidence on whether soaring energy prices can be blamed on illegal activity by any of the bloc’s main gas suppliers. The European Commission confirmed that questionnaires had been sent to all the parties who could help piece together a case on this fall’s most pressing economic crisis.

Brussels’ competition investigators avoided mentioning Gazprom by name, but the company is an old sparring partner. Gazprom supplies more than 40 percent of EU gas imports and was the subject of one of the most high-profile antitrust cases Brussels has ever undertaken, from 2012 to 2018. Although that probe did not result in the eye-watering fine that Russia’s leading critics like Poland and Lithuania had wanted, it did push Gazprom to radically alter its business model across Central and Eastern Europe.

Still unhappy that Moscow wasn’t heavily fined in 2018, Poland is now leading the charge for EU enforcers to take fresh action over what it sees as market manipulation from the Russians, who are accused of driving up prices this year by undershooting on expected deliveries.

Putin himself is delivering mixed messages over Russia’s motives. On the one hand, he is denying that Russia is using the world’s biggest gas reserves as a geopolitical weapon. On the other, he is simultaneously suggesting that flows could pick up significantly if legal clearance were given to the highly contentious Nord Stream 2 pipeline that is designed to pump Russian gas straight to Germany. Gazprom did not respond to a request for comment.

No longer content to leave all the posturing (and potential bluffs) to Russia, Simson on Tuesday vowed Brussels would look into ‘widespread concern about market manipulation or speculation.’ That will be music to the ears of Polish Prime Minister Mateusz Morawiecki, who said a probe could ‘sober up Gazprom.’”

The full report from Politico is available here:

Ukraine’s Government reported, “According to the Public Health Center of Ukraine, as of October 27, in Ukraine there have been officially confirmed 22,574 (1,532 children out of this number, 399 healthcare workers) new cases of COVID-19 infection.

The COVID-19 vaccination campaign started on February 24, 2021. Since the beginning of the immunization campaign, 16,501,573 vaccines have been made.

The Kyiv Post reported,  “Ukrainian tycoon and former politician Vasyl Khmelnytsky confirmed he had bought the highly-coveted Bilshovyk machinery plant alongside his partner Andriy Ivanov and real estate developer Oleksiy Baranov for a trifling $53 million at an auction on Oct. 27.

It’s the largest state asset sold for the last 16 years, in the framework of President Volodymyr Zelenskyy’s Big Privatization program aimed at selling the state’s properties to fill the government’s coffers.

Khmelnytsky and Ivanov bought it through an obscure company linked to the tycoon’s holding UDP.

‘As a UDP shareholder, I congratulate the partners on winning the open auction,’ reads the statement obtained by Ekonomichna Pravda news outlet.

Experts believe the market price, in a fair sale, could have easily tripled the starting price, reaching up to $150 million, the Kyiv Post reported on Oct. 21.

However, the winner, a little-known company called General Commerce, paid a mere $2 million more than the starting $51 million for the whole 35-hectare plant, standing at the crossroads of busy transport arteries leading to Kyiv’s main street Kreshchatyk.

It took only six minutes for the company to win the auction, where three investors bid $740,000 (Hr 20 million) each.

General Commerce is based in Cyprus and registered in Kyiv, with a capital of $150 (Hr 4,000). The company will also get a one-hectare plot at Trukhaniv Island in the heart of Kyiv and several smaller plots in the city.

The buyer is linked to UFuture, a holding company that belongs to Khmelnytsky, Novoe Vremya reported. […]

The State Property Fund announced earlier that more than 15 investors were interested in purchasing the asset, but the vast majority backed down by fear of legal hurdles.

Dmytro Sennychenko, the head of the fund, said he believes that the auction on the Bilshovyk plant was transparent and ‘provided equal conditions for all investors.’

‘The fund always stands for the protection of state interests,’ Sennychenko wrote on Facebook. Property market experts told the Kyiv Post that Khmelnytsky’s victory on the auction was expected.

In 2019, five workshops on the property, taking up 6,300 square meters, were illegally sold to some private companies and leased out until 2035.

Those companies are linked to Khmelnytsky and Ivanov, Liga.net reported. The workshops are not in one place but scattered throughout the territory, making it impossible to build contiguously.

Only one market player could benefit from this manufactured chaos — a Khmelnytsky-Ivanov duet.

A source close to the deal, who asked not to be named to avoid retaliation, told the Kyiv Post that, in reality, there was not a single actual participant in the auction.

‘They either are companies related directly to Khmelnytsky and Ivanov or have close business relations with them,’ the source said.”