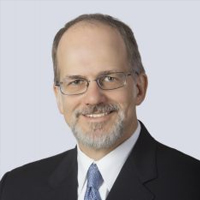 Alex Ilchenko is 2nd Vice-President of the Ukrainian Canadian Congress. Alex is Senior Counsel at Pallett Valo LLP. He is President of the Ukrainian Canadian Bar Association. He joined the UCC Board of Directors in 2016. Alex practices principally in the area of insolvency and related commercial litigation, with an emphasis on secured and unsecured creditor remedies to obtain recovery from both real and personal property, commercial bankruptcy, receiverships and commercial restructurings. Alex has represented individual and corporate debtors, secured and unsecured creditors, landlords, purchasers of assets from insolvent entities, liquidators, trustees in bankruptcy, construction lien claimants, directors of insolvent entities, receivers and monitors appointed under the Companies’ Creditors Arrangement Act.

During the course of Alex’s litigation practice he has principally appeared before the Ontario Superior Court of Justice, Commercial List, and the Bankruptcy Registrar’s Court. He has also appeared before the Nova Scotia Supreme Court and the Court of Appeal for Ontario.

– Member, Officers Mess Committee, The Queen’s Own Rifles of Canada