September marks the official beginning of autumn and the start of the festival season!

The Montreal Ukrainian Festival is a spectacular celebration of Ukrainian heritage and culture. As festival grew largely in the past few years, it was relocated to Parc Beaubien this year. Festival-goers had a chance to visit numerous pavilions offering tasty Ukrainian food (varenyky in particular), watch fashion shows and performances on stage. Musicians and dance groups from across Canada and world entertained visitors throughout the day. 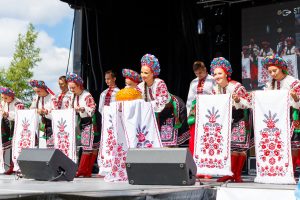 This year, organizers even brew a special beer for the festival! It was named Volia (Freedom) and everyone had a chance to enjoy it in the Korchma garden.

UCC National joined UCC Montreal in our informational booth.  This was a great chance to share some of our projects and programs with the community. We were honoured to deliver greetings on stage along with local politicians and introduce our Parliamentary Internship Program. 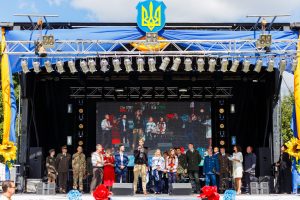 A week after, we have visited Bloor West Village – the largest Ukrainian Street Festival. The streets were busy all weekend! In our pavilion, we distributed informational bulletins and had a prize draw. It was great to have Cards for Political Prisoners project coordinators join us. Everyone had a chance to sign a card to a political prisoner that was then mailed out to Russia, were Ukrainians are illegally incarcerated.

In general, we had a great time meeting old friends, making new friends and reaching out to the community. The festival was a success! 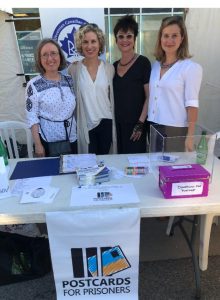 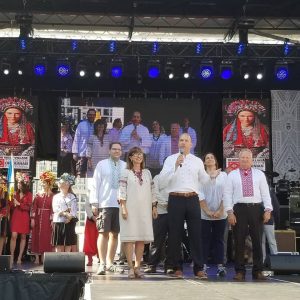 What is left to add – we are looking forward to being a part of the festivals next year!