To the Shores of Freedom Plaque Unveiling in Halifax 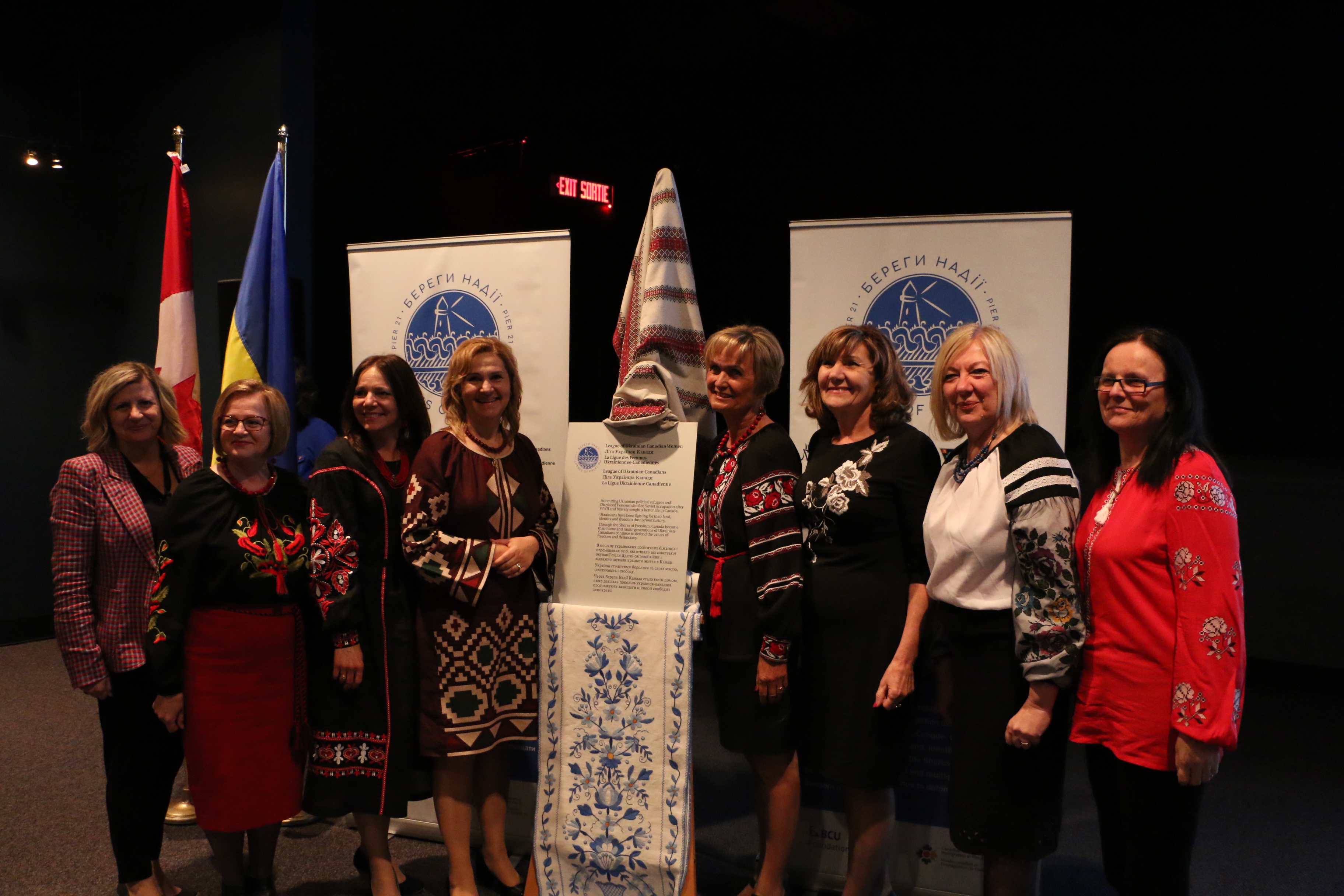 The Shores of Freedom Fund at BCU Foundation donated $10,000 to the Canadian Museum of Immigration at Pier 21.  The Fund was established by the League of Ukrainian Canadian Women and supports the collection of interviews, publications, films, and commemorative activities that help document, preserve, or disseminate information on the experiences of post-World War II Ukrainian immigrants who passed through Pier 21 in Halifax to build a new life in Canada.

The program included the debut screening of The Shores of Freedom documentary film, created and produced by award-winning director, Adriana Luhovy.   The moving film documented the four waves of immigration by Ukrainians to Canada and specifically focused on the hardships, struggles, and experiences of the post-World War II wave of immigration and their many contributions to Canada.

The Ukrainian Youth Ensemble “Prolisok” prepared a special performance which wove excerpts from Nataliya Popovych’s book, Destiny: The Life Story of an Extraordinary Woman.  Nataliya presented her book to Marie Chapman, Chief Executive Officer at the Canadian Museum of Immigration at Pier 21.  The book shares the story of an extraordinary woman, Natalka Talanchuk, and the journey which led her to the Shores of Freedom in Canada in 1949.  A survivor of the Holodomor Famine-Genocide in Ukraine, Mrs. Talanchuk attended the event at Pier 21 and shared inspirational words of hope and gratitude to Canada. 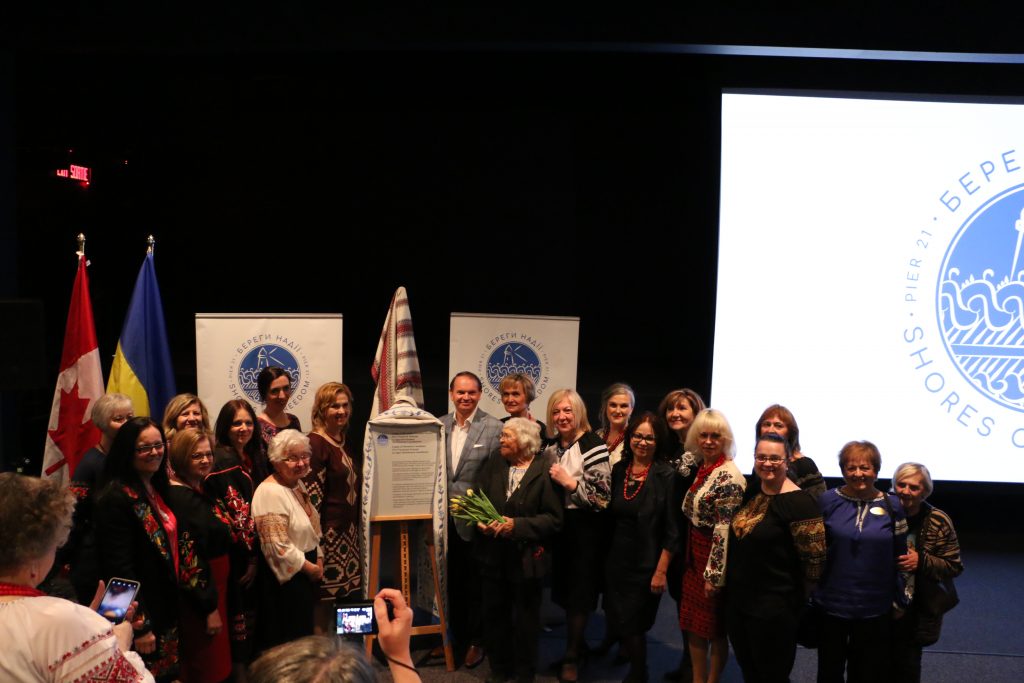 The legacy plaque which was unveiled during the event will be mounted on the Wadih M. Fares Wall of Tribute at the Museum.

LUCW and LUC are not-for-profit community organizations, whose aims and goals are to help develop a strong and united Ukrainian-Canadian community, as well as civil society and democracy in Ukraine.

LUCW and LUC are long-time active members of the Ukrainian Canadian Congress (UCC) and the Ukrainian World Congress (UWC), and the LUCW actively participates in the National Women’s Council of Canada, the World Federation of Ukrainian Women’s Organizations.

Sixty-five years after the arrival of the post-WWII Ukrainian refugees from Europe, the Ukrainian-Canadian community continues to thrive and flourish.  While championing the principles of liberty, Ukrainian-Canadians continue to strengthen the fabric of this country and protect the values that have made Canada the envy of the world.