UCC responds to University of Alberta statement on the Holodomor06 December 2019
December 6, 2019in Forever Remembered 0 Likes

WILLIAMS (Kurmey), Olga “Olya” “Ollie” Helen November 28, 2019 in the Dartmouth General Hospital marked the end of her story. Olga was born in Smuts, Saskatchewan, a 2nd generation Ukrainian Canadian. We mourn the loss of a loving and accepting wife, mother, grandmother (‘Baba’), relative and friend.Ollie is survived by husband, Bill (married 1957); daughter, Lori (Bill); grandchildren, Morgan and William; son, Glenn; and many cousins across Canada. Visitation will be held from 2-4 and 7-9 p.m. on Wednesday, December 4th in Atlantic Funeral Home, 771 Main St., Dartmouth.

Panakhyda and a celebration of Ollie’s life will take place at 10 a.m. on Thursday, December 5th in the funeral home chapel, Reverend Father Roman Dusanowskyj officiating. A reception will immediately follow at the same location to allow those whose lives she has touched an opportunity to share their memories with one another. (Feel free to address the crowd (‘roast Ollie’) if you wish). Interment will be in Dartmouth Memorial Gardens. Family flowers only. In Ollie’s memory you may wish to consider a donation to Diabetes Canada or a charity of your choice.vVichnaya Pamyat Ollie.

The family wish to express heartfelt thanks to the many doctors and other health care workers and home care workers, that helped Ollie live the best life she could considering her many health challenges. Thanks especially to Dr. Michelle Raich-Marsden for her excellent and dedicated care. She was always accepting of mom’s philosophies and numerous and tedious paper articles.

To all those who Ollie leaves behind, she wishes you ‘MNOHAYA LITA’ (Eternal Years). 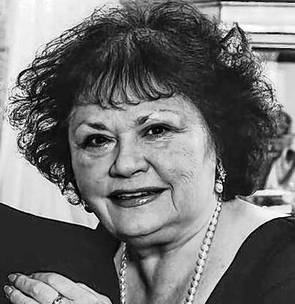 Olya Kurney-Williams is a second generation Ukrainian Canadian born in Smuts, Saskatchewan.  She was educated in Toronto and her post secondary education included Business and Administration.  In Toronto, Olya was heavily immersed in every aspect of Ukrainian Culture.

As a member of a military family Olya experienced Ukrainian Cultural activities/organizations all across Canada. In Halifax there was no such organization and so through her own personal and lengthy efforts, eventually assisted by others, a local Ukrainian Canadian Association, Halifax/Dartmouth Region (UCA/HD) was formed in 1977. This family oriented enterprise provides a means for numerous families to rekindle and preserve an interest in their Ukrainian heritage.

Some of Olya’s other achievements include representation in the Prime Minister’s Office resulting in the establishment of a Chair of Ukrainian Studies at the University of Toronto in 1980, co-chairing the UCP&BF convention in Halifax in 1991, participation in the UCA/HD involvement in a Ukrainian Cultural Display – Community Presents Program at Pier 21 in Halifax in 2012.

Olya continues today as Advisor to the UCA/HD where she continues to promote and foster the preservation of Ukrainian Culture and Traditions in the Halifax-Dartmouth area.