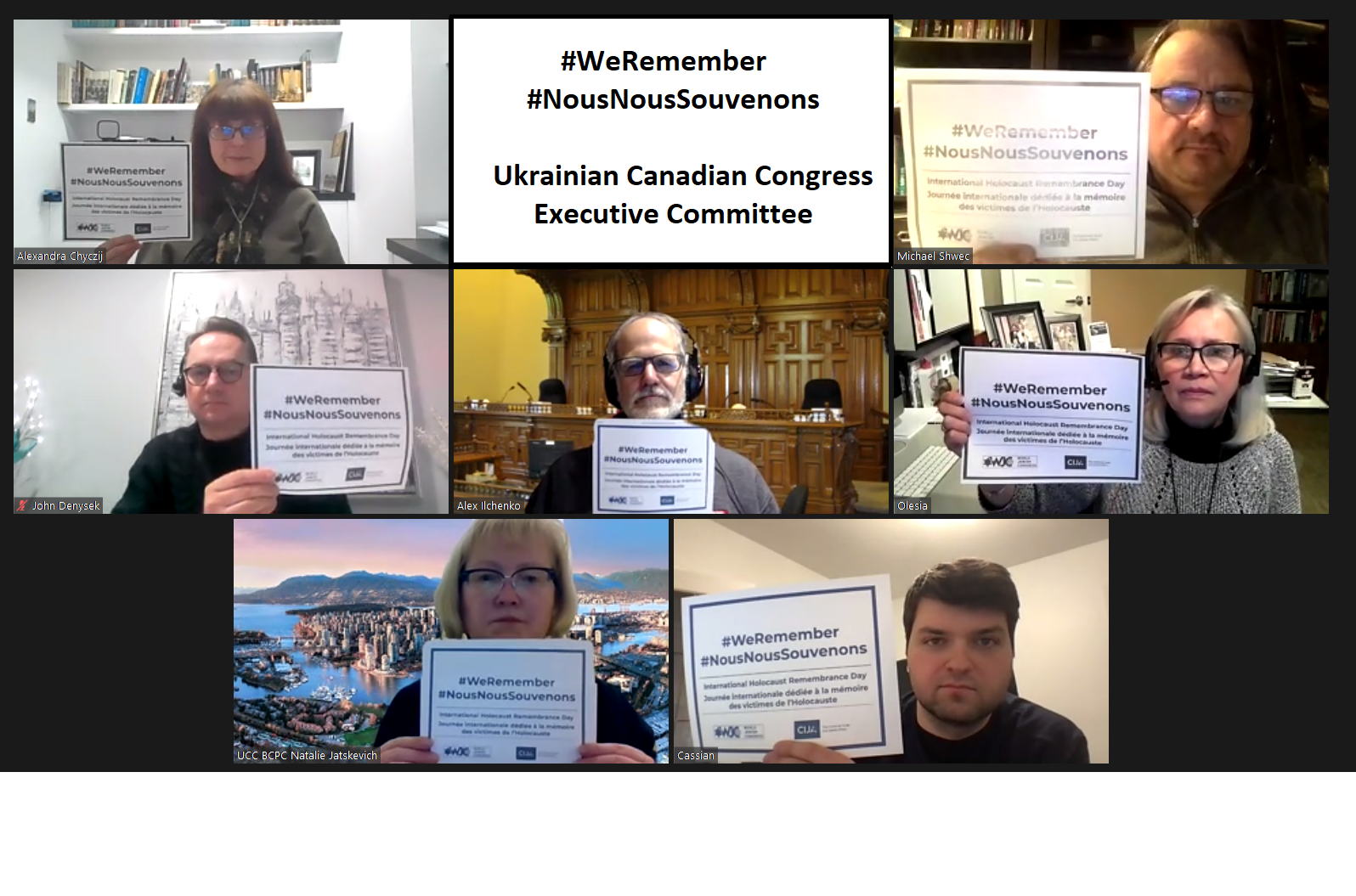 January 27, 2021. OTTAWA. On January 27, the world marks International Holocaust Remembrance Day. On this day, we honour the memory of the millions of victims of the Holocaust.

Over six million Jews, and millions of other victims – Ukrainians, Poles, Roma, and many others – were murdered by the Nazi German regime. May the Memory of the Victims Be Eternal. Вічная пам`ять.

The cruelty and barbarity of the Nazi German regime is a reminder to us all of human beings’ capacity for evil. It is a reminder of the need for us all to speak out and stand up forcefully in condemnation of anti-Semitism, racism and totalitarianism, wherever they may appear. It is in silence that hatred grows.

Today, we pay tribute to the Survivors of the Holocaust, and their courage in sharing their stories. We must continue to ensure that future generations learn the lessons of the Shoah, to ensure that these terrible crimes are never repeated again. We recognize the bravery of those who stood up against the evil of Nazism and risked their lives to assist their neighbours.

We condemn the horrible crimes of Nazi Germany and remain united in our obligation to ensure that such crimes are never repeated.

The Ukrainian Canadian Congress encourages all Canadians to participate in the #WeRemember campaign, the global campaign for International Holocaust Remembrance Day. Information about how you can participate is available here: We Remember Campaign