UCC statement on escalation of Russia’s aggression against Ukraine 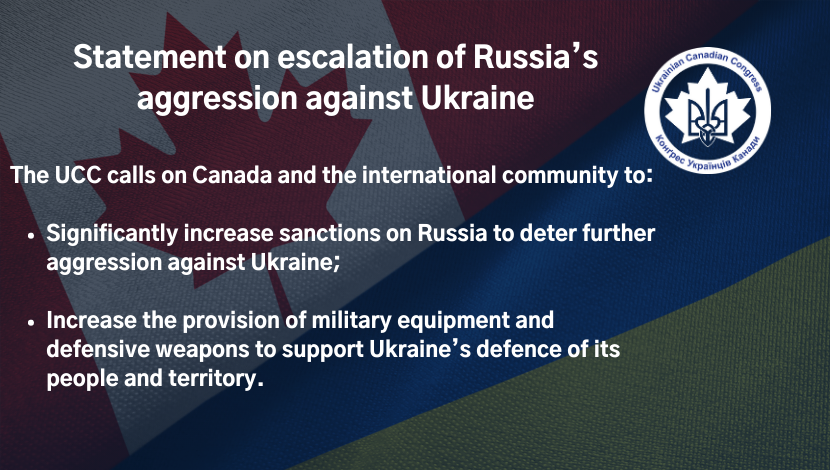 In the last several weeks, Russia has significantly escalated aggression in its war against Ukraine. Reports of Russian troop movements towards Ukraine’s borders in the east and in occupied Crimea have increased. Shelling and attacks by Russian forces on Ukrainian positions on the eastern front have escalated. On March 26, four Ukrainian soldiers were killed defending Ukraine.

The UCC applauds Canada and the United States for their swift reaction and unequivocal condemnation of this recent Russian escalation.

Yesterday, the Honourable Marc Garneau, Canada’s Minister of Foreign Affairs, unequivocally condemned Russian actions that violate the July 2020 ceasefire agreement. Upholding the ceasefire is fundamental to ensuring progress toward a peaceful resolution of the conflict in eastern Ukraine. He reiterated Canada’s unwavering support for Ukrainian sovereignty, independence and territorial integrity.