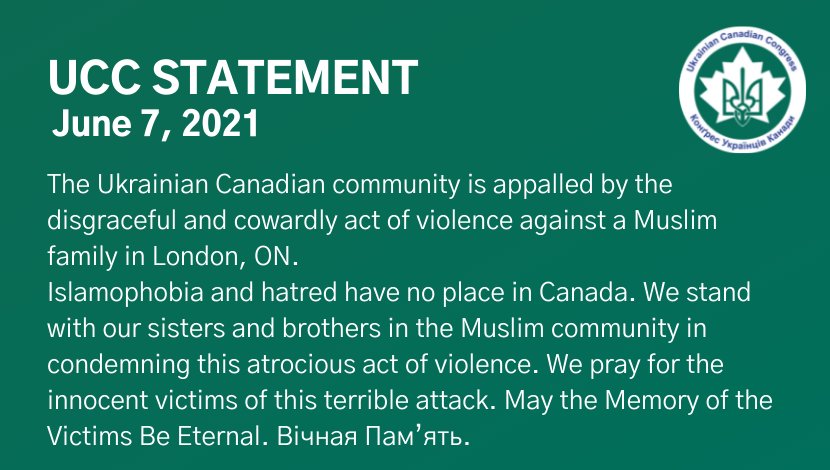 The Ukrainian Canadian community is appalled by the disgraceful and cowardly act of violence against a Muslim family in London, ON. Yesterday, four people were killed and a nine-year old boy seriously injured in a hit-and-run attack. London police stated, “There is evidence that this was a planned, premeditated act and that the family was targeted because of their Muslim faith.”

Islamophobia and hatred have no place in Canada. We stand with our sisters and brothers in the Muslim community in condemning this atrocious act of violence. We pray for the innocent victims of this terrible attack. May the Memory of the Victims Be Eternal. Вічная Пам’ять.