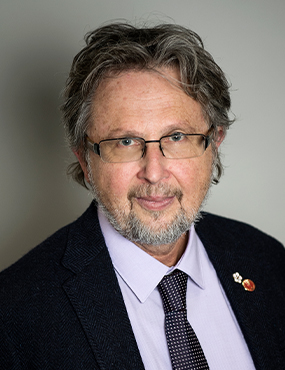 June 9th, 2021. Ottawa, ON. The Ukrainian Canadian Congress (UCC) is pleased to welcome Senator Stan Kutcher as a new member of the UCC’s Advisory Council.

“We are very pleased to welcome Senator Kutcher to the UCC Advisory Council. Senator Kutcher brings a wealth of experience, knowledge and skill,” stated Alexandra Chyczij, National President of the UCC. “We look forward to working with Senator Kutcher to strengthen and grow the UCC and our community, especially in Canada’s Atlantic provinces.”

Members of the Advisory Council are nationally recognized and respected Canadians who provide strategic guidance, expertise and cognitive strengths to help shape the current and future priorities of the Ukrainian Canadian community and who provide meaningful input and support to the UCC as the umbrella organization for one of the most dynamic and influential communities in Canada.

To learn more about the UCC Advisory Council and its accomplished members please click here.

Dr. Stan Kutcher is a psychiatrist and professor who has for many years assisted youth in successfully managing mental illness. His expertise in the medical, academic, and political fields is put to use in the Senate to serve all Canadians.

Dr. Kutcher was one of three sons born to World War Two refugees from Ukraine. He studied history and political science before earning a medical degree from McMaster University. He continued his education in Toronto and Edinburgh, Scotland before returning to Canada and joining the University of Toronto.

The first of his many significant contributions to Canadian health care came when he took Sunnybrook Hospital’s adolescent psychiatry division and transformed it into an innovative clinical and research facility. He also researched the causes of, and treatments for youth with major mental illnesses such as bipolar illness, schizophrenia and depression.

Dr. Kutcher became the Head of the Psychiatry Department at Dalhousie University followed by appointments as Associate Dean for International Heath and the Sun Life Financial Chair in Adolescent Mental Health. He has published over 400 articles and authored, co-authored or edited numerous books on various aspects of mental health, including adolescent brain development, psychopharmacology, school mental health and suicide.

Dr. Kutcher has shared his expertise with people and organizations in over 20 countries. Dr. Kutcher continues his work of advocacy on behalf of young people with mental illness in parliament, while also representing the interests of Nova Scotians.