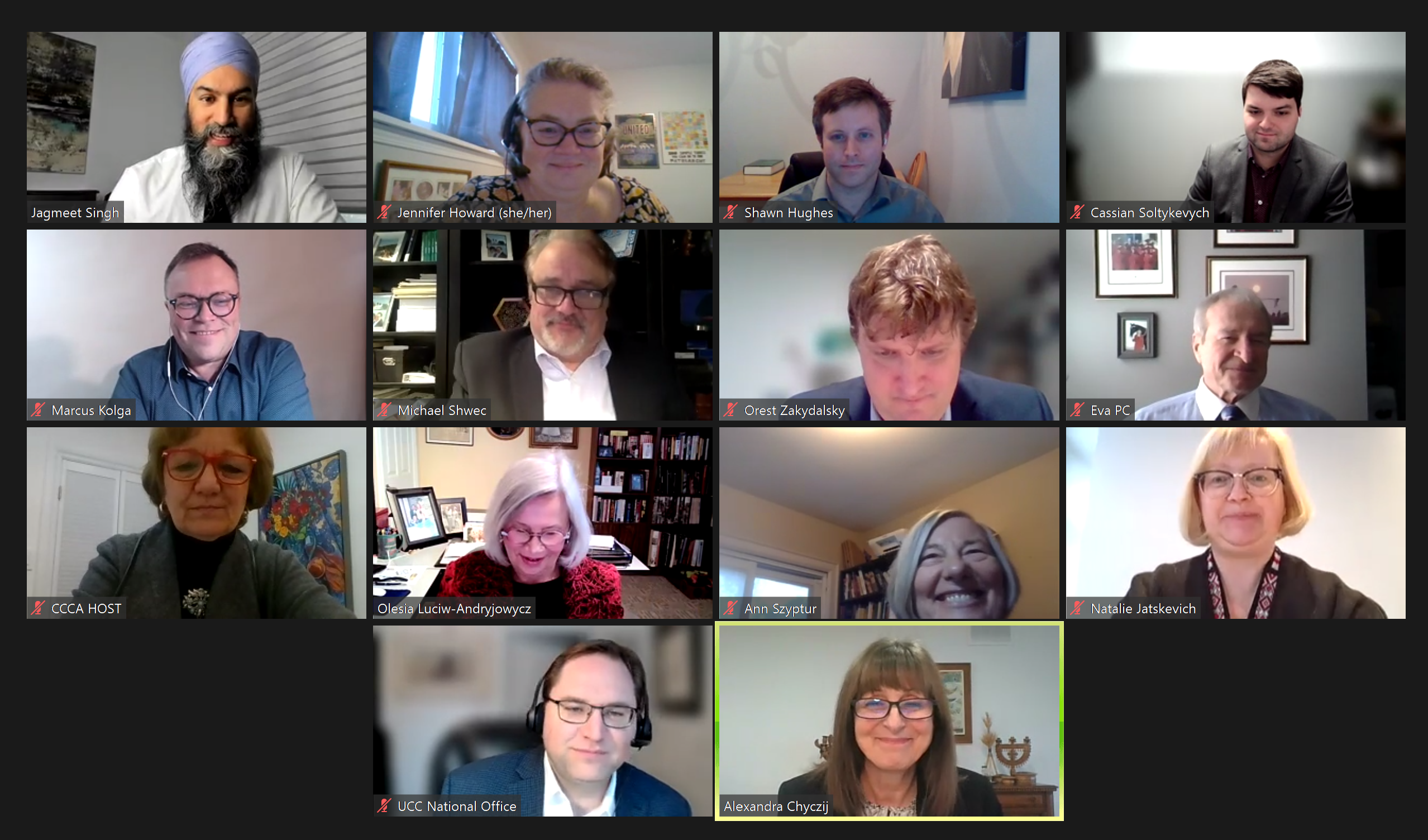 February 4, 2022. OTTAWA, ON. Yesterday, a delegation of the Ukrainian Canadian Congress (UCC) met with the leader of the New Democratic Party Jagmeet Singh to discuss Canada’s support for Ukraine amid Russia’s escalation of aggression against Ukraine.

“We are grateful to Mr. Singh for taking the time to meet with our community and hear the UCC’s position on Canadian policy regarding Ukraine during this critical time,” stated Alexandra Chyczij, National President of the UCC, who led the delegation. “The UCC will continue to work with all parties and Members of Parliament to ensure continued strong Canadian support for Ukraine.”

The briefing note the UCC presented to Mr. Singh is available here

“At this time of increasing Russian aggression against Ukraine and threats against NATO’s eastern flank, it is more important than ever that Canadians are aware of Russian state-led campaigns to undermine unity in our society,” stated Mr. Kolga. “The CEEC urges the Government of Canada and Canada’s Parliament to take immediate action to address the growing threat of Kremlin information warfare against Canada.”

The brief presented to Mr. Singh on disinformation is available here