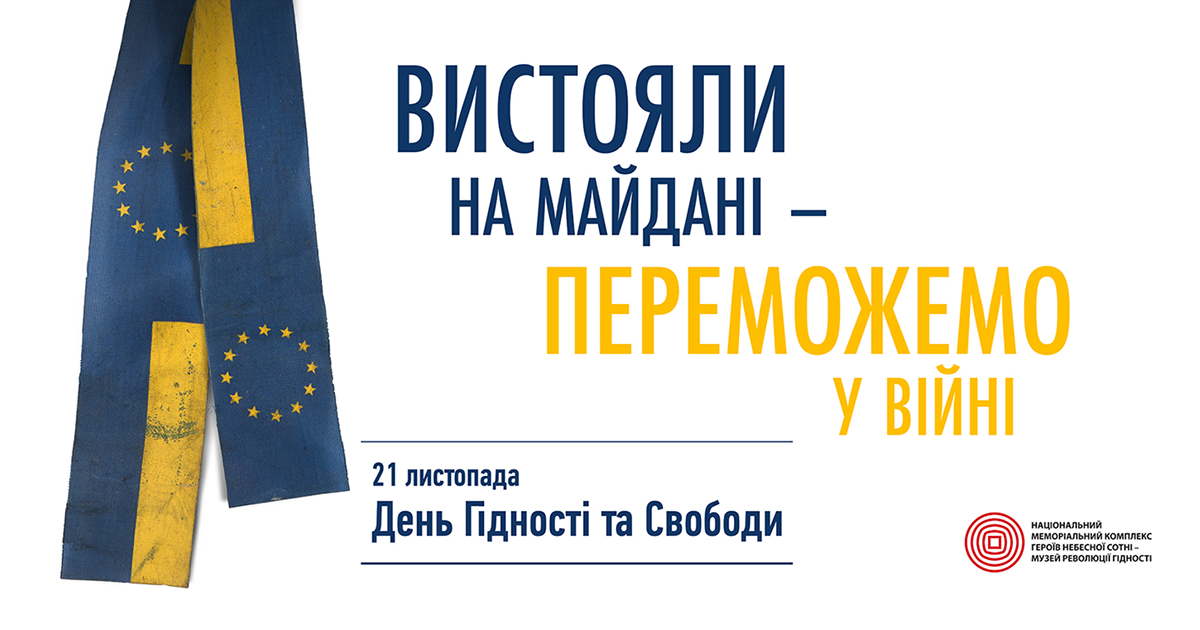 In the ensuing months, on Kyiv’s Independence Square (Maidan Nezalezhnosti) and in cities and towns throughout the country the Ukrainian people faced increasing authoritarianism, repression and violence from the regime. The Revolution of Dignity united the country – from east to west, from north to south, the Ukrainian people demanded their government respect their rights.

More than 100 brave Ukrainian patriots were killed in those days by Yanukovych’s security forces. Their names and their faces are today etched upon stone in Ukraine’s capital. They shall forever be remembered as the Heavenly Hundred – Небесна Сотня – and they gave their lives so that Ukraine may be free. We honour their memory. Вічная Пам’ять.

The freedom that was won amid the fires of the Maidan is today defended by the Ukrainian people against the genocidal war that Russia wages. Russia seeks to destroy Ukraine and the Ukrainian people, and subject Ukraine to Moscow’s tyranny. Thousands of brave Ukrainian patriots have given their lives in defence of Ukraine’s liberty. They join the Heavenly Hundred in the hearts of a grateful nation.

To learn more about the Revolution of Dignity, please see: