Day of Unity of Ukraine

UCC Letter to Minister of Defence Anita Anand19 January 2023Next 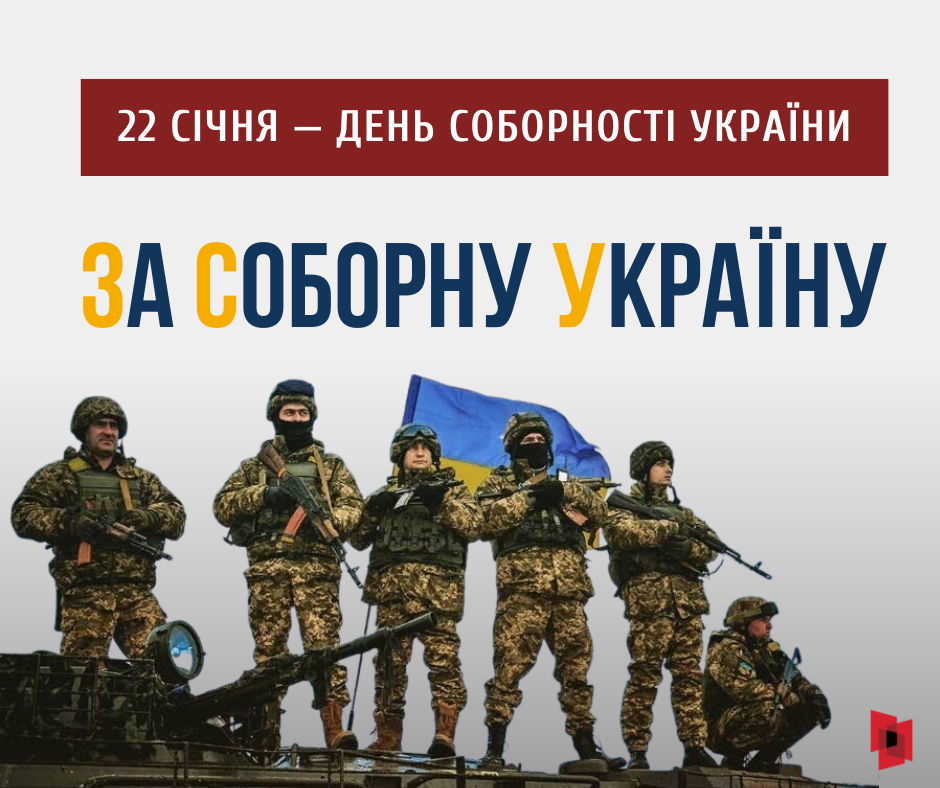 January 22, 2023. OTTAWA, ON. Today Ukrainians all around the world mark the 103rd anniversary of the unification of Ukrainian lands into a single, independent state. On January 22, 1919, the Unification Act was proclaimed, joining the Ukrainian People’s Republic and the Western Ukrainian People’s Republic into a single, independent State. This anniversary is celebrated as the Day of Unity of Ukraine.

In the last year the world has witnessed a remarkable expression of Ukraine’s unity in the face of Russia’s genocidal war. Valiantly defending their country from vicious Russian aggression, the Ukrainian people stand as one.

The Ukrainian soldier in the trenches; the pilot in the skies; the sailor on the ship; the medic who treats the wounded; the engineer fixing the power line; the teacher educating the child; the priest who offers comfort; the farmer who sabotages a Russian tank; the volunteer who delivers aid; the artist who raises money for the Armed Forces – all contribute to a common purpose – defending their freedom and their children’s future. Together, they will be victorious.

On this Day of Unity, we remember all those who have fallen for Ukraine’s freedom. We honour those who defend that freedom today. And we Stand With Ukraine.

Glory to Her Heroes!