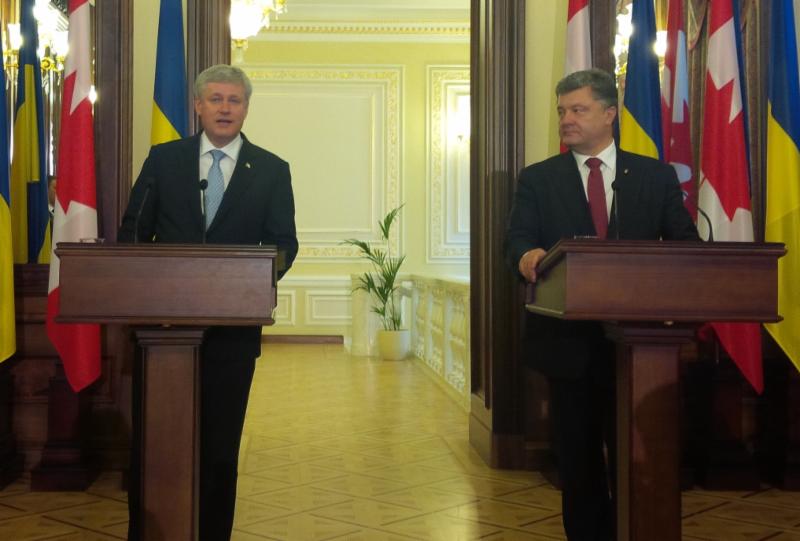 12 June, 2015 – KYIV, UKRAINE – The National President of the Ukrainian Canadian Congress (UCC) Paul Grod concluded a five-day working visit to Ukraine (June 6-June 10, 2015). Grod accompanied the Prime Minister of Canada, the Right Honourable Stephen Harper, as part of the PM’s delegation, during Harper’s June 6 visit to Ukraine in advance of the G7 Summit in Germany. 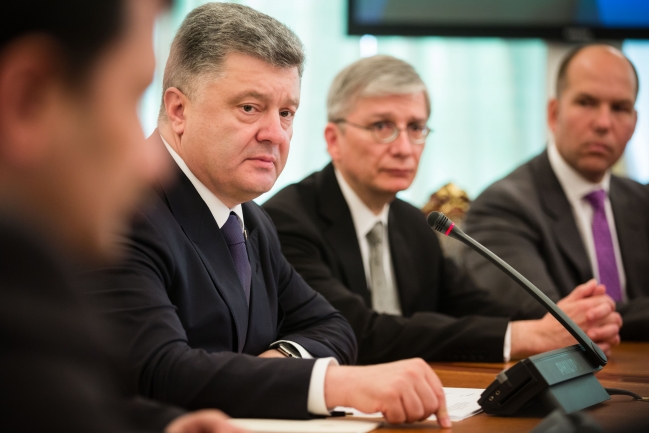 “On behalf the Ukrainian Canadian community, I thank Prime Minister Harper for his important and timely visit to Ukraine ahead of the G7 Summit, and for his strong and unequivocal advocacy for Ukraine at the G7 Summit,” Grod stated. See details of PM Harper’s visit:http://www.pm.gc.ca/eng/news/2015/06/06/pm-wraps-successful-visit-ukraine 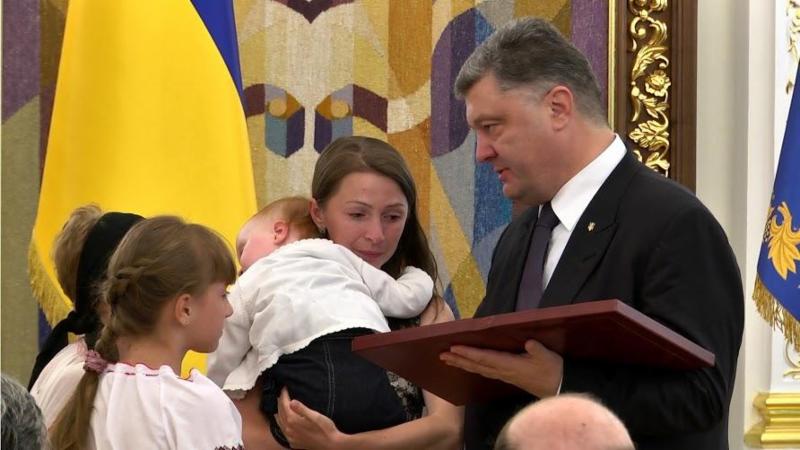 Ivan Zubkov holds a special place in the hearts of over 25 Canadian families who, through the “Sponsor a Soldier” program endorsed by the Ukrainian World Congress and Ukrainian Canadian Congress National President Paul Grod and Head of Advisory Council in Ukraine, Olena Koszarny, sponsored 50 soldiers under Lieutenant Zubkov’s command, members of the elite 90th Battalion of the 95th Brigade, providing them with uniforms, boots, thermal underwear, tactical gloves, sleeping bags and other non-lethal equipment.  Olena traveled to their training base in Zhytomyr Oblast and their forward base in Kostyantynivka, Donetsk oblast, together with Bohdan Kupych, to deliver this assistance.  The 90th Battalion served throughout the battle for Donetsk airport and continues to hold the front lines at Vodyane and Opytne near Donetsk. 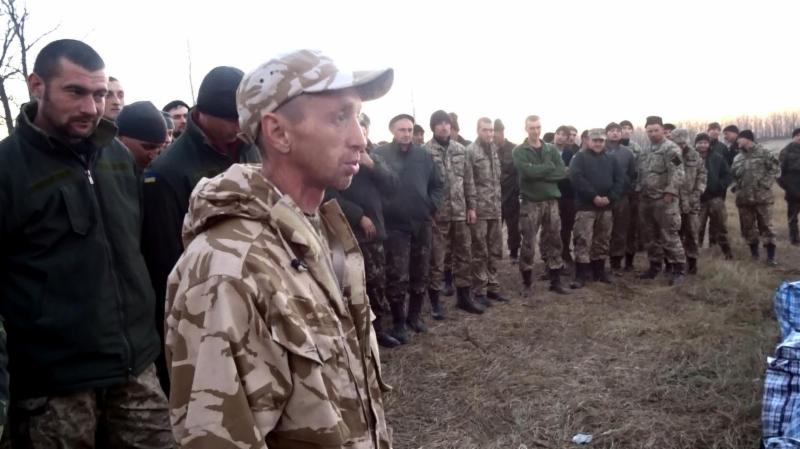 “Ivan Ivanovych Zubkov will always hold a special place in my heart for his compassion, the respect he showed to his men and his love for his family and his country.  I will remember him always.  He is a true hero whose name must be known by all Ukrainians both in Ukraine and throughout the world.  It was a privilege to be present at this important ceremony honouring Ukraine’s fallen heroes and those who continue to serve their beloved country.  My heart goes out to the families of all those who have paid the ultimate price to defend Ukraine from Russia’s aggression. Герої Не Вмирають – Heroes Never Die!” Olena Koszarny stated. 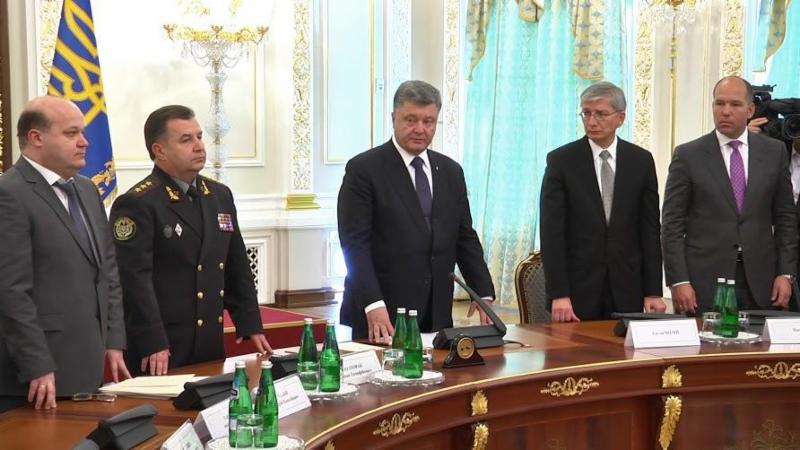 Together with Ivan Zubkov, the President awarded posthumous medals to the families of soldiers in his unit, Yurij Osaulko, Vasyl Hryhoriev and Ruslan Konoshenko who died heroically defending Ukraine.  Medals were awarded to Valeriy Melnichuk, Volodymyr Nebir, Serhiy Paschuk, Andriy Kazmirchuk, Victor Shyian, Oleksander Bondar, Oleh Milnevsky and Yevhen Nytka for their bravery in the line of fire.

Videos and reports of the ceremony are below: 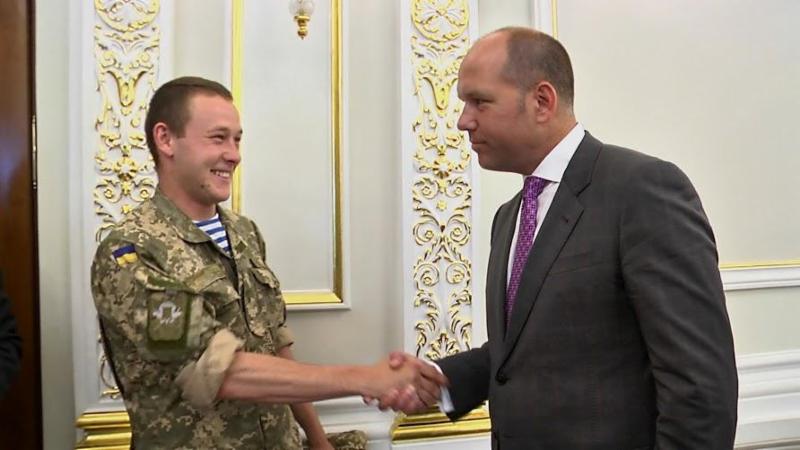 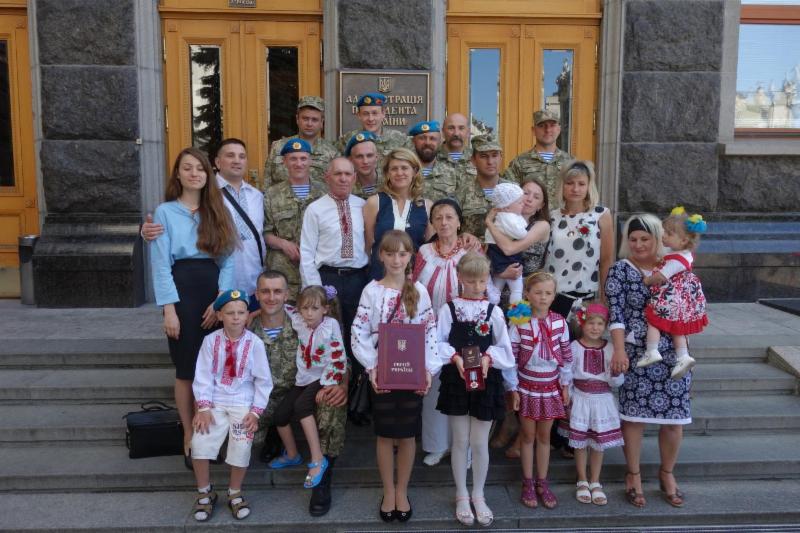 Commenting on the UWC working meetings in Ukraine, Grod stated, “Our objective was to discuss further steps to support Ukraine’s interests in the international community. In meeting with the President of Ukraine and several key members of Parliament and the Ukrainian Government, I can say that Ukraine is on the right path to reforming its government institutions and strengthening its national defence and security in the face of Russia’s brutal invasion. The Ukrainian Canadian community will continue to work with the people of Ukraine and do everything possible to advance the reform process necessary for building a stable, prosperous and democratic Ukraine – for which its sons and daughters have laid their lives.”

Grod also met with Pavlo Klimkin, Minister of Foreign Affairs, Hanna Onyshchenko, Minister of the Cabinet of Ministers of Ukraine, and several other Ukrainian government officials and civil society representatives. 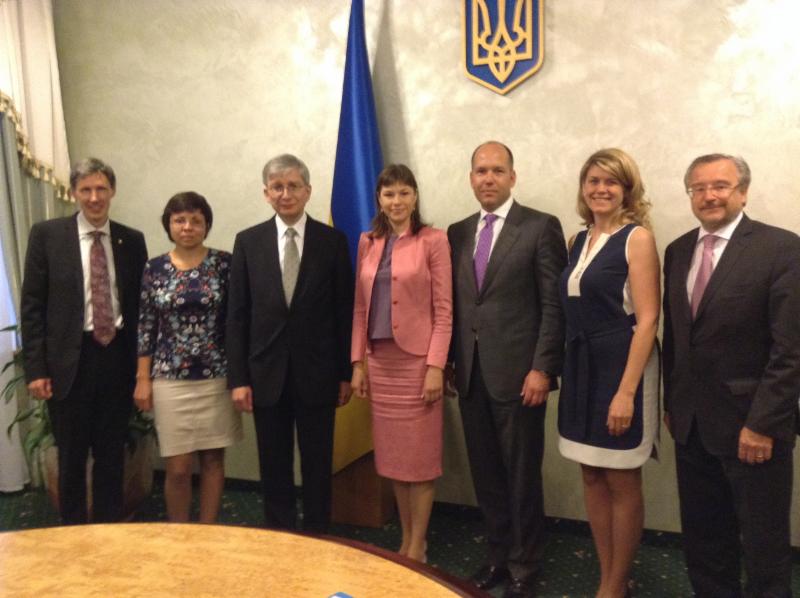 On the issue of defence, Grod and Chair of UCC’s Ukraine Advisory Council Lenna Koszarny met with Minister of Defence Stefan Poltorak, Chief of Defence Staff Victor Muzhenko and Deputy Chief of Staff (Defence) to the President Andriy Taranov. “It was clear to me that Canada is clearly ahead of its allies in providing military support to Ukraine for which the Ukrainians are very grateful.Ukraine is requesting that Canada provide Ukraine with the defensive weapons, equipment and training it needs to protect its territorial integrity and the lives of the civilian population, which is subjected to continuous terrorist attacks. This includes the provision of communications and intelligence capabilities to Ukraine’s armed forces, including counter-artillery radar systems,” said Grod.

An effective working relationship was established with the Verkhovna Rada Parliamentary Committee on Foreign Affairs and its Chair Ms. Hanna Hopko who has involved UWC in most of their key working groups. “We are developing innovative approaches to supporting Ukraine in the international community with projects such as proposed Honorary Trade Commissioners,” stated Zenon Potichnyj.

Supporting Ukraine with the information war, the UCC and UWC have been instrumental in supporting the Atlantic Council’s Ukraine in Europe Initiative by providing funding and resources. The UWC delegation presented the Atlantic Council’s latest report Hiding in Plain Sight: Putin’s War in Ukraine to the Ukrainian government officials and are planning a major release of the report in Ukraine with the Atlantic Council in the coming weeks. The report details Russia’s invasion of Ukraine, and states, “Russia is at war with Ukraine. Russian citizens and soldiers are fighting and dying in a war of their government’s own making. President Vladimir Putin continues to deny Russian involvement in the fighting, but the evidence is overwhelming and indisputable. Drawing upon open source information that is ‘hiding in plain sight,’ this report provides irrefutable evidence of direct Russian military involvement in eastern Ukraine.” The Atlantic Council report is available here: http://www.atlanticcouncil.org/publications/reports/hiding-in-plain-sight-putin-s-war-in-ukraine-and-boris-nemtsov-s-putin-war.

UCC and UWC are working with the late Boris Nemtsov’s organization to distribute his report for which he was murdered Putin:War http://www.4freerussia.org/putin.war/. It outlines Russia’s war against Ukraine. Having met with Ukraine’s Minister of Information Yuriy Stets, UWC and UCC agreed to work together to distribute these reports in occupied territories of Ukraine.

Grod, Potichnyj and Kasyanchuk attended divine liturgy at the Ukrainian Greek Catholic Sobor in Kyiv where they were briefed by the parish priest on the damage being done to the Sobor’s structural integrity as a result of a massive and illegal condominium complex construction project which will dwarf the Sobor. The land in question is designated as a recreational zone for parkland. The Sobor is calling on the Ukrainian Diaspora to raise this issue with the Mayor of Kyiv Vitaliy Klitschko and the Kyiv City Council.

There was significant media attention in Ukraine both in the context of the visit of PM Harper and the work of the Ukrainian Canadian Congress and Ukrainian World Congress. Interviews were given including to:

as well as the Kanal 5 and the Michael Shchur political satire television program.