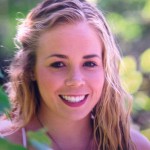 MARNIE HOWLETT
Marnie Howlett was born and raised in Saskatoon, Saskatchewan. She graduated high school in 2011 from Marion M. Graham Collegiate at the top of her class and as the top graduate in the Saskatoon Public School Division. During that time, she served as the student council president, an executive member of both the canoe and environmental clubs, directed the school’s variety night, and performed in the school’s musicals and with the dance academy. She also played basketball, volleyball, curled, and wrestled, as well as traveled with the school’s travel club to Brazil and Vietnam.

Outside of school, Marnie has always been equally as involved. At the age of three, she began Ukrainian dancing at the Saskatoon School of Dance, and eventually started taking jazz, lyrical, hip hop, and ballet classes. In 2010, she became a cast member of the Pavlychenko Folklorique Ensemble and has since performed with the company across Canada, Ukraine, and on a Royal Caribbean cruise ship. Marnie has also taught dancing; Ukrainian dance in Prince Albert and Prud’homme and ballet, jazz, and hip-hop classes in Saskatoon. In addition to dancing, she enjoys celebrating her Ukrainian culture by singing with the Lastiwka Ukrainian Orthodox Choir, sitting on the Ukrainian Canadian Business Professionals Association and Stream of Hopes boards, and spending her summers working at Green Grove Ukrainian Orthodox Youth Camp at Wakaw Lake.

Marnie began her post-secondary education at the University of Saskatchewan in 2011. Combining her love of travel and passion for politics, she completed her Bachelor of Arts (High Honours) degree in International Studies with a major in international co-operation and conflict in 2015. During her time at the University of Saskatchewan, Marnie was a teaching assistant for the beginner Ukrainian language class at St. Thomas More College and a marking assistant for the Department of Political Studies. In addition, Marnie acted as an intern at C.L.A.S.S.I.C. (Community Legal Assistance Services for Saskatoon Inner City Inc.).

During her undergraduate studies, Marnie was fortunate to study the Ukrainian language in Lviv, Ukraine in May 2014. There, she became involved with Help Us Help The Children, a Toronto-based organization that holds summer and winter camps for orphaned and refugee children in Ukraine. Since 2014, Marnie has returned to Ukraine five more times to volunteer at these camps and at a rehabilitation workshop for families who have lost their husbands and fathers to the conflict in Eastern Ukraine. She also supports Help Us Help The Children back home in Saskatoon by acting as the Saskatchewan Volunteer Coordinator and doing presentations, hosting events, and collecting donations of clothing and other goods to send to Ukraine.

Upon completion of her undergraduate degree, Marnie had the opportunity to serve as a Saskatchewan Legislative intern for seven months and worked with Members of the Legislative Assembly on both sides of Saskatchewan’s government. This work inspired her to pursue a Master of Arts in Political Studies at the University of Saskatchewan, which she plans to complete by the spring of 2017. Marnie hopes to join the Foreign Service one day, as well as earn a Doctor of Philosophy degree. 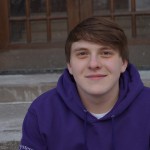 ANDRIY KATYUKHA
Andriy is currently attending Western University, and is in his 3rd year of the Bachelor of Medical Sciences program. He is very passionate about medicine and involvement in his community. He has served as the Executive Vice President of the Ukrainian Canadian Students’ Union (SUSK), and is currently the Vice President Finance. In addition to this he donates his time by serving as a Board Member on the Trillium Health Partners Volunteer Partners Board. He is very passionate about his Ukrainian upbringing and culture. He is currently the President of the Ukrainian Students’ Association at Western University, and is the Co-Chair of the Ukrainian pavilion for Carassauga, a cultural festival in his hometown of Mississauga. He is also a student researcher at Princess Margaret Cancer Centre, Canada’s largest cancer hospital. Andriy hopes to continue his involvement in the Ukrainian community for years to come! 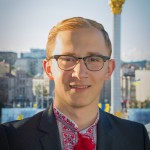 DANYLO MOUSSIENKO
Danylo, a Biomedical Science student, University of Calgary Scholar, and passionate Multiple Sclerosis researcher, is also very active in the Ukrainian and campus communities. Currently he is involved in thirteen Ukrainian organizations, seven of which he is a member of their regional and/or national executive committees. Most notably, he is Vice-President of the Calgary Branch of the Ukrainian Youth Association (CYM), Vice-President of SUSK, and the Young Members Coordinator on the CYM Canada National Executive. His efforts, through the auspices of the UCC Calgary, include organizing Calgary’s Ukrainian Carol Festival, and Holodomor commemoration. He also sings in two Ukrainian choirs, and is a videographer/editor for Echoes of Ukraine ShawTV program. On campus, he is cofounder of a photography and a testicular cancer awareness club. He was also President of the local Ukrainian Students’ Society. 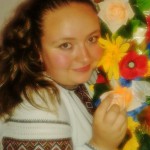 YULIYA SHOKALYUK
Yuliya holds a business degree and currently works as a financial advisor. She has previously worked for CIDA and DFAIT as the consultant for economic development projects in Ukraine. As an active member of the Ukrainian community, she is currently a Plast leader, event coordinator at Maple Hope, and camp director at Camp Kolomayka. In the past she was a vice-president of UCSS (Vancouver), a president of UNYF (Vancouver), and a program coordinator for Maidan Youth, among many other projects. In the future, Yuliya hopes to continue challenging herself for the betterment of the Ukrainian community by always bringing positive energy and dedication to each project that she is involved in. 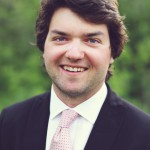 CASSIAN SOLTYKEVYCH
Cassian recently received his Bachelors of Commerce with Distinction from the Alberta School of Business with a focus on management, marketing, and leadership. During his undergrad, Cassian completed the Leadership Certificate Program at the Alberta School of Business and was involved with a variety of student organizations. Currently, Cassian is the marketing manager at the University of Alberta Students’ Union and specializes in team management and digital marketing. He is also self-employed and works with a variety of digital media with clients including RedBull Canada, the Art Gallery of Alberta, the University of Alberta, the Edmonton International Film Festival (EIFF), and AirPartners. He recently served on the organizing committee of Sviato 25, the largest celebration of Ukrainian culture in Alberta’s history in August of 2016. Cassian currently volunteers his time as the President of the Ukrainian Canadian Students’ Union (SUSK). 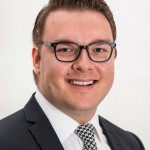 ADRIAN WARCHOLA
Adrian Warchola is the Manager of International Inbound Market Development at the Edmonton International Airport (EIA). His work focuses on building inbound demand from key international markets to support EIA’s non-stop and prospective non-stop routes. Managing the international marketing and sales for the airport, Adrian leads market development initiatives with partners including airlines and tourism agencies.
Adrian graduated from the University Of Alberta School of Business in International Business and Marketing, and was a member of the inaugural Leadership Certificate program.
81

Adrian has been an active member of the Ukrainian community for many years and has held leadership roles as president of the University of Alberta Ukrainian Students Society, Vice President Finance and Congress Co-Chair of SUSK Ukrainian-Canadian Students Union, and has recently joined the UCC Alberta committee for the 125th anniversary of Ukrainian Settlement in Canada. He has been presented with the Premier’s Citizenship Award from the Government of Alberta as well as the Hetman Award from the Ukrainian Canadian Congress Alberta Provincial Council.
In his free time, he enjoys performing regularly in his own Ukrainian band, Euphoria.