Three notable community leaders from British Columbia were recognized by the Ukrainian Canadian Congress at our National Leadership Dinner in Vancouver on Saturday October 14, 2017. 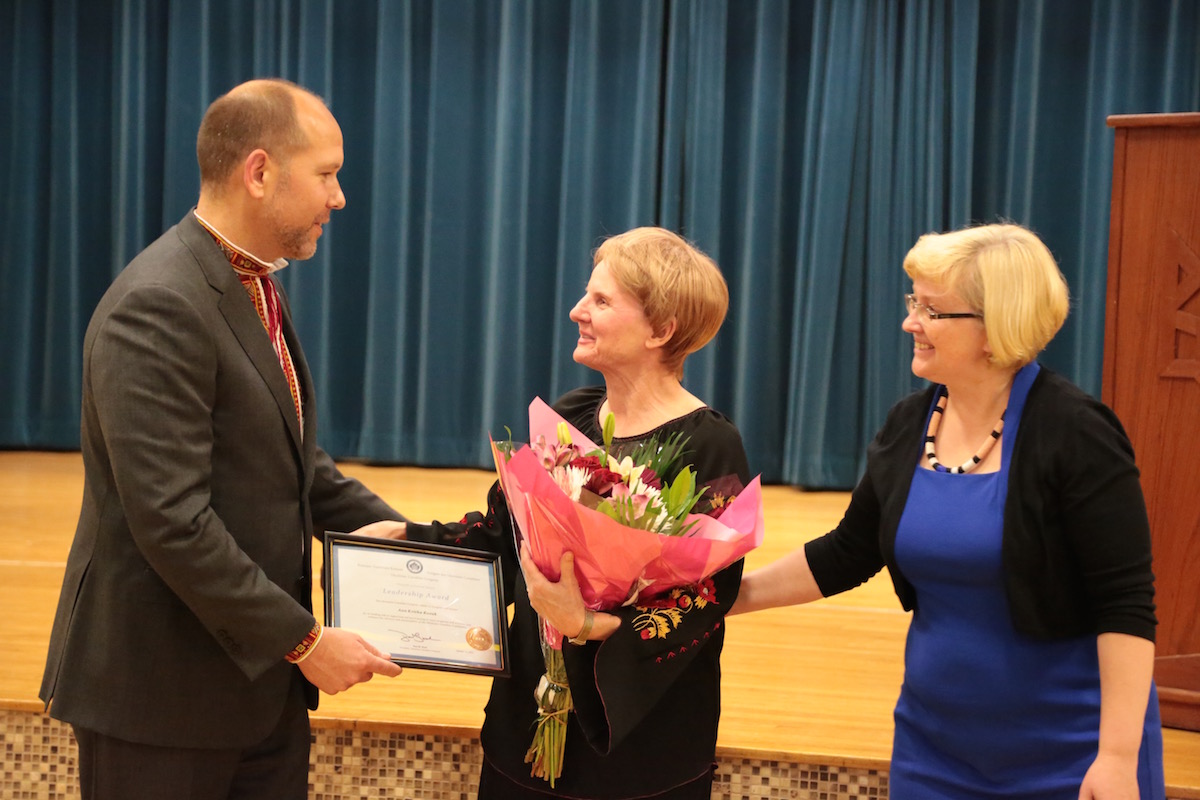 Ann Kvitka Kozak – Director of Svitanok Chorus. Svitanok Chorus of the Svitanok Performing Arts Society of British Columbia is an officially registered organization in Victoria, BC. It is also a member of the BC Choral Federation. The director, Ann Kvitka Kozak founded the mixed chorus in 1989. In 1998, Svitanok Chorus placed first in the Traditional Music category in the CBC Radio Competition representing British Columbia. Annually, Svitanok  performs at major cultural and historical Ukrainian concerts and significant Main stream Canadian events. We sponsor workshops in voice production, in repertoire of Historical nature, Christmas carols and contemporary music from Ukraine. Singers also participate in workshops offered by the BC Choral Federation. 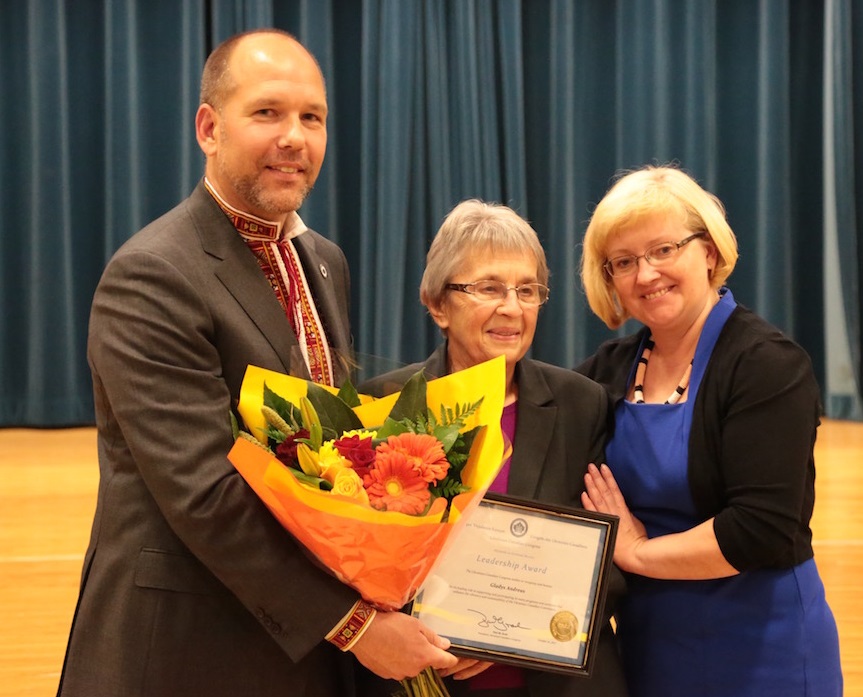 Gladys Andreas – founder and first president of the B.C. Ukrainian Cultural Festival (BCUCF) (founded in 1995). Gladys is active with the Art Council of Surrey and her Ukrainian Women’s Association (UCC – Vancouver member organization) contributes much needed financial support to community youth groups such as the Youth Arts Council and the Young People’s Opera Society. Gladys promotes and organizes the Ukrainian participation in the annual Surrey Fusion Festival where she enjoys sharing and learning about Surrey’s diverse communities. Gladys plays multiple instruments including the tsymbaly, fiddle and mandolin. She organized a musical group that features the Ukrainian tsymbaly (a variation of the dulcimer) that has taken part in many cultural events both in Surrey, and beyond. Gladys has been active in many projects associated with the Surrey Museum including the very successful “Threads of Many Colours” exhibition.