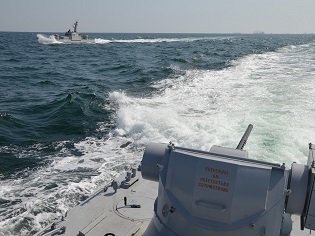 November 26, 2018. KYIV, UKRAINE. On November 25, in a purposeful and unprovoked attack, Russian warships attacked and opened fire on Ukrainian navy ships in neutral waters in the Sea of Azov.

As of 12:30 AM Kyiv time November 26, at least 6 Ukrainian sailors are wounded and three Ukrainian ships were captured by Russian naval forces. Over 20 Ukrainian sailors are reported to be in Russian captivity. This was a premeditated and deliberate act of escalation of aggression against Ukraine by Russia, which has been waging war on Ukraine for over 4 years. 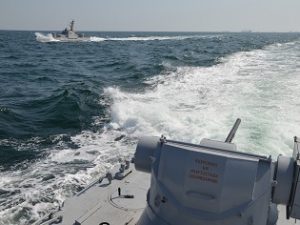 The international community must react forcefully to this disgraceful act of aggression by Russia. The Ukrainian Canadian Congress (UCC) calls on Canada, the US, the EU and all civilized nations to immediately take decisive measures to counter Russian aggression and:

Ukraine’s President Petro Poroshenko stated, “We have irrefutable evidence that today’s aggression against Ukrainian Navy boats was not an error or coincidence. It was an aimed action, including opening fire on Ukrainian naval personnel.”

Ukraine’s Parliament will meet on November 26 at 4:00 PM Kyiv time to consider a series of emergency measures proposed by President Poroshenko and the National Security and Defence Council of Ukraine.