Day of Remembrance of the Genocide of the Crimean Tatar People

Op-ed by UCC President Alexandra Chyczij – Russia is a terrorist state. Let’s stop pretending it isn’t.13 May 2021Next 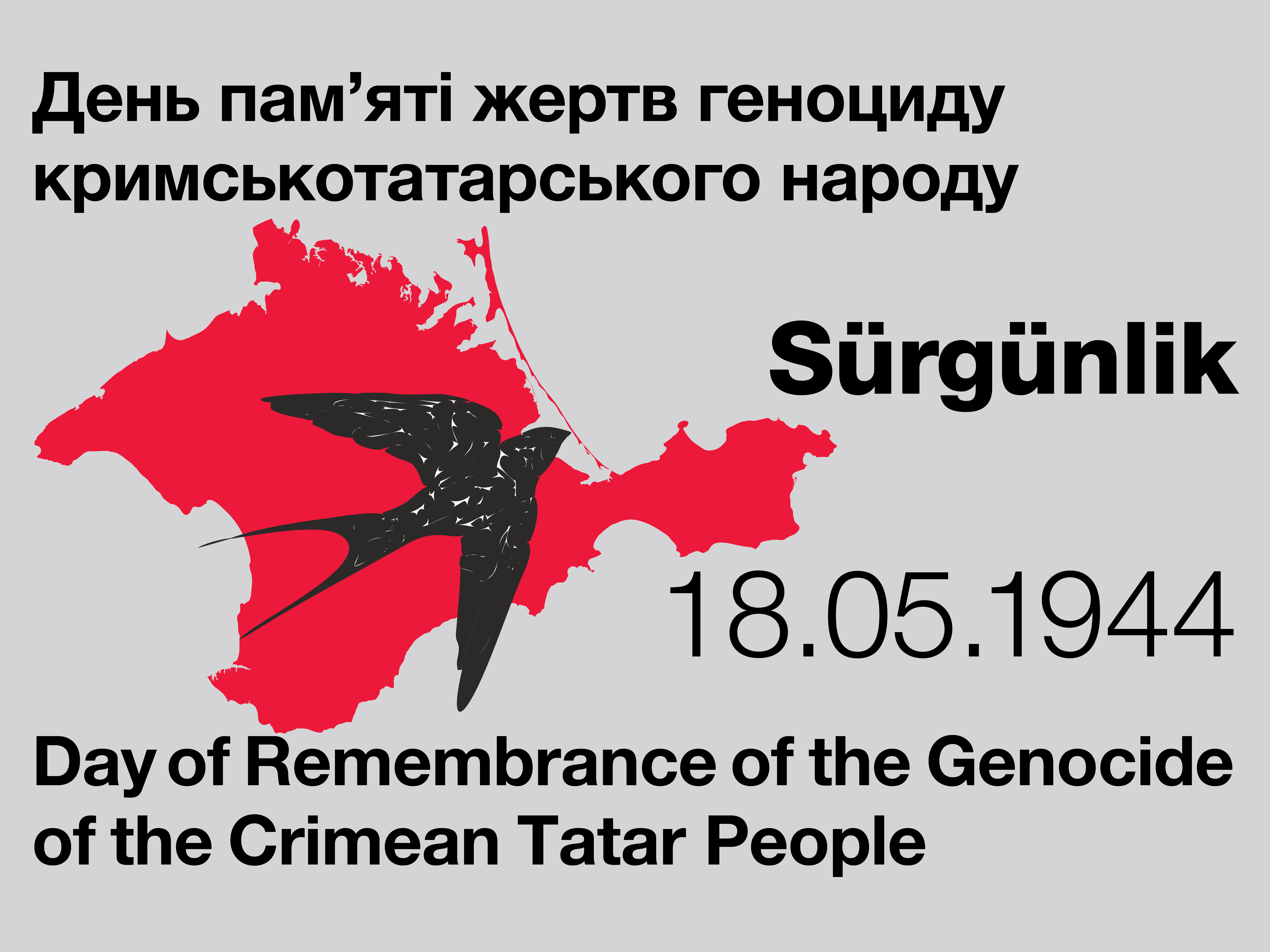 In 1944, the totalitarian Soviet communist regime exiled the Crimean Tatar People, the indigenous people of Crimea, from their homeland. Hundreds of thousands of men, women and children were forcibly and violently deported to Siberia and Central Asian regions of the USSR. Nearly half lost their lives during the first year of exile. The Soviet regime prohibited the Crimean Tatar People from returning to Crimea for almost 50 years.

May the Memory of the Victims be Eternal. Вічная Пам’ять.

The UCC stands in solidarity with the Crimean Tatar People and calls on the international community to increase pressure on Russia to end its illegal occupation of Crimea.

On May 19, at 12PM EDT, the UCC, in partnership with the Human Rights Research and Education Centre at the University of Ottawa and the Embassy of Ukraine in Canada, is hosting a webinar, Current Developments in Russian-occupied Crimea: Human Rights Situation and Russia’s Military Buildup. To register for the event please click on the image below 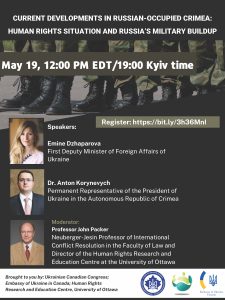