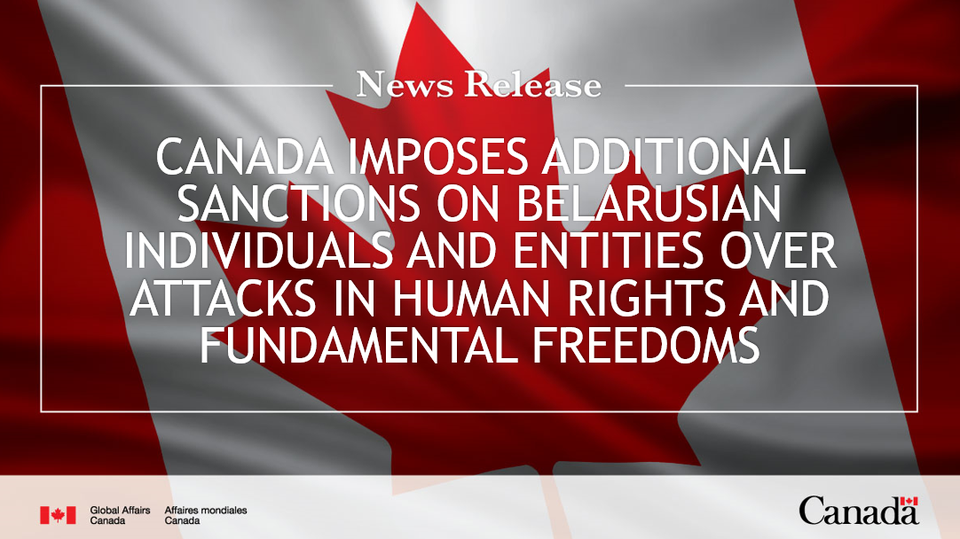 The UCC welcomes the announcement of additional Canadian sanctions in response to gross human rights violations by the Belarusian regime. Today, the Government of Canada, together with EU, American and British allies imposed sanctions against 17 Belarusian individuals and 5 Belarusian entities in response to gross human rights violations in Belarus, including the hijacking of a commercial RyanAir Flight and the abduction of opposition journalist Roman Protasevich. 72 Belarusian individuals and 5 entities have now been sanctioned under Canada’s Special Economic Measures Act.
On May 23, the UCC wrote to Minister of Foreign Affairs Marc Garneau calling on the Government to impose sanctions against the Belarusian regime. That letter is available here:
https://www.ucc.ca/…/may-23-2021-belarus-lukashenko…/
Today’s announcement by Canada’s Department of Global Affairs is available here:https://www.canada.ca/en/global-affairs/news/2021/06/canada-imposes-additional-sanctions-on-belarusian-individuals-and-entities.html
0 Likes