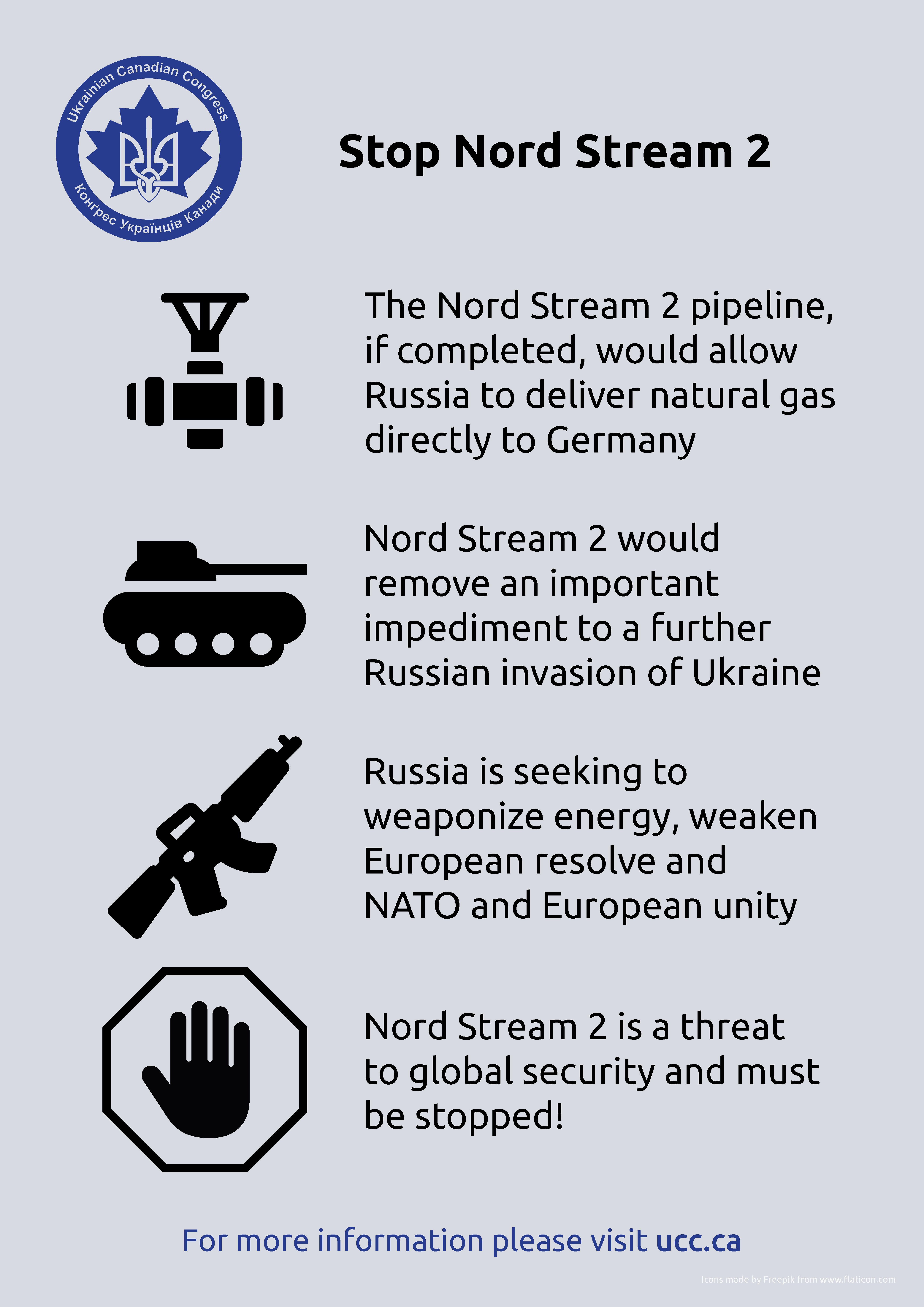 July 21, 2021. OTTAWA, ON. The Ukrainian Canadian Congress (UCC) calls on the international community to explicitly voice its opposition to the Nord Stream 2 pipeline and work with allies in the US Congress, the European Union, and Ukraine to ensure the pipeline is never completed or operationalized.

“The Nord Stream 2 pipeline is an enormous threat to transatlantic security, and its completion would make a further Russian invasion of Ukraine far more likely,” stated Alexandra Chyczij, National President of the UCC. “The UCC calls on the international community to work with the US House of Representatives and Senate, and allies in the European Union and Ukraine to ensure that Nord Stream 2 is not completed or operationalized.”

The UCC shares the position of the Ukrainian Congress Committee of America, which stated yesterday, “The United States should not only fully administer congressionally mandated sanctions against the Nordstream 2 pipeline project, it should further sanction any of the subcontractors that work on the Nord Stream 2 pipeline to ratchet up the pressure on Russia to finally leave Ukrainian territory. UCCA calls on President Biden to maintain the commitments made to our allies in Eastern Europe and continue America’s bipartisan record of support for Ukraine.”

As Representative Marcy Kaptur, co-chair of the US Congressional Ukraine Caucus, stated yesterday, “when Germany and Russia collude, the people of Central and Eastern Europe pay the price.”