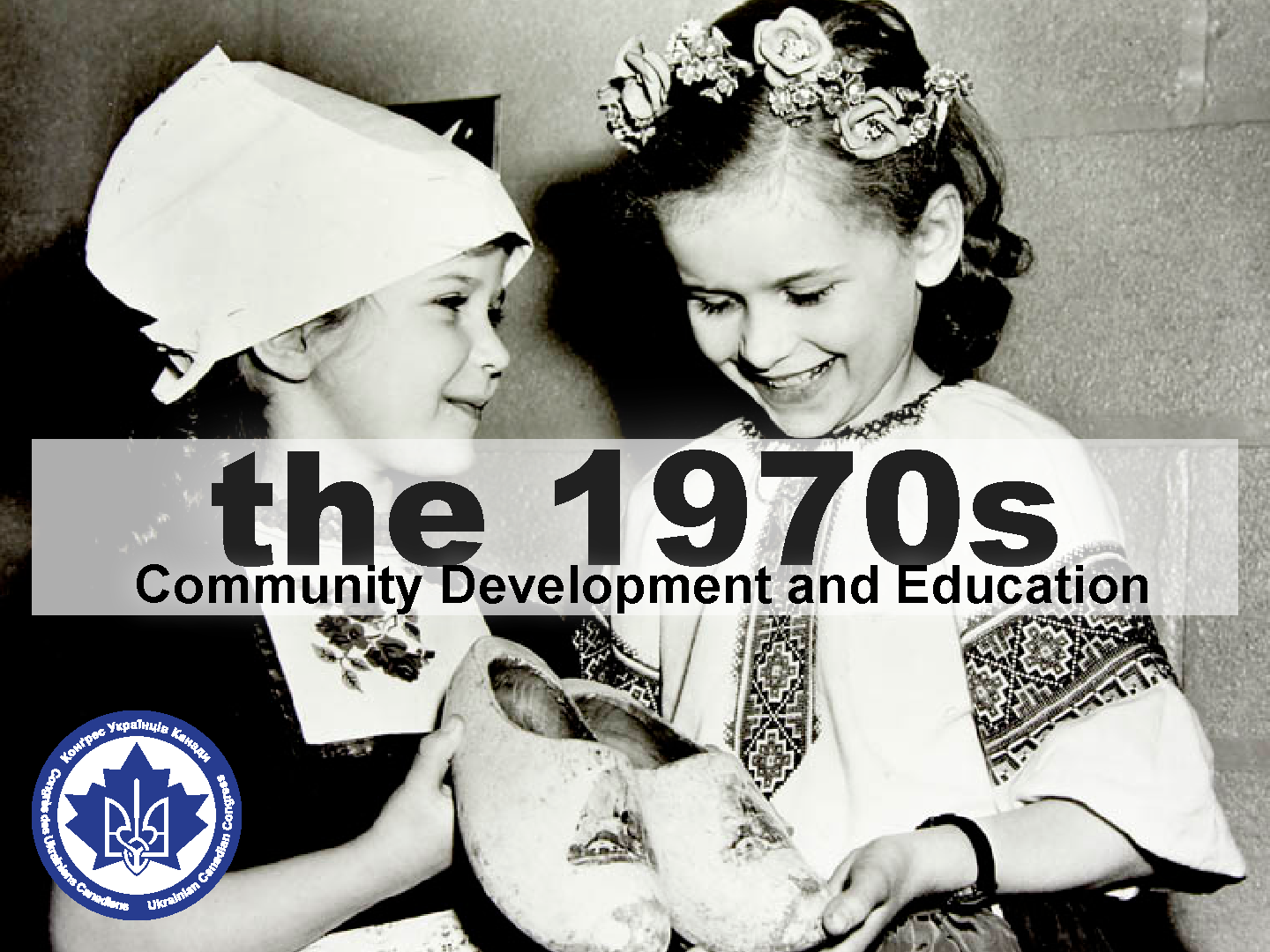 The 1970s were an exciting and dynamic time of change for the Ukrainian community in Canada.

Education has always been important to the Ukrainian Canadian community.

From the earliest days of Ukrainian life in Canada, our forebears knew the value of education and built schools and institutions for their children.

As the Ukrainian-Canadian community continued to grow and prosper in the 1970 so did the need for bilingual—Ukrainian-English—education.

As our community worked hard to establish schools and teach our language and history across Canada, the need for a more co-ordinated approach to Ukrainian education became clear.

In the late 1960s and early 70’s the Government of Canada’ Commission on Bilingualism and Biculturalism recognized that Canada needed to officially recognize other ethnic minorities that make up our cultural landscape.

This policy of multiculturalism was officially announced in 1971 at UCC’s tenth Triennial Congress by Prime Minister Pierre Eliot Trudeau.

With help from the newly formed department of multiculturalism the UCC worked to create and publish materials to teach Ukrainian in High schools. Audio visual materials for Grade 10 in 1972 and grade 11 in 1974 were developed.

And in 1977 UCC organized a national conference about teaching of the Ukrainian language in public schools.

Higher education was also a focus of the community efforts. In 1974 sponsored by the UCC, professors from all across Canada gathered in Winnipeg to discuss the need for co-operation between post-secondary Ukrainian study programs

Across Canada the UCC organized Provincial Councils to address the policy challenges at the provincial level including health, education and immigration.

A proactive approach focusing on both interprovincial and national coordination was taken and strengthened the Ukrainian Canadian Community’s ability to address policy challenges.

To this day education continues to be at the heart of the Ukrainian Canadian community.

The hard work of our community from our pioneers through to today has ensured that our community’s children continue to learn our language and about our culture even when schools are closed because of the global covid 19 pandemic.

With many new communities emerging across Canada—the goal of UCC remains unchanged—to be the voice of Canada’s Ukrainian community.

From the shores of PEI and Nova Scotia to Vancouver Island—UCC continues to lead, coordinate and represent the interests of all 1.4 million Ukrainian Canadians.