Inspired by the young generation!04 August 2021Next 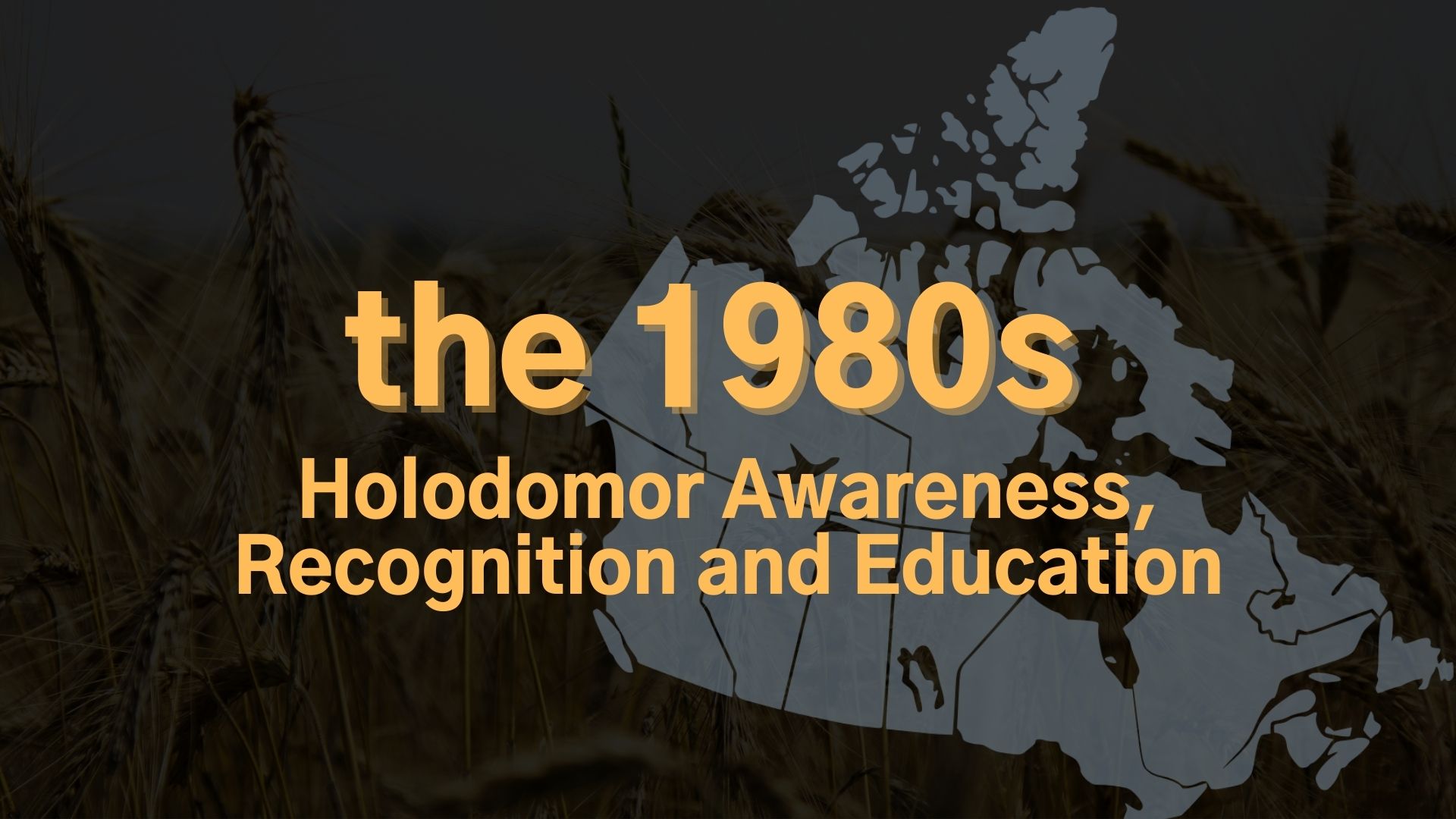 In 1932-33, the Ukrainian nation was condemned to death by starvation by the Soviet Communist regime of Joseph Stalin. Millions of men, women and children were murdered by the Communist regime during the Holodomor Famine-Genocide, because of the Ukrainian people’s aspiration for independence, their desire to maintain their traditions and speak their language.

To break the Ukrainian people’s resistance to Soviet rule, the Communist regime turned food into a weapon. All food and grain were confiscated. The borders of Ukraine were sealed. Anyone who resisted was executed or sent to the Gulag. In one of history’s greatest crimes, the totalitarian Communist regime committed genocide against the Ukrainian nation.

For well over a half a century Soviet government covered up the Holodomor and denied its existence. Banned from even being mentioned in the Soviet Union, the Ukrainian diaspora and scholars in the West informed the world about the Holodomor. In Canada, the first Holodomor monument was unveiled in 1983 – on the 50th anniversary of the Holodomor – in Edmonton. Located in front of Edmonton’s city hall, the monument was sculpted by Ludmila Temerty.

In 1982, to commemorate the 50th anniversary of the Holodomor, the Ukrainian Famine Research Committee (now the Ukrainian Canadian Research and Documentation Centre) in Toronto initiated groundbreaking research with the intention of producing the first documentary film about the Famine-Genocide perpetrated by the Soviet Regime in Ukraine 1932 – 1933.

The Committee collected materials, sought out and interviewed witnesses and survivors and documented their testimonies. The critically acclaimed documentary film, Harvest of Despair, was the product of these efforts. The film won a number of awards in international film festivals and played a vital role in informing the world about the Famine, and about Soviet efforts to distort history and cover up this genocide.

Harvest of Despair was translated into several languages and was shown on a number of major television networks.

In 2006, Ukraine passed a law which states that “The Holodomor of 1932-1933 in Ukraine was genocide against the Ukrainian people.” On May 29, 2008, Canada’s Parliament recognized the Holodomor as an act of Genocide and established the fourth Saturday of November as Ukrainian Famine and Genocide (Holodomor) Memorial Day.

Work on ensuring that the Holodomor is remembered continues in Canada to this day. Тhe Holodomor National Awareness Tour, led by the Canada-Ukraine Foundation, visits schools and public events across Canada – is one of many important efforts undertaken by the Ukrainian Canadian community to raise awareness in our society about the Holodomor.

In 2013 the Holodomor Research and Education Consortium, which promotes the research, study, and understanding of the Holodomor at the Canadian Institute of Ukrainian Studies at the University of Alberta was founded, with the support of the Temerty Foundation.

In 2017, the feature-film Bitter Harvest, produced by prominent community leader Ian Ihnatowycz, brought the story of the Holodomor to audiences around the world.

These efforts are successful first and foremost because of the commitment and dedication of Holodomor survivors, who share their experiences in the hope of educating younger generations and contributing to a better world. Through such initiatives as Share the Story, the courage of Holodomor survivors ensures that this genocide is never forgotten. This year, the Global Holodomor Descendants Network was launched to be the unique voice that will continue to share familial stories and keep our memory of the millions of innocent victims of the Holodomor forever alive.