The Free World Must Stand With Ukraine 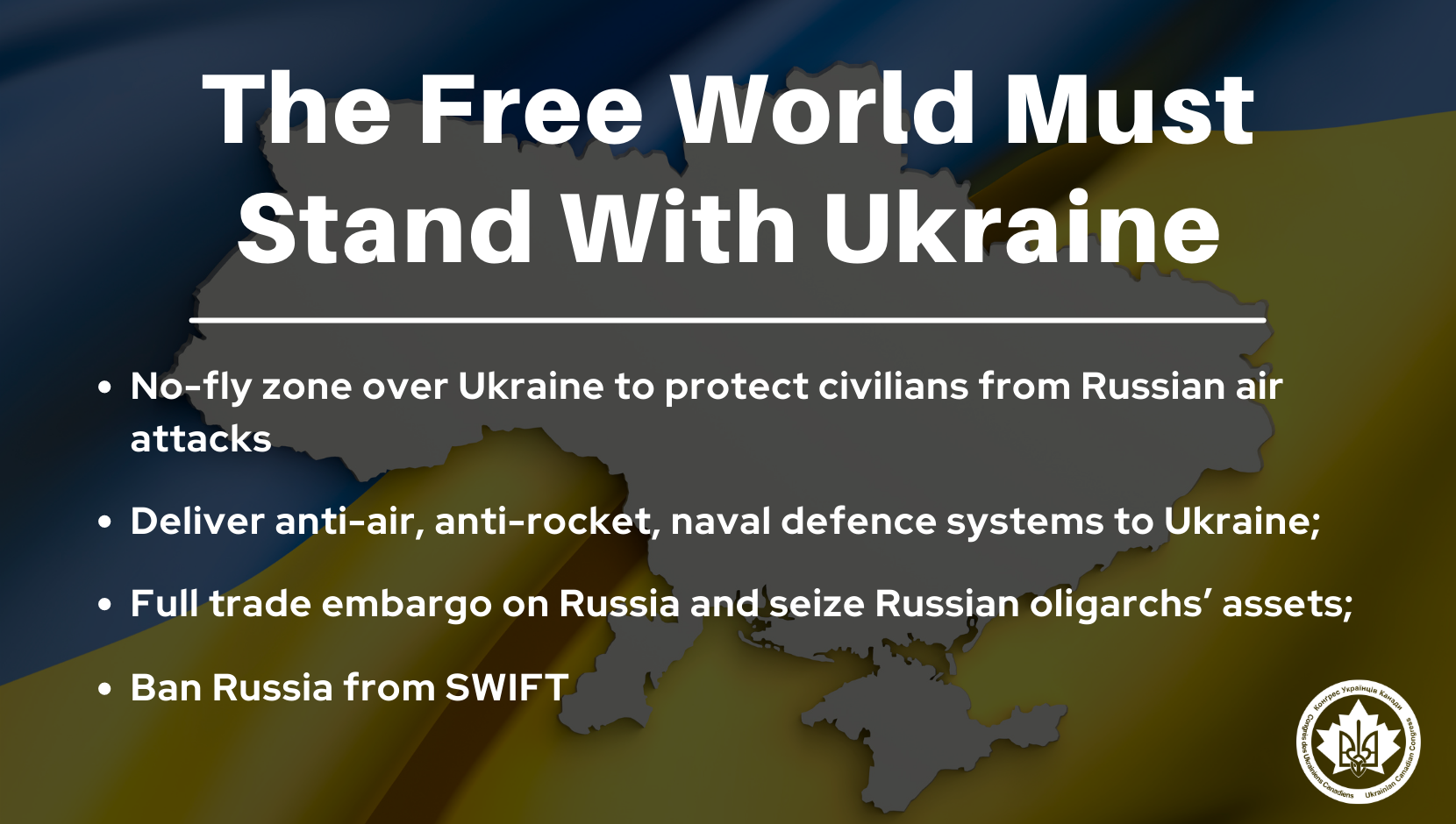 February 24, 2022. OTTAWA, ON. As Russia continues its barbarous and vicious attack against Ukraine and the Ukrainian people, the Ukrainian Canadian Congress (UCC) calls on the Free World to Stand With Ukraine.

“The unprovoked and ferocious war that Russia has unleashed upon Ukraine is an evil unseen in Europe since World War II,” stated Alexandra Chyczij, National President of the UCC. “The resources of the Free World must be marshalled in the defence of Ukraine’s liberty. If Putin succeeds with his assault on Ukraine, the light of freedom in Europe may be extinguished for a generation.”

Today, Canada, the United States, the United Kingdom and the European Union, Japan and other democratic states announced coordinated sanctions against Russia, isolating it from the global financial system and access to technologies.

The UCC calls on Canada and our allies to:

The Ukrainian Canadian community expresses its profound admiration for the courageous men and women of Ukraine’s Armed Forces who today defend Ukraine from a cowardly and criminal Russian enemy that purposefully targets civilians, commits war crimes and seeks to destroy the Ukrainian people.

Ukraine and the Ukrainian people will be victorious. For freedom always defeats tyranny, and, as the Book of Matthew teaches, “All who take up the sword shall perish by the sword.”