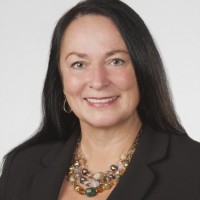 Diane Lorraine Boyko is the mother of Lesia (Drew) & Stacia (Isaac) Horbay; the daughter of Harry & Joyce (Sorokan) Boyko; the grandchild of Wasyl & Nettie (Halabura) Boyko, and Dmytro & Emily (Bokshowan) Sorokan;, the great-granddaughter of Jacob & Irina (Dupchak) Boyko, and Kyrilo & Paraska Halabura and Hryhori & Paraska (Trischuk) Sorokan and Wasyl & Elena (Boychuk) Bokshowan, the older sister of Karen (Murray) Oleksyn and Rob Boyko, and the aunt of Ryan, Brett and Nicholas. Her family tree has many deep roots and is an important part of who she is.

Diane Boyko was born and raised in Alvena, Saskatchewan into a family that ensured being Ukrainian was a way of life. The language was spoken, the traditions maintained, and God was a part of their lives. Upon moving to Saskatoon to attend the University of Saskatchewan, Diane immersed herself in the community, singing with Vesna Choir, dancing with Yevshan, and serving at the Cathedral of St. George on Parish Council, directing the UCY program, serving as president of the UCWLC.

In 2003, Diane was elected as a trustee to the Greater Saskatoon Catholic School Board, serving as Chairperson for the past 10 years. Diane has served as a representative for the Saskatchewan School Boards Association to the University Senate and the Ministry of Education’s Student Achievement and Assessment Advisory Committee. As an ambassador through education, she models herself by promoting values of language and heritage as an integral part of the school experience. She is particularly proud of the Bishop Filevich Ukrainian Bi-lingual School celebrating its’ 40-year anniversary! Diane diligently builds partnerships with numerous agencies to provide nutrition programs, leadership opportunities and cultural enrichment, particularly with First Nation communities.

Diane extends her leadership and creative talents into the greater Saskatoon community. She is the coordinator of the Sundog Arts and Entertainment Faire in Saskatoon, since 1995, served as co-chair of the JUNO Awards hosted in Saskatoon in 1997, and the committee hosting Canadian Country Music Awards in 2012 and 2017.

Diane serves as Vice President of the Board of Directors of Musée Ukraina Museum, mentors for Leadership Saskatoon, supports Tourism Saskatoon initiatives, and participates in the Ukrainian Canadian Professional & Business Association. Diane is a proficient public speaker, serving as MC at numerous festivals, concerts, galas and banquets. One of Diane’s highlights was co-mc of the 125th National Gala Showcase concert celebrating 125 years of Ukrainian immigration to Canada in 2016.

In 2012, Diane she was honoured with the Queen’s Diamond Jubilee Medal, and in 2015 received the Nation Builders Award from UCC – Saskatchewan.