November 10, 2020. OTTAWA, ON. This year, National Holodomor Awareness Week, commemorating the 87th anniversary of the Holodomor, the Soviet Communist regime’s genocide against the Ukrainian people, will be launched from November 23-29, 2020.

We pray for the Ukrainian people who continue to defend the territory of Ukraine from the aggression of the Russian Federation and protect the right of every Ukrainian to live with dignity on Ukrainian soil where fundamental human rights and freedoms are respected.

We invite all Canadians to join the Ukrainian community in Canada in sharing the story of the Holodomor.

“The Holodomor – the Soviet Communist regime’s genocide against the Ukrainian people, in which millions of innocent people were murdered – was covered up and denied by Soviet authorities for decades,” stated Irene Mycak, Chair of the UCC National Holodomor Awareness Committee. “Please join this campaign to assist us in informing the world about this act of genocide. Through awareness and education, we ensure that such crimes are never repeated.”

The petition is part of the #DeepTruth campaign  launched by the Holodomor National Awareness Tour,  in which the UCC is a proud partner.

This year, the National Holodomor Commemoration will take place online. Many communities will also be holding online events.

The UCC has compiled a list of Commemorative Events, lectures and webinars. To see the list of events taking place this year, please see here: 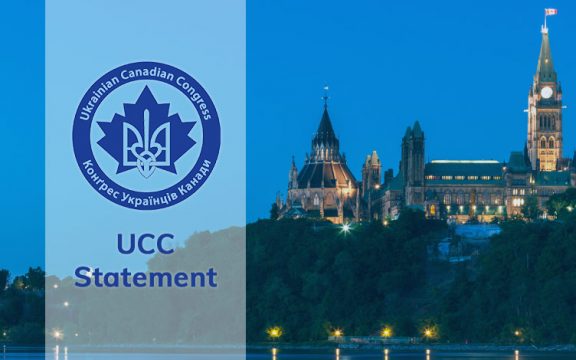